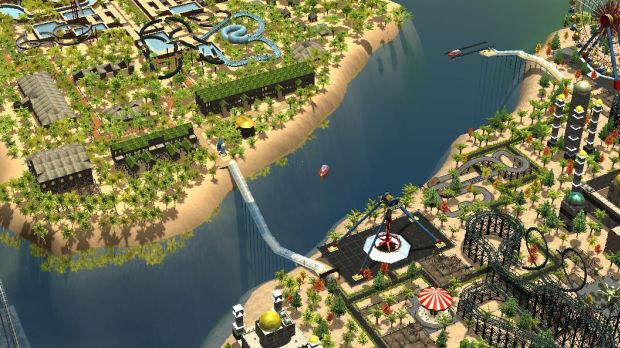 RollerCoaster Tycoon is coming to the Nintendo Switch; Atari’s crowdfunding campaign to get the venerable theme park sim franchise to Nintendo’s hit hybrid appears to have been successful, and Atari Game Partners has released a new statement explaining their vision for the full game- presumably to get more people interested in investing into its production.

Apparently, the game will have three modes, all of which should be familiar to fans of the series- Scenario, where you are given a theme park with exiting parameters and conditions, and asked to achieve specific milestones; campaign, which sees you take on subsequent scenarios to grow you theme park; and sandbox mode, which gives you unlimited time and money to do things with.

The game will support JoyCon and touch screen navigation, and will run at 1080p and 30fps docked, and 720p and 30fps in handheld mode. It sounds like it would be a full featured rendition of the classic series on the hybrid, and it would suit it very well, too- hopefully Atari doesn’t find a way to mess this up.

RollerCoaster Tycoon is going to launch only on the Nintendo Switch some time in 2018.