Sacred 2 takes you to the land of Ancaria. T-Energy has long been fought for and is now rampant across the land destroying cities and changing animals into hellish creatures. You must choose your path to either heal the land or aid in its destruction. Though the premise of the story isvery cliché, it sounds interesting right? That interest ends as soon as you start playing the game. The story quickly abandons you as you begin to roam the world completing one mindless task after another.

The game allows you to select fromone of six classes, the Seraphim, Shadow Warrior, High Elf, Dryad, Temple Guardian, and Inquisitor. Each is either a mage, warrior, or ranger/archer. None of them are truly original, though the Temple Guardian is unique in the fact that his weapon is a cannon arm which is very cool. It gives him some restrictions for equipment use but also gives him some unique abilities. He also has the best back-story. Once you choose a character you choose between the light or dark path. From there you begin to embark on the main quest line. The problem with the main quest line is that it is boring. There is nothing thrilling going on and nothing to make you want to keep pushing forward. Everything is just tedious and generic. If that isn’t enough for you then try one of the hundreds of secondary quests that are even more boring and tedious. Some quests are fun, such as when you have to attack a village, but for the most part they fail to amuse. Along the way you will fight bandits and a variety of monsters. There is a solid variety of enemies but most don’t take more than a hit or two to defeat leaving the combat very unsatisfying. There is no challenge; the only time you will die is against some boss monsters or simply by ignoring your health bar. Speaking of the health bar, the developers decided to put it in the corner. By the logic of out of sight, out of mind, you’ll find yourself ignoring the bar not because you want to but because you completely forget it is there. When and if you do die you will be annoyed asking yourself why. The simple answer is that the developers made a poor choice in placement. It doesn’t seem like a big deal but in a combat heavy RPG it is. 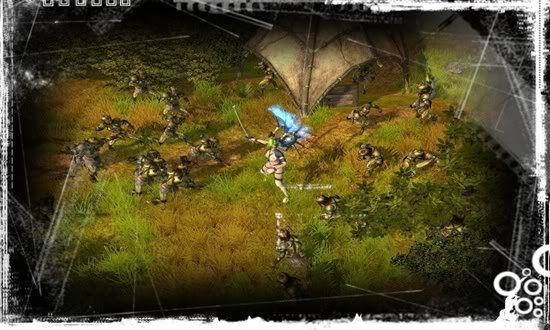 To the game’s credit, there is a lot of content. There are dozens of villages with people who have problems and want you to fix them. Add to that the tons of gear to find and dungeons to loot and you have quite a lot to do. If you did want to do everything it could take weeks for the average gamer and send you around almost the entire world, which by the way is huge, and back. There are several distinct zones. Each has its own topographical features like snowy mountains and grassy plains, each looking very nice. As you walk the land of Ancaria you’ll hear chirping birds, rough winds, babbling brooks, and unfortunately your character. The voice acting is laughable at best and their lines are even worse. The other sound effects are decent enough that they don’t bother anyone.

The gameplay is solid, you can run around, attack stuff, and use abilities and magic at the press of a button. You simply assign your weapon to a button and three abilities to the others. You can hit buttons in succession to create combo attacks. The controls for Sacred 2 are much more suited for consoles but work well on the PC anyway. Their simplicity makes the game easy to pick up and play. That also makes it easy to bring in a friend for co-op. You can play two player co-op on one console or go online with up to three others or 15 others on the PC. The game is much more enjoyable with a friend because you can ignore the tedious nature of quests and instead enjoy doing them in the company of another. 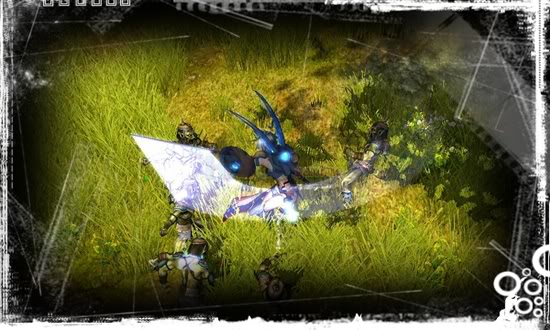 Sacred 2 is clearly made for those who enjoyed Sacred. It is more of what fans wanted and doesn’t do much to bring in new players other than by targeting console owners. If you like the first then Sacred 2 is for you. As for everyone else, if you don’t mind doing mindless quests then Sacred 2 will keep you busy for the foreseeable future, especially if you have someone else to play with. Otherwise you’ll probably want to stay away from this one.

Huge map with tons of quests and baddies to kill. Co-Op is fun.

Final Verdict:
FAIR
The choice between light and dark has never been so dull.
A copy of this game was provided by Developer/Publisher/Distributor/PR Agency for review purposes. Click here to know more about our Reviews Policy.