Not quite a sequel, but far more than an expansion, Samurai Warriors 4-II nevertheless manages to be a respectable addition to the series.

Samurai Warriors 4-II is weird- and I mean weirder than the average musou game. The weirdness here comes from questions about exactly what this game is– is it a re-release? An expansion? A sequel? The name implies it’s a straight up sequel, but really, it’s a bit more complicated than just that. Samurai Warriors 4-II occupies some sort of nebulous intersection of those three spheres. It’s somehow all three at once.

Ostensibly, this is a brand new release- it features an all new story mode, that ditches the broad strokes storytelling of its predecessor, and instead presents us with a more personal take on the massive battles and wars that have always been the series’ forte. It even features a couple of new modes, one of which is probably my favorite addition to a Warriors game ever. But on the other hand, Samurai Warriors 4-II borrows liberally from the original Samurai Warriors 4- characters, music, mechanics, entire maps, and even voice work seems to have been lifted and put here as is. It’s an exercise in bold faced Ctrl+C, Ctrl+V.

It gets even harder to review the game, because its actual foundation is identical to the original Samurai Warriors 4- the new game plays identically, with no change in the mechanics. While it’s a bummer, then, that this isn’t Samurai Warriors 5 (although why you would want that so soon remains beyond me), Samurai Warriors 4 was probably the best playing and most satisfying Warriors entry yet- so a new one being based on it isn’t necessarily the worst thing in the world. Even in the worst case scenario, you’re going to have a fun time button mashing your way through the hordes of enemy that show up to be sliced by your blades. 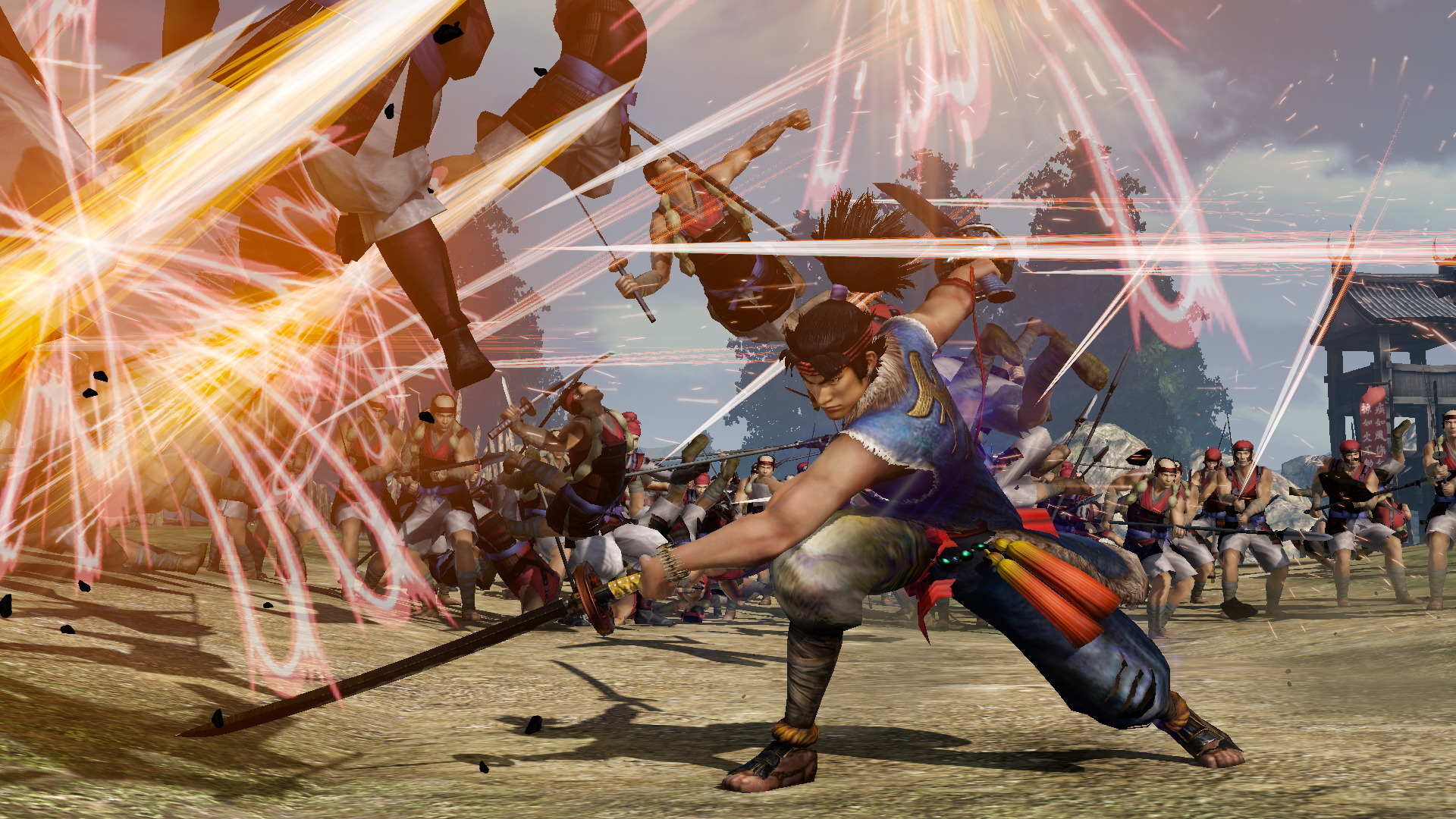 If somehow you have managed to stay unaware of what a Samurai Warriors game entails, here’s the CliffNotes version- set in feudal Japan, the games serve to be a retelling of actual historical Japanese battles, though they’re usually about as accurate as a Wikipedia page. The settings lend themselves to some great artstyle, music, and atmosphere, however, as well as an excuse to cut down hundreds upon hundreds of milling enemies that show up on your screen. Samurai Warriors games, much like all musou games, play like simplified action games, usually asking a player to chain a heavy attack to a light attack to string together new moves.

Samurai Warriors 4 changed things up a little- it allowed you to create new moves by chaining light attacks to a base heavy attack move, meaning that all of a sudden, you had double the number of moves than you had in any Warriors game previously. These Hyper attacks are incredible, and can cut through waves of enemies in seconds. They’re completely ineffective on enemy generals, however, meaning the game discourages mindless button mashing this time around, and actually makes you think about what attack you want to use.

The game also features finisher moves- in the middle of the battle, you can often see enemies with button prompts over their heads, and initiating these usually unleashes a spectacular, visually impressive kill, and without breaking your combo either.

All in all, it’s extremely mindless (in spite of effort made to alleviate that), but that’s the point- the game encourages a sort of zen state, a trance where the player is engaging with the game without much conscious thought or effort. While I appreciate the nuance of a Bayonetta or a Devil May Cry, there is something to be said for losing myself in a game so thoroughly, I am startled when I break away from it. Samurai Warriors 4-II’s gameplay, which is the perfect blend of stimulating and repetitious, encourages just that. 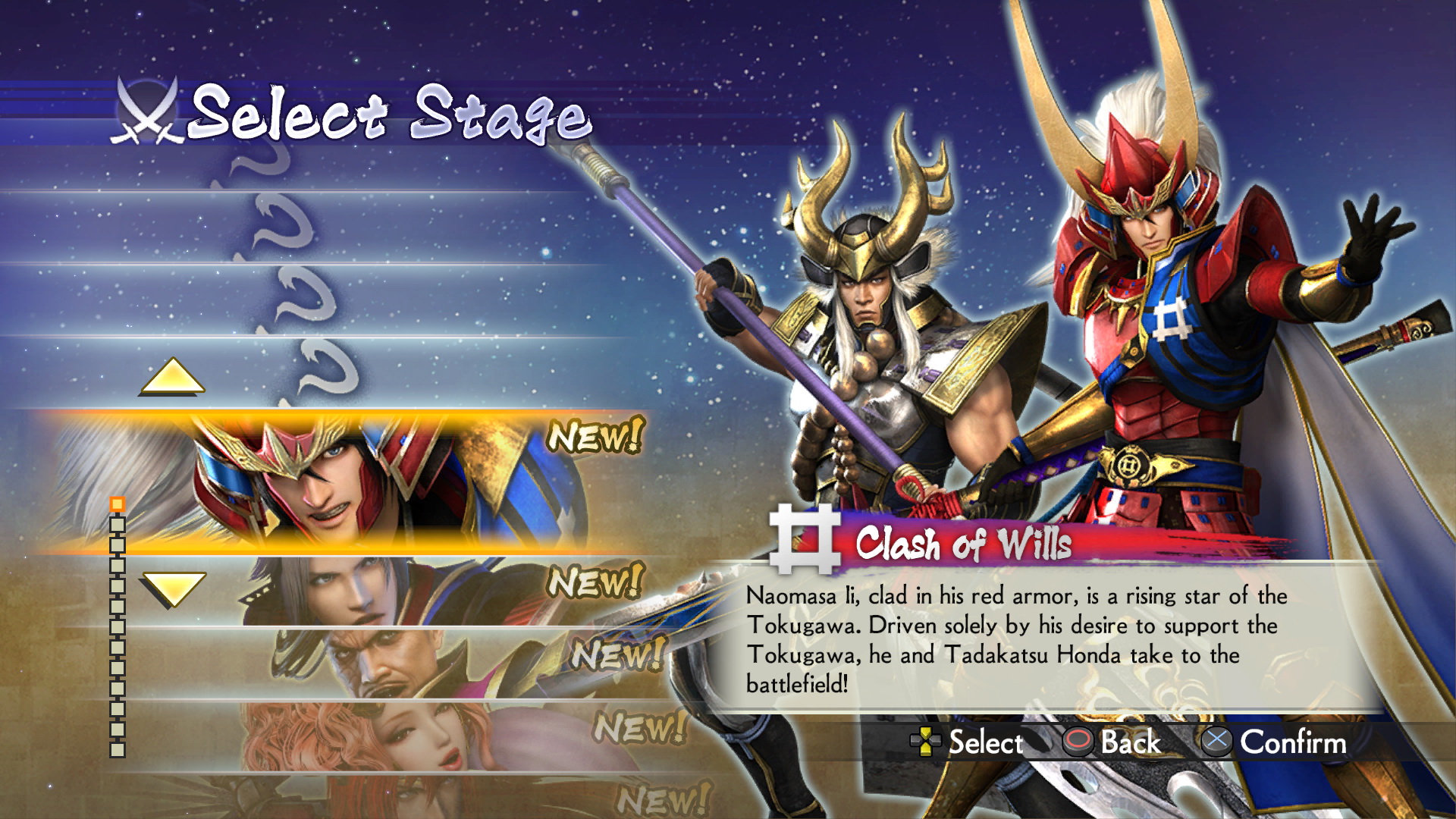 "The game encourages a sort of zen state, a trance where the player is engaging with the game without much conscious thought or effort."

This gameplay is spread across multiple game modes, too. While Samurai Warriors 4-II definitely is not as massive in scope as Samurai Warriors 4 was, which featured a frankly absurd amount of content, there is still a lot to do here. There’s a story mode, with twelve different paths to see, and all of them fairly different from one another (although I think the story mode here is decidedly inferior to the one found in Samurai Warriors 4, failing to develop its characters adequately, and in its focus on characterization, failing to establish the scope of the conflict that serves as a backdrop as well), but the real new addition here, and like I said, my favorite new mode in a Warriors game in a while, is Survival Mode.

The name may recall the Horde modes that characterize multiplayer modes in countless action games, but Survival Mode here is something completely different, and arguably the best realization of the Warriors gameplay formula. It puts you into a castle, and tasks you with clearing as many floors as possible. Clearing floors, in turn, relies on taking out enemies, and also on completing objectives that vary- it can be something as simple as killing a certain number of enemies, clearing a certain area on the floor you are on, or something as thrilling as taking down one specific officer. There are also optional variables on hand here to mix things up- you can make this a Gold Rush mode, where your aim is to farm as many coins from your enemies as possible, or Time Attack, which most resembles classic Horde modes.

The structure with variable objectives is great, but what really makes Survival mode stand out is the maps- as opposed to the vast, wide open fields that most Warriors maps entail. These claustrophobic corridors with tight corners and blind curves can really add to the tension of the gameplay, and are among the most exciting encounters you will ever have had in a Warriors game. 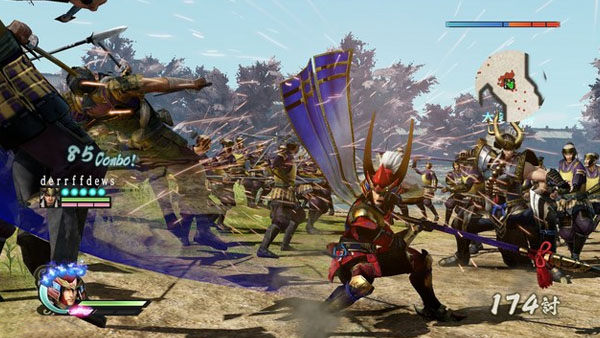 "The name may recall the Horde modes that characterize multiplayer modes in countless action games, but Survival Mode here is something completely different, and arguably the best realization of the Warriors gameplay formula."

But while Survival Mode is a great addition to the series, it is a shame that Koei Tecmo and Omega Force did not take the time to address so many flaws that continue to be an issue for Warriors games in general, and Samurai Warriors 4-II in particular- the game, for example, still looks pretty poor, even for a PS3 or Vita game, but especially when running on the PS4. I will not undermine its art, which remains gorgeous, but the actual graphics can maybe be described as functional at best. These issues also extend to the story and storytelling, and make it hard for the player to truly invest themselves in anything that is going on- which makes the game’s insistence on telling its story very irritating, since really, the main reason most people are playing these at this point is the gameplay (this is also probably why Survival Mode appealed to me as much as it did).

But that’s the thing- those issues exist. They will continue to exist for the foreseeable future, and if you weren’t a fan of the games before, you certainly won’t be sold on them with Samurai Warriors 4-II. But if you are one of the people who appreciate this series’ unique brand of action gameplay, then there is plenty to like in Samurai Warriors 4-II- the best gameplay system in the series, combined with a great setting, a massive amount of content, and the all new Survival Mode make this game an easy sell for the fan.

Highly refined gameplay system that can lead to an almost Zen-like state of trance; massive amount of content; Survival Mode is awesome

If you are one of the people who appreciate this series' unique brand of action gameplay, then there is plenty to like in Samurai Warriors 4-II- the best gameplay system in the series, combined with a great setting, a massive amount of content, and the all new Survival Mode make this game an easy sell for the fan.