Everything you need to know about Samurai Warriors 4 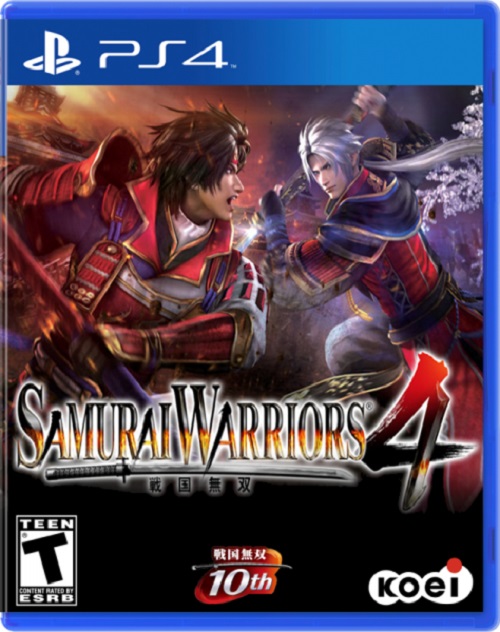 Samurai Warriors 4 (Sengoku Musou 4) is an upcoming hack and slash action game that is ​currently set to be published by the masters of the genre, Tecmo Koei, the creators of such smash hit games as Dynasty Warriors and Ninja Gaiden, both of which evolved and refined the hack and slash Genre. Developing the game is Omega Force, a video game developer that works for (but is not a subsidiary of) Tecmo Koei. They achieved acclaim with their work on the Dynasty Warriors series of video games, more recently however they’ve famously worked with Team Ninja (of Dead or Alive fame) to create Hyrule Warriors.​ ​

The game is currently available in Japan, but has not yet launched in other territories. Samurai Warriors 4 launched in Japan for the PlayStation 3 and PS Vita on March 20th of 2014 with a PlayStation 4 port being launched this year on September 4th. The game is also set to launch in North America on October 21st of 2014 and in Europe on October 24th of 2014.

The game has received a cross generational release, but remains exclusive to PlayStation platforms having launched on the PlayStation 3, PlayStation 4 and PS Vita.

​Samurai Warriors, much Like Dynasty Warriors, is massively popular within the niche audience it caters for, this is however rarely represented in terms of critical reception where the games tend to arrive to lukewarm reviews and scores that aren’t particularly impressive. Yet despite this, the series has still found a place in gamers hearts, and it’s because of this that the gaming community were pleased that a sequel to Samurai Warriors was 3 in development.

Samurai Warriors 4 is the title with the largest character roster in the series to date, numbering a total of 55 characters as well as 3 characters that had been removed from the main series of games.

This was all confirmed in 2012 but it wasn’t until an official Sony Computer Entertainment of Japan press conference in September 2013 when the game was announced to be coming to the PlayStation 3 with a PS Vita counterpart being announced at the same time. With Samurai Warriors 4 being a celebration of the series 10th anniversary, it’s not very surprising that the game was ported to the much more powerful PlayStation 4, both serving as a celebratory title as well as the series début on an 8th generation home console. Upon releasing in Japan, the game was well received by critics, the industry renowned gaming magazine Famitsu scored the game 34/40 and it was the second best selling game in the week it launched, selling in excess of 120,000 units.​ ​ 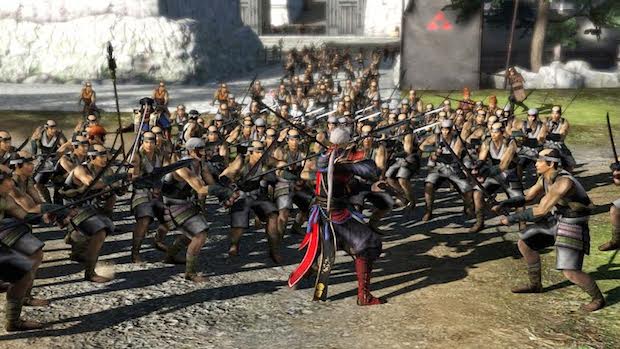 ​Samurai Warriors doesn’t follow one particular narrative, rather the player can take part in three separate stories.They are:

The Unification Story – The Unification story tells a tale of Hideyosh Toyotomi (“The Great Unifier” who ended the Sengoku period) who famously succeeded his lord Oda Nobunaga (a Japanese Samura Warlord). It also chronicles the clashing of Eastern and Western armies following Hideyoshi’s death. This famously led to the…

The Sanada Story – The Sanada story runs paralell to The Unification story and is more of a personal story. 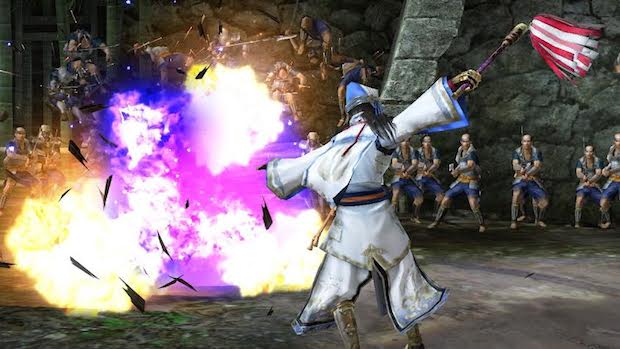 ​As with all the other main series games in the Samurai Warriors back catalogue, the game is played primarily from a third person perspective that helps the player take in the carnage of the battlefield and decide where it’s best to focus their efforts. Players are tasked with doing battle against the enemy and are encouraged to so with a variety of weapons, attacks, styles and powers.

Using theses various attacks and special moves are obviously the crux of the games combat system, the gameplay has been augmented with the inclusion of two new combat abilities. These are:

Hyper Attack – Hyper Attack is a powerful crowd control technique that allows players to take out larges groups of enemies in one fell swoop, although highly useful against most ordinary units, the Hyper Attack is useless ​w​​h​en used a​​gianst an enemy officer who will simply deflect the attack or remain uninjured by it.

Rage Mode – The Rage Mode mechanic greatly enhances the power of the players attacks but it will also enhance their musou attack strength by depleting the Spirirt Gauge. It’s very much a potent, risk Vs. reward ability.

Players can create their own characters through the games returning Create A Warrior mode. The Create A Warrior feature now comes packed with more content than previous iterations, this includes a total of five new weapon move-sets, two of which are from the spin off game Samura Warriors: Chronicles. These custom characters can be used in the games new Chronicle Mode which allows players to take order requests from their custom generals.

The games story mode now takes on a gameplay style much more in line with that of the Dynasty Warriors titles wherein the player is given a set of characters to choose from. Each of these characters takes part in the battle relevant to their actual contribution to the overall battlefield effort, thus some characters may not make an appearance at all.

A new gameplay mechanic has been introduced into the main game that has previously been used in the main series spin off title, Samura Warriors: Chronicles. This enables players to take two separate characters into battle, thus changing the gameplay dynamic and opening up space for a certain degree of strategy that is found in the Dynasty Warriors: Gundam series, it’s shallow strategy, but strategy none the less.

When the player takes to the battlefield and encounters one of the enemy officers, they may (if the conditions are right) engage in a duel with the officer and initiate a one on one fight. A duel can however only be initiated by a player controlled character. 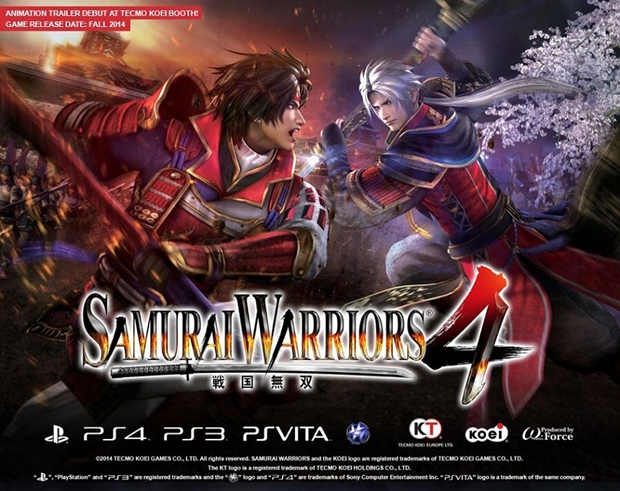 ​The game features a vast amount of characters of over 55 different individual warriors, as of yet we don’t have a compiled list of all the characters in the game.