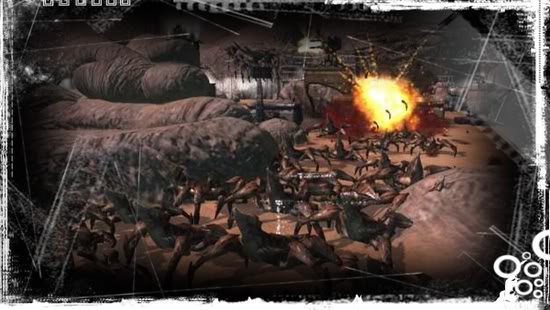 Savage Moon pits you and your strategic abilities against waves of over-sized insect-like creatures, much like those seen in the classic sci-fi movie, Starship Troopers. Your objective is to annihilate the charging creature before they are able to destroy your base. The weapons at your disposal are numerous – machine gun turrets, laser cannons, anti-air emplacements, etc. The enemy creatures are as varied as your weapon choices, ranging from flying wasp-like creatures to lumbering bruisers. The weapons and enemies in Savage Moon are reminiscent of those used in other real-time strategy games such as Command and Conquer.

As with other games of this genre, strategy is the name of the game. In order to be successful in each level, it is important to determine two key strategies- which weapons work best against the enemies being faced, and where should these weapons be placed in order to achieve their peak effectiveness. This may seem simple, but after the first few stages it becomes apparent that failure is at times inevitable. Through a fair share of trial and error, the ideal strategy can be formulated. Between each wave of attacks, you are given a brief period of planning in order to spend points earned by defeating enemies and to build new defense towers. It should be noted, however, that this time should be used wisely. Poor planning in these few moments of respite can easily lead to failure during the ensuing wave of attacks. 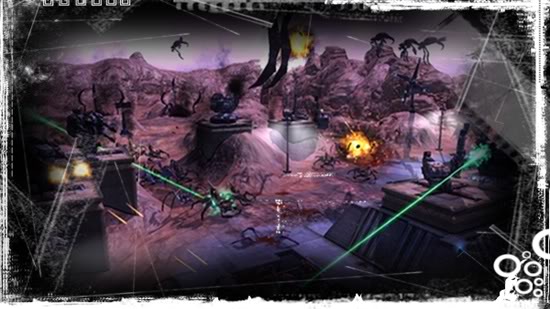 Graphically, Savage Moon does nothing to stand out from other PS3 titles, but when compared with the majority of tower defense games out there Savage Moon really holds its own. The landscapes, enemies, and towers are all well designed and certainly serve their purposes. Sound effects are sufficient and are varied enough as to not become overly repetitive. The graphics and sound effects of Savage Moon are certainly not ground breaking, but they won’t leave the player asking for more either. Controls to the game are simple and intuitive and shouldn’t be too much trouble getting used to.

Savage Moon can be completed in around 10 hours, depending on the experience of the player. Due to the nature of tower defense games, it is no surprise that multiplayer wasn’t included in this one. An online mode would have been nice, but at least there are online leaderboards. It should be noted as well that there is an alternate game mode in which players are faced with endless waves of enemies in attempts to reach high scores. This mode is somewhat repetitive, but it certainly adds to the games already lacking replay value.

Savage Moon is what it is – a tower defense game. It is one of the first of what may be many of its kind on the PlayStation Network. The game really adds nothing new in the way of strategic game play, but it does offer fans of the genre a competent tower defense game with graphics and features considerably better than its predecessors. If you are a fan of tower defense games, this one’s worth a shot. If you aren’t a fan or have never played them, go online and play a few of the many free, flash-based tower defense games first to see if they’re your style.

Final Verdict:
GOOD
Savage Moon is a challenging tower defense strategy game that is certainly worth a look for fans of the genre.
A copy of this game was provided by Developer/Publisher/Distributor/PR Agency for review purposes. Click here to know more about our Reviews Policy.