Screamride Wiki – Everything you need to know about the game

Everything you need to know about Screamride. 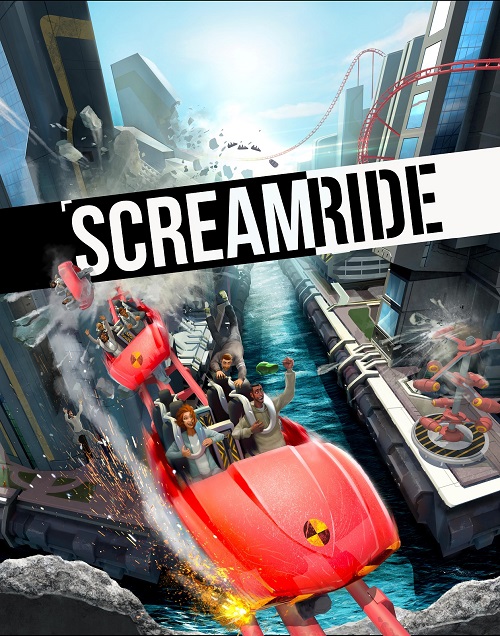 Screamride is an upcoming Construction Simulator that is combined with Management Simulation elements that is currently being developed by Frontier Developments, the same developer that is making the hugely anticipated Space adventure, trading and combat simulator Elite Dangerous.

The game is being developed with Microsoft platform exclusivity in mind and as such, is set to be published by Microsoft Studios. Slated to release in North America on March 3rd 2015 an March 6th of 2015 in Europe, the game is set to launch on the Xbox One and Xbox 360.

The development of Screamride has been somewhat, if not wholly, uneventful. This is most likely due to the fact that the developers working on the game, Frontier Development, is a hugely talent team.

Directing the games development is David Braben, a renowned computer programmer and CEO of Frontier Development that has in the past worked on other popular games like RollerCoaster Tycoon and the Wallace and Gromit franchise.

The game was officially announced and revealed to the general public in 2014 during the Gamescom 2014 event in Cologne, Germany. The reveal was accompanied by a reveal trailer that showed off the games use of building and its revolutionary destruction physics which makes use of an all new collision design. 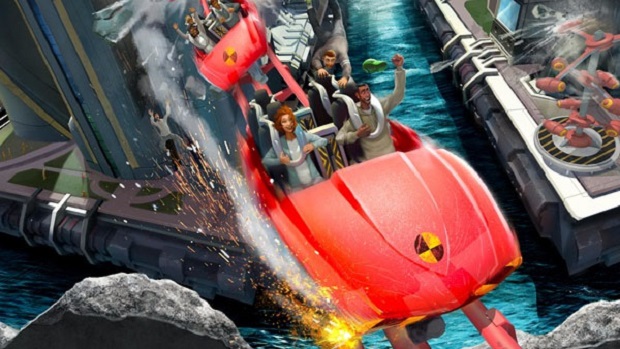 The game doesn’t have a conventional narrative and is instead a game which is about the game. The player need only build the biggest and wildest rides that they possibly can and use it to wreak havoc on those riding it by way of destruction, loops and massive dips etc.

This lack of a narrative is perhaps due to the fact that the game is considered to be the spiritual successor to the Roller Coaster Tycoon franchise of building and management games. 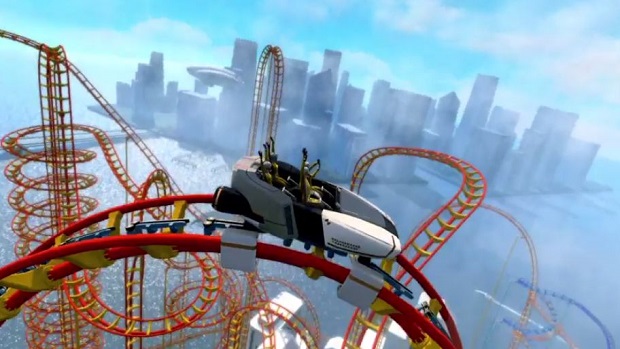 With Screamride being the spiritual successor to RollerCoaster Tycoon the game is heavily focussed on the building of roller coasters that are insane in the extreme. The game was shown to have more than 50 stages that would stretch across three separate gameplay modes that are all different.

The Engineer game mode the player can build their own thrilling rollercoaster rides for a theme park. These custom rides can be augmented with a series of add ons such as props and crazy track sections. Scenery is available for the stage as well and snaps in via modular segments.

The screamrider gameplay mode is the gameplay mode where they player can actually control and use the rollercoasters that they created in The Engineer game mode.

The Demolition Expert Mode is the gameplay mode that asks players to tackle a series of challenges such as demolishing the environments in the game world and meeting a set of conditions. The destruction ranges from toppling parts of the rollercoasters structure to levelling Skyscrapers.

While there are characters in the game, they are most likely pre-constructed NPC’s.