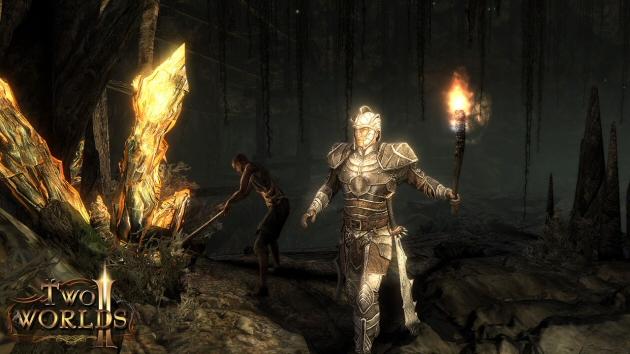 Here is the second video developer dairy for Two Worlds II which follows out Two Worlds II Review, helps expand on that.  The video explains game aspects such as the hot-key element which is nearly invaluable to a high class mage but still must deal with the core  control system.  You are in the menus a lot less in this RPG which is a good thing keeping players playing the game more which is explained in the video below.  Two Worlds II was released on January 25th, published by SouthPeak Interactive, Developed by Reality Pump made available for the Xbox 360, Playstation 3, PC and Mac.