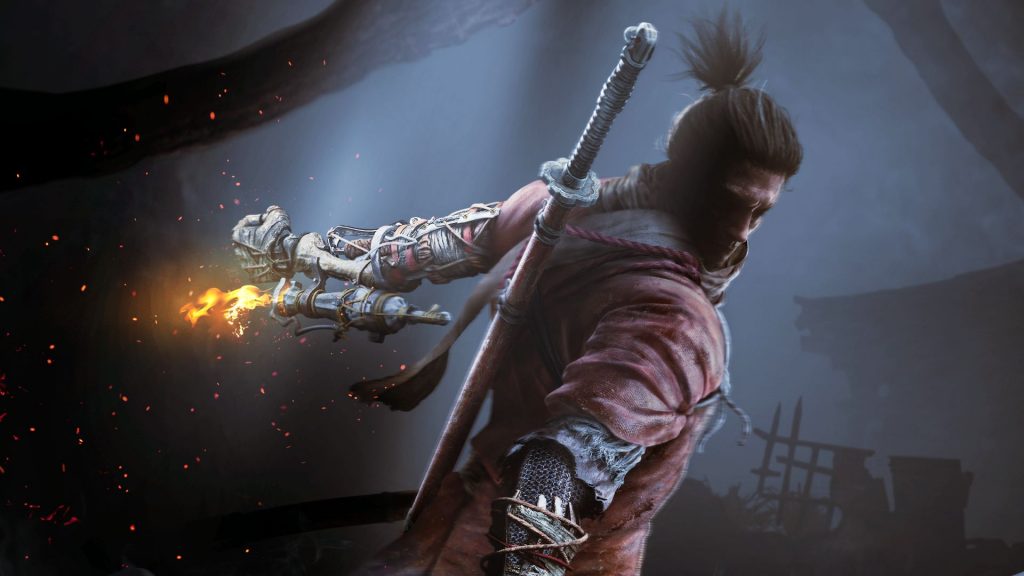 To begin with, get behind the boss, inflict the death blow and his one life meter will be out. Now it’s a matter of spamming the jump button. Simply double jump on his head and double strike. Keep spamming this and he will be down in no time. However, if he does the spinning spear move, you will likely get damage if you use this move. When he does that attack, simply block. Now spam the double jump and double attack sequence to kill this bad guy for good.

This monstrosity can be easily defeated by simply spamming the block button. Just keep on pressing the block button, eventually, his posture will break. Once that happens, do the death blow. You have to repeat the same thing for his second life bar as well. Occasionally, he will do a unblockable attack (indicated by a red sign), so, just jump away from the boss and spam the block button again.

This is a difficult boss fight if you are not aware about what to do and what items you need. Before you begin the boss fight, ensure you have the following two items:

Once you have both of these items get near the boss, and follow the steps below:

Step 1: Use the confetti and approach the boss. Run in a circle to avoid the summon attacks and get close to the boss once he unleashes the bigger summons. The boss will jump and this is the perfect moment to jump and strike using death blow (thanks to Anti-air Deathblow text). One life bar down and out.

Step 2: The boss will become invisible but will reappear at a distance. Lock on to the boss and sprint sideways to avoid his incoming attacks. Now close into the boss, he will jump. And once again, jump and strike using death blow.