Posted By Rashid Sayed | On 04th, Jun. 2010 Under News | Follow This Author @GamingBoltTweet

Sharkoon X-tatic Digital Headset is one of the most amazing 5.1 enabled headsets you will find on the market.

A few days ago we got a complementary sample of Sharkoon X-tatic Digital Headset from CompuExpert. And we are pleased to inform you guys that this is a stunning piece of hardware. The voice quality is amazing and the user becomes a part of the game rather than only playing it. So let’s get in to the review.

The package consists of the digital headset, microphone, power supply, SCU unit and wires for compatibility with the PlayStation 3, Xbox 360 and PC. As with any other headsets out there, Sharkoon X-tatic is pretty comfortable and is fully adjustable to be employed by any gamer of varying head sizes. The outer covering is made of high quality foam material and during my experience with the hardware I did not felt even a hitch of an issue with the headset from a design perspective. Having said that, the headset is pretty heavy and this might actually put off some users. The package consists of tons of hardware which might look daunting at first. It took me about half an hour understanding the basics of the set up, so yes its bit of a hassle when you get plan to get things attached. The first thing that you are going to observe when you plug in the headset is the amazing lighting effects in the form of green and blue colors on the SCU and headset. Rest assured this headset is indeed decorative but from a design perspective a few things could have been avoided. For example, the headset comes along with a power supply. Now why would the user need that since the headset is eventually going to get connected with console/pc and take power supply from there? Also the volume control was a bit of a hassle since it was a bit on the heavier side. All in all the design is very good for the individual headset but certainly the developers could look at decreasing the amount of wires needed for setting up the hardware. 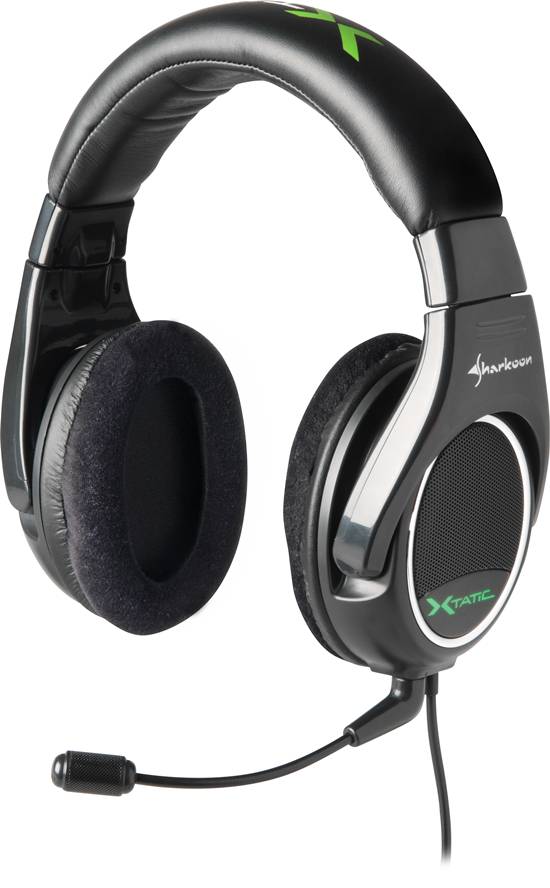 Even though the design is lagging at many places, but the headset makes it up by its stunning sound quality. We tested out the head set on the PlayStation 3 and Xbox 360 with the games below:

So as per sound testing (Functionality) goes this headset is full of win. 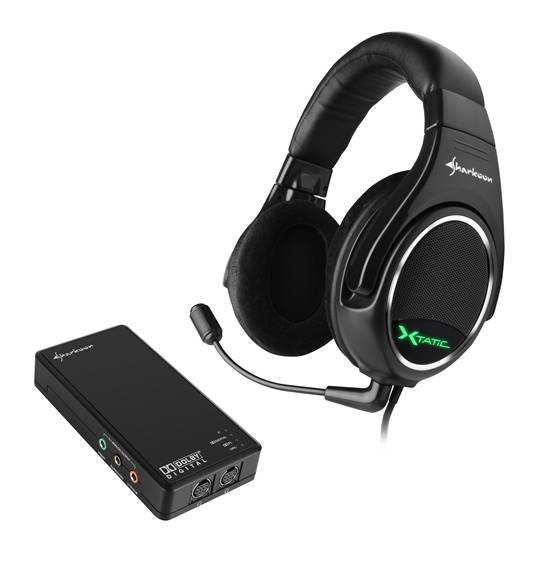 The two of the most heaviest parts of the package

The headset is supported by almost every console out there. We tested it on the PlayStation 3 and Xbox 360, but it’s also compatible with PC, Wii, Xbox and PlayStation 2. The really good thing about this headset is that unlike other products you won’t need extra accessories to get it up and running on different consoles. PlayStation, PC and Xbox compatible USB wires are already included. With various sound control options available, the user can adjust what settings and combinations the game will sound at it’s best.

Overall I think it’s a great headset. It’s surely not the most amazing headset out there, but at $159 it certainly is a great deal. For gamers who are looking to enhance their gaming experience regardless of what consoles they own, Sharkoon X-tatic Digital Headset is a must buy.

You can buy one from here.