Sherlock Holmes: The Devil’s Daughter Wiki – Everything you need to know about the game

Everything you need to know about Sherlock Holmes: The Devil’s Daughter.

Posted By Oliver VanDervoort | On 10th, May. 2016 Under Video Game Wikis 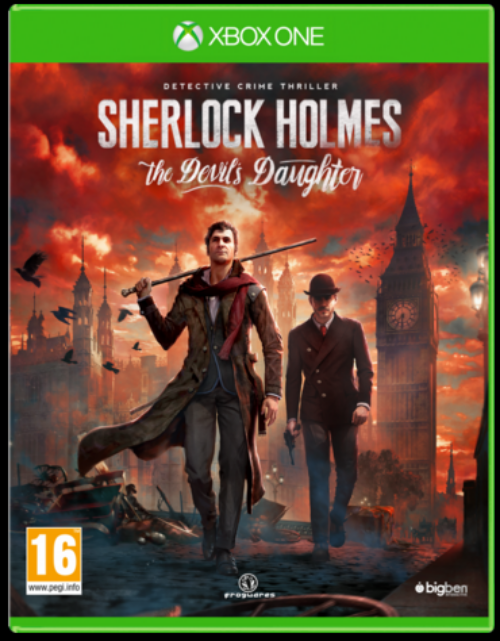 Sherlock Holmes: The Devil’s Daughter is an upcoming murder mystery game that continues the long running Sherlock Holmes game series that has been developed by Frogwares. The Devil’s Daughter is actually the eighth title in the franchise and is said to be both a darker and hipper take than some of the other games in the series. While Frogwares has had a long standing relationship with Focus Home Interactive, this will be the first title in the series since 2007 that is not published by that company.

Bigben Interactive is the publisher Frogwares will be working with this time around. That wasn’t the only change Frogwares decided to make with the game. Kenny Shale had long been the voice actor who played Sherlock Holmes but it was announced the developers wanted a more hip actor to play the detective. Sherlock Holmes: The Devil’s Daughter is set to come to the PC, PS4 and Xbox One on May 27, 2016.

Frogwares announced Sherlock Holmes: The Devil’s Daughter on May 8, 2015 and was said to be coming to the PS4, Xbox One and PC. During the announcement, Frogwares said it will be bringing state of the arts graphics to the game. Along with the official announcement the company released three screenshots for the game.

During the Paris Games Week, Frogwares and Bigben Interactive shed a bit more light on the new chapter in the series. The companies allowed members of the media to get their hands on the game and watch a couple of demo videos. Sherlock Holmes: The Devil’s Daughter is still running on Unreal Engine 3, but the development team has incorporated Physically Based Rendering (PBR) into the output in order to have sharper graphics and more detail when it comes to lighting and shading. The developers also said they will be outputting at a resolution of 1080p and 30fps. The development team has said this game is not an action heavy title, so it won’t need to have graphics that go much beyond those parameters.

On March 1, 2016 the company released the very first trailer for the game. This trailer introduced Sherlock Holmes in this revamped game world, as well as a young girl that appears to be central to the theme of The Devil’s Daughter. On April 10, 2016, the development team released a seven minute trailer that showed off the gameplay aspects of Sherlock Holmes: The Devil’s Daughter. The game is due to release for the Xbox One, PS4 and PC on May 27, 2016. 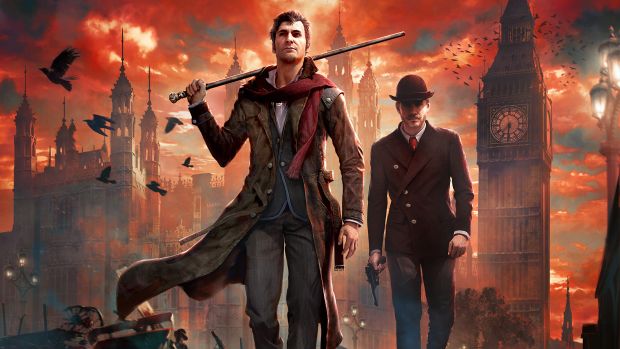 Sherlock Holmes: The Devil’s Daughter is set in Victorian London just as all the other Sherlock Holmes games in the long-running series have been. This time around Bigben Interactive promises the game is going to have an emotional and moving storyline and while there aren’t a ton of details to go off of, the development team has said the title will include, “family stories, irresistible emotions and an occult revenge” tale. The development team has laid out the mystery by asking what led to Katelynn, who is the little girl in the reveal trailer to the famous detective’s front door.

There is a question as to whether the girl, who is led away by a mysterious character at the end of the reveal trailer, has possibly found out the dark secret behind her family’s wealth. As part of a separate and yet apparently connected story, there is a charming practitioner of the occult who has just moved into 221C Baker Street. This new neighbor of the esteemed detective seems to have a few mysteries of her own and it will be up to the players to figure out everything that is going on in this story. 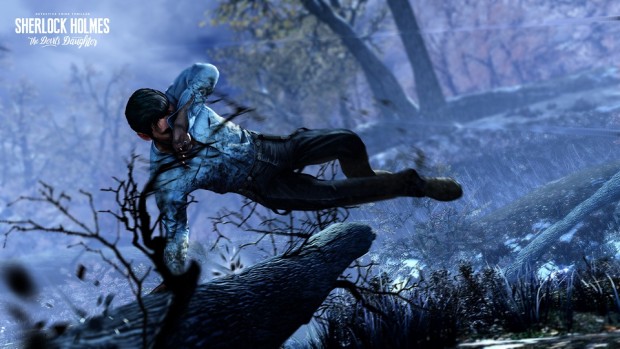 The layout of the gameplay for Sherlock Holmes: The Devil’s Daughter is quite similar to what players have seen in previous titles in the series. This is an adventure game that mostly centers around the players unraveling clues and investigating scenes in order to figure out how the mystery at the center of the story will unfold. There is not a ton of action in these types of games, though Frogwares has said there will be a bit more action in this title than in previous games in the franchise.

The game is also said to be a bit more open world, which means that players will not be directly transported from 221B Baker street to the site of the crimes or the places the players need to go in order to gather clues. There is said to still be some linearity to solving the various mysteries that are all tied together in order to help the young girl. When it comes to solving the mysteries, players will have to tie clues together in order to figure out what’s going on. Sometimes the clues players are fed and will lead to small discoveries like a character is sick, instead of sad.

There are said to be five mysteries in total that players will need to solve in order to solve the bigger mystery encased in Sherlock Holmes: The Devil’s Daughter. 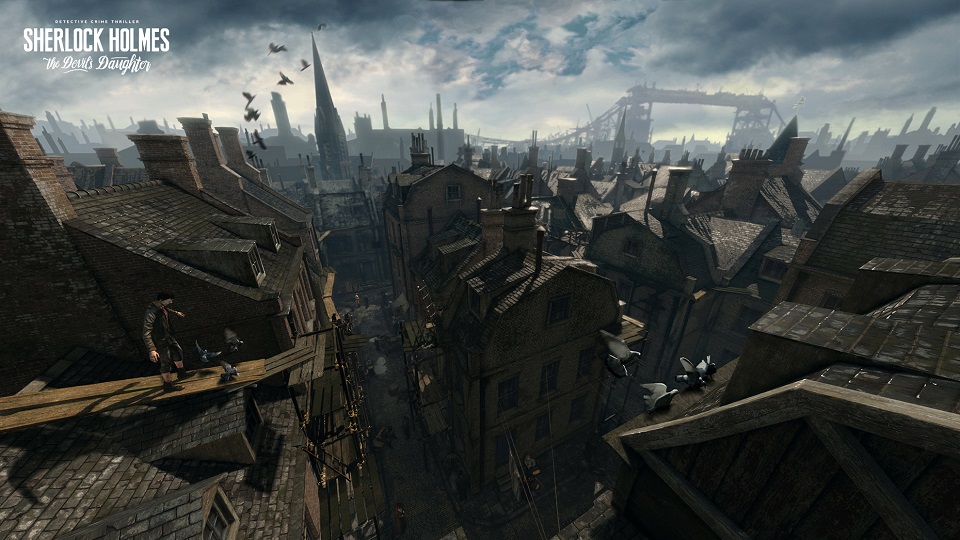 The usual characters from the long running series will all appear in this game. Sherlock Holmes, as well as Watson are back, though they have both been given an updated look. There is also Katelynn a little girl that seems to have both a mysterious past and a mysterious future. There is also a practitioner of the occult that has moved in next door the Sherlock. The game is also full of other NPCs that will become known as the game unfolds.