In 2013, Atlus launched the exceptionally great Shin Megami Tensei IV for the Nintendo 3DS- the first numbered entry in their flagship franchise in a decade. Shin Megami Tensei IV was a sprawling game of breathtaking ambition, offering so much content, and such a great take on the series’ longstanding mythos, that it was hard to see where the franchise would go from there.

And yet, just three years later, Atlus have launched Shin Megami Tensei IV Apocalypse– technically a sequel (though narratively it begins a little over two third of the way into Shin Megami Tensei IV‘s story), but really, from a storytelling perspective, it’s more of an expansion on the original game’s themes and ideas than anything else. Mechanically, too, Atlus have upgraded the game and its mechanics, so that a lot of what worked in the original game has been refined- and what did not has been fixed so that it does. And in terms of sheer content, Shin Megami Tensei IV Apocalypse is as dauntingly huge as its predecessor was.

In many ways, Shin Megami Tensei IV Apocalypse is the game that its predecessor should have been all along- this isn’t to take anything away from Shin Megami Tensei IV, or to undermine how great it was. It’s just that Apocalypse improves it in ways we didn’t realize it could be improved in, updating the mechanics to deliver a more balanced, well rounded, and compelling experience all around

For instance, take battles- Apocalypse applies, much like the original SMTIV, the series’ famed Press Turn battle system, which involves finding enemy weaknesses and exploiting them. Doing this leads you to get an extra turn (while attacking an enemy where it is strong leads you to lose a turn- this also works in reverse, so if an enemy attacks your weakness, they can get an extra turn, too). 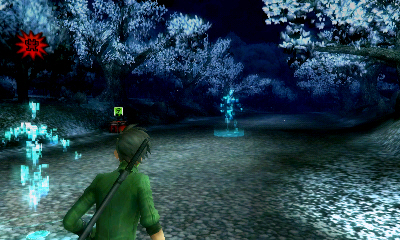 "Apocalypse improves Shin Megami Tensei IV in ways we didn’t realize it could be improved in, updating the mechanics to deliver a more balanced, well rounded, and compelling experience all around."

But where Shin Megami Tensei IV almost broke its game balance with the then newly introduced Smirk mechanic, which led to ridiculous game breaking boosts and buffs, such as higher damage and higher dodge chances, Apocalypse fixes this and integrates it neatly into the rest of the battle system. Smirks are still states of high buffs and bonuses, so they’re still something you want to try and aim for – you still dish out more damage, and you get an extra turn when attacking with a Smirk – but they’ve been changed in other, sensible ways, too. For instance, you no longer get ridiculous dodging bonuses while Smirking, which in itself is a huge nerf. Some attacks also change properties during a Smirk (Hama and Mudo, the Light and Dark attacks long known in the series for their insta-kill properties, are now regular attacks dealing Light and Dark type damage unless performed during a Smirk, at which point they revert to their traditional insta-kill behavior).

Changes don’t just have to do with Smirks, though- demons now seem to have affinities, or types, similar to Pokemon (so you can have a demon that is fire type, and another that is electric type- and a demon gains an attack boost when it uses an attack of its type, while for other attacks, it may get a debuff). Shin Megami Tensei IV Apocalypse also seems to support more variation in character builds, where the original game basically favored Strength builds over all else.

Perhaps the biggest change, however, is affected outside of battles entirely, and that’s in the world map- players of the original game probably remember how obtuse the overworld map for Tokyo was- you were droppedinto an abstract recreation of Tokyo, told to go somewhere with no visual cues, and no guidance of where locations lay with respect to other locations. If you maybe knew the layout of Tokyo, the map wasn’t much of a big deal for you (though it was still just poorly made in general)- for everyone else, it was a big pain.

That’s been fixed with Apocalypse, which has a far more detailed map with proper markers telling the player exactly where they should be going next. You’re still free to explore the world at your own pleasure, of course, and you won’t be unnecessarily accosted by demons on the map any more like in the original, either- but if you want to just move on to the next story location, you no longer have to spend your time stumbling through a basically hostile world map. Other basic UI and quality of life improvements, such as bringing the compendium completion meter back, as well as better filter and search options for demon fusion, also make the game far more pleasant to play, making it so the player spends less time battling the game’s obtuseness, and more time actually immersing themselves in its rich atmosphere and systems.

It also packs all of this in a far more interesting story than the original game- the original Shin Megami Tensei IV had some thematically interesting plot threads, and ones that it even managed to present to the player with a unique and novel layer of interactivity, but ones that it never quite follow up on properly. Those, and the cardboard characters in the game, all led to a game that ultimately felt narratively unfulfilling, whatever its other qualities and strengths may have been. It was possible to enjoy Shin Megami Tensei IV‘s story – I certainly did, though that was more for its incredible atmosphere and the unique interactive twist to storytelling that it employed – but three years and a lot of reflection later, even I can admit that it did not live up to its potential. 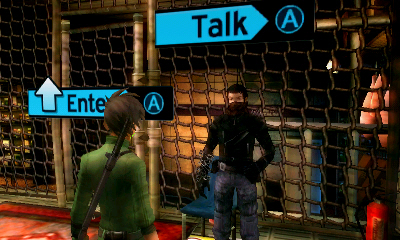 "Apocalypse makes it so the player spends less time battling the game’s obtuseness, and more time actually immersing themselves in its rich atmosphere and systems."

This is not a problem with Apocalypse. Starting during the latter half of the events in Shin Megami Tensei IV, the game follows denizens of Tokyo witnessing the brutality and destruction that Flynn (the protagonist of the original game) inevitably leaves in his wake as he tries to forge a path through Tokyo, and the forces of light and darkness that are vying for it. The story follows Nanashi, a young, greenhorn demon hunter, thrown into a larger conflict when he dies while out on an early mission, only to be resurrected by a lesser god, who has other designs and plans for him, plans which involve the cosmic conflict that currently engulfs Tokyo.

From there, the story becomes a sprawling, labyrinthine yarn that sees characters new and old – and by old characters, I don’t necessarily just mean characters from Shin Megami Tensei IV, but also from older games in the franchise, who may have sat out the last entry – popping up every now and then (and in many cases, accompanying Nanashi on his quest). It’s ultimately a far more, better developed story, which is better paced, and features far better and more well rounded characters all around, so that it, along with the gameplay, works to hold the player’s attention.

All of this is neatly presented in a great looking game. Shin Megami Tensei IV Apocalypse is a visual stunner, and some times, it is hard to believe that it is running on a 3DS. The 3D environments are vast, the character models are well detailed, and while battles still see demons represented by old school 2D demon sprites, the individual demons end up looking well made and with great definition, so that the visual flair and personality of each can shine through. Accompanying all of this is an excellent soundtrack, which is moody, atmospheric, and which greatly benefits the ambience.

Thorough refinement of mechanics in the original Shin Megami Tensei IV; improved game balance; great graphics and soundtrack; great story, and a far better one than in its predecessor; staggering amount of content

Brutally difficult; battle screens being in 2D can be a turn off

A copy of this game was provided by developer/publisher for review purposes. Click here to know more about our Reviews Policy.
Tagged With: Atlus, Nintendo 3DS, shin megami tensei iv apocalypse