A lot of work is needed but the potential to be great exists.

Shroud of the Avatar: Forsaken Virtues is a fantasy role-playing video game that presents a few ideas that may hold interest in the long run. It’s through these ideas that it demonstrates its strengths and the potential to become something rather unique.

Being regarded as the spiritual successor to the Ultima series, thanks to the involvement of Richard Garriot, the game’s potential to be something of greatness is there. Recently, we got the chance to go hands on with the early access version of the game and as expected the content is rough but there is definitely some enjoyment to be found here.

After creating an avatar to roam the game’s world, the player is introduced to a lonely old man who is too frightened to leave a burning courtyard. How or why the player made his way into this courtyard is fairly unknown at this point, and as the old man clearly points out, the character isn’t from these lands.

NPCs in the world don’t possess any form of audio dialogues as they gracefully move their lips. The game uses a chat window in which the player can talk directly to them, and hold conversations based on a set of topics given by the game. These topics come in fairly basic such as “What is your name? How are you feeling?” 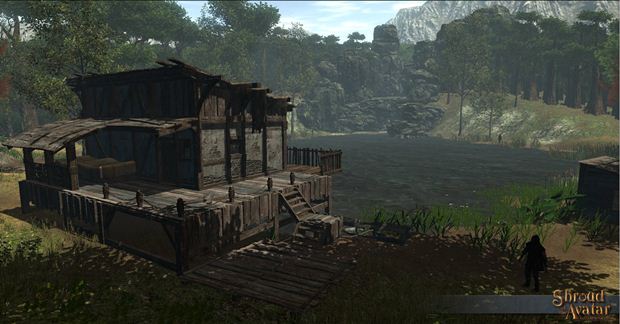 "The good thing about the combat system is that it’s nothing in the way of being convoluted or complex."

Hopefully as the game develops this will become more advanced and feel more natural to the player. Interacting with these NPCs for the most part is simply down to making the player’s quests appear more interesting. The game’s hints and tips system that guides the player as they go along and encounter new people and forms of interactions, is something of particular interest that stood out to me.

Occasionally, NPCs will ask you to do things. This is similar to “quests” in other games you might have experience with. Unfortunately, I am not excited about them just yet. It features repetitive missions that have you searching for medicine ingredients, scavenging for tools to craft a weapon, or killing others you know nothing about.

The game’s combat system is fairly standard; attacks and abilities are hot-keyed to the player’s number keys, a status indicator is in place to know when the character is armed or unarmed, and attacking is achieved by double-clicking on the target sight. The good thing about the combat system is that it’s nothing in the way of being convoluted or complex. 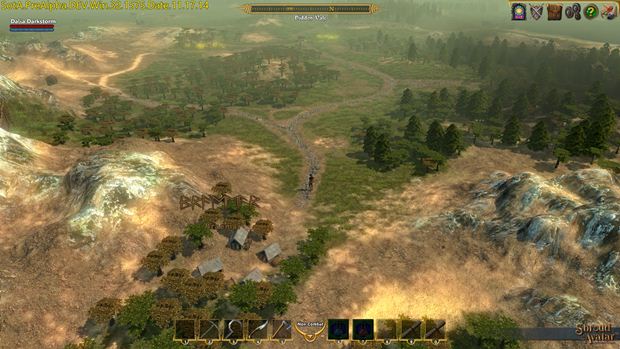 "Since the game is in early access, I was expecting the game to have performance issues. Surprisingly, the game runs well, performance seems solid and I experienced no bugs, crashes, or freezing during my time with the game."

As the player progresses through the game, making friends online or going lone wolf, you should take note of four important tabs which are inventory, the character sheet, help, and the store. Each one is fairly simple and self-explanatory. Health potions, maps, weapons, loot, and guides are all stored within the inventory, which are further divided amongst their own categories with brief descriptions of their intended use case. Weapons make use of a durability system which indicates how long it will last and how powerful it will be. Along with this comes a player stats table highlighting its damage, weight, value, and bonuses.

Moving onto the visual aesthetics of the game, there’s really not much to speak of outside the basics of the game’s theme. Expect a lot of grassy hills, taverns, barns, brick homes and caves. The small attention to detail that comes in the way of wild bears and clucking hens that make up the scenery of the game are the things that I personally pay attention to. Hopefully the game will make more use of these upon its final release.

Since the game is in early access, I was expecting the game to have performance issues. Surprisingly, the game runs well, performance seems solid and I experienced no bugs, crashes, or freezing during my time with the game. The game is by no means demanding and even at “Very High” settings it should run steady across a variety of hardware configurations.

Shroud of the Avatar needs a lot of work but given that it’s still in early access, the potential of becoming something unique is definitely there. I am hopeful that the final version will see more engaging NPCs, better visuals and improved combat mechanics. It will be interesting to see how Portalarium Studios will advance and further develop the gameplay mechanics of Shroud of the Avatar: Forsaken Virtues before launch.

Tagged With: mmorpg, pc, Portalarium, Shroud of the Avatar