Just about everyone has played a Sims game, and if you have not played the game… I bet you at least have heard of it with this being its third installment of the franchise with the never ending expansion packs of each installment. And some of the people have asked me, “Is it just the same thing as all the other Sims?” And that question is hard to answer because it is the same in a way but no doubt should be missed. But if it is the same…is that necessarily a bad thing? Not with the Sims that isn’t with them being one of the biggest franchises out there with selling over 100 million copies. Players who have played its predecessors, Sims and Sims 2, this will feel like home to them. But there is a big twist in the customization in the game. You can change anything from fabric to exact color you want. You can make a refrigerator out of clothe material if you want to. But there are many more updates, but the biggest one that everyone wanted but never imagined possible was the free-to-roam town. Yes… a Sims game where you can go next door and talk to your neighbor or down the street to a friend’s house by walking, driving, or riding a bike for those “Go Green!” people. But this is the most intriguing, charming Sims game yet.

Well the Sims is a game where you control people called Sims, and like real-life people, they have to eat and use the bathroom and everything else just like we do. In like the real-world, Sims can get pregnant and have kids. Does that mean they have sex? Yes but it isn’t what you are hoping it to be. You will just have to play the game if that is what you are looking for and remember, it is rated T for Teen so it won’t have any nudity in it. Enough about that but Sims do it all from making friends and enemies, going to the gym to work out (saying if you don’t have one at home). Sims goes to work to earn simoleans, which is money. They use this money to buy better things such as better cars to just better houses or anything they want better in their household. So in other words, they act just like we do.

Like I stated before… this is the first Sims game where you have an open world. The predecessors felt like you were the only house in the city unless you invited people over. With this free-roam city, you can just go to work, library, gym, or anywhere you want to go WITHOUT any load times. And who do you know doesn’t have a cell phone now because I know every Sims character does. But if you want to spy or creep on your neighbor by not telling them you are coming over…you can just by walking over there. There are loads of other places you can travel to for a nice tranquil place such as beaches, parks, or if you really want to…the graveyard where you will meet some of the living dead who might be see through. If you are a loser and want to meet friends on the game, go to the park and introduce yourself to some people and even have a picnic with them if you wish. 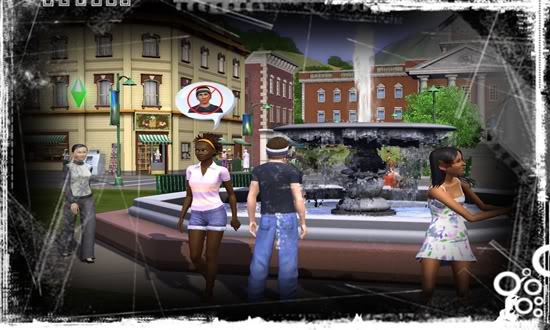 Do you know that person who you call to fix something or know someone who has a good garden full of fresh food? Well you can be that person where one of your friends call you to ask to come help them fix something or offer you simoleans (remember…money) for something from your garden. But this just makes the actual experience that mush more believable and pulling you closer to the environment.

Now creating Sims in The Sims 3 is actually really deep from changing someone’s root color of their hair to the tip. You also get to choose the career your sim will most likely succeed at. You also get to choose traits from being artistic to a computer whiz to being an insane, neurotic, kleptomaniac. And these traits will decide on how your sim will respond to certain things within the game. The customization of the character seems unlimited besides some of them which seem VERY limited like the hairstyles. The males’ hairstyles look like no one would have them. But you can get extra hairstyles by getting them off the Sims 3 website, but there is a downfall. You have to pay for them. But there is also a plus. The game comes with a free $10 gift card to spend on there.

Since the traits in games now are greater than EVER, you can do crazy things and turn freewill on and see what your sims will do when you just let their traits take over. And it depends on what traits your sims have to what options you have to do to other sims. For instance, sometimes if you have some trait that you like a lot of girls and you are married and you kiss another girl in front of your wife, the AI recognizes this is a slap fest begins. 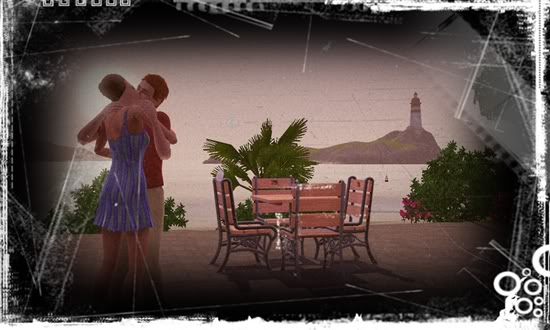 But if you want to be someone on The Sims 3 such as a famous musician to a super spy. But it will take some time to reach these career goals but can be a fun one. You have to center you life around your career when you are trying to reach the top. But these goals might be hard to reach if you have to pee or eat all the time. So they included some perks that you can buy with happiness points such as never having to pee or eat. To get these happiness points, you have to do certain things but some of the things are SUPER easy and some are pretty hard. Like some is eat cereal or some is upgrade 5 appliances. But you know how in Sims 2 where you had to put in a code to stop aging. Well in Sims 3 you can change the days or turn it off entirely in the options menu so if you want to live with this one family forever then go for it.

The careers are more in depth, but you won’t actually guide them through the workday, but you get to make decisions for them to make them possibly get a raise or maybe changing career tracks if someone is willing to pay you more money. For you architects and landscapers…the building might be your favorite part (kind of mine). You get to customize everything here from the color of almost every brick to change the color of each window pane, and you could make it pink if you wanted to. That is what makes the Sims a really good game, it is very mixed gender. A lot of girls play this game as well.

But there are some let downs of the game. You would think that since the prequel had them…that they would have it here such as pets amongst other things like seasons. But I guess this is coming in expansion packs like the predecessors did which is your wallets pain in the butt.

A good thing about the game is that you don’t have to have a high-end PC or Mac to run this game. If you have a fairly new PC, then most likely it will run on it with it looking even a little better than its predecessors. And why should you pick this up? It is the Sims. It is always good with some great new features. Even though I think there should be more content to come with it…it is still a great game and shouldn’t be missed. Go buy it. It will make you happy.

Not as much content as what I wanted in a base game, Things to get off the Sims Store cost real money, Not many hair choices.

Final Verdict:
EDITOR’S CHOICE
This is the best Sims game yet, but with some of the old stuff we love. Kudos to Maxis on developing this brilliant game.
A copy of this game was provided by Developer/Publisher/Distributor/PR Agency for review purposes. Click here to know more about our Reviews Policy.