Almost everything leaked it seems.

Bethesda’s new DLC for Skyrim called Dragonborn, takes you on a journey to meet the first ever Dragonborn who may or may not exist, but in case you can’t wait to play the game on your Xbox 360, we have a bunch of rumours which look quite accurate.

They have been leaked by a beta tester and reported by Theouthousers, who have listed a ton of information on the DLC which may very well tell you all that you need to know about it.

The DLC will hit Xbox 360 first, and if you are reading this, you probably already know that by now. We also have bad quality images of the DLC, but at this point, it doesn’t matter because you are interested to see new information that Bethesda have not officially released, so it’s a fair game.

Here are the details of Skyrim Dragonborn below the images, the DLC will be released soon. 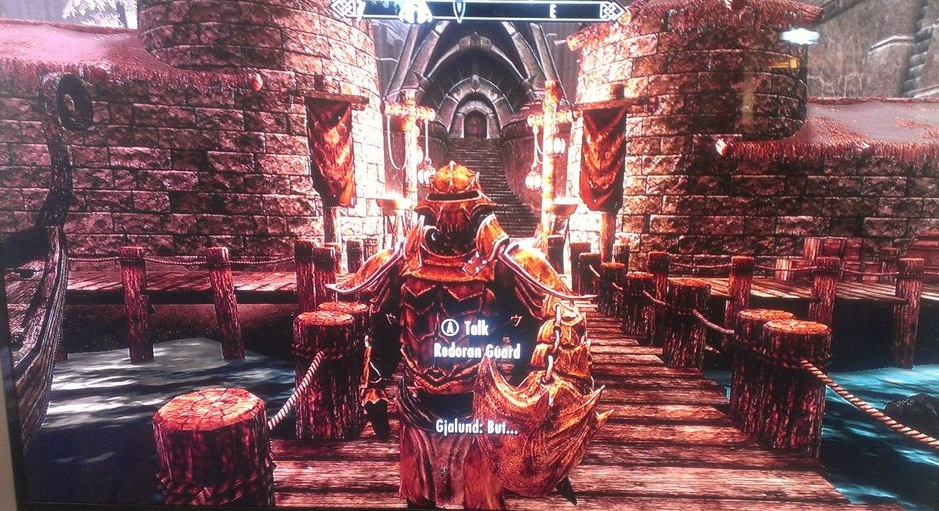 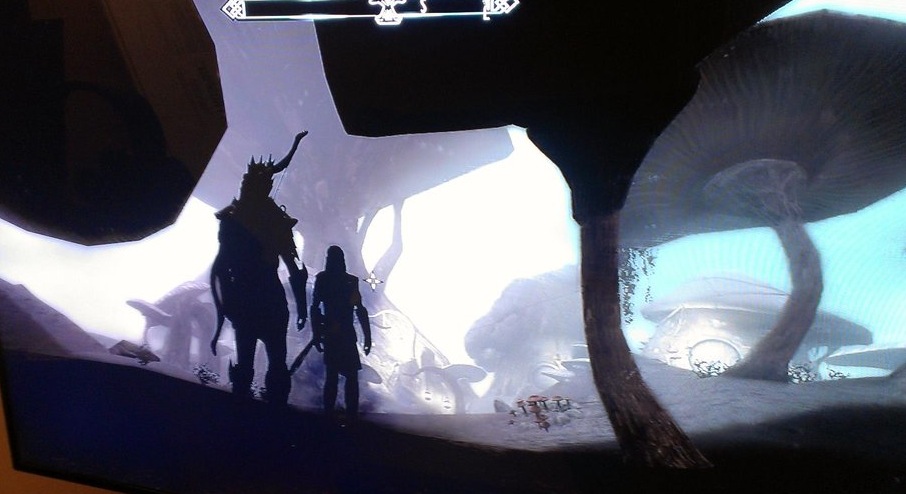 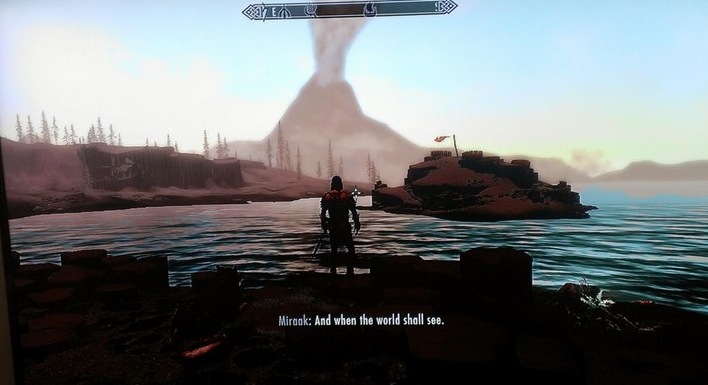 Cyclone – creates a small tornado (that is pretty funny to use)
Bend Will – force a dragon to fight with you.
Dragon Riding – player hasn’t gotten to this one yet.
Dragon Aspect – creates the dragon armor from trailer and gives stronger shouts, stronger melee attacks and summon Ancient Dragonborn to fight with you when you get low on health.  Can only be used once per day.
Battle Fury – like Elemental Fury but for NPCs

Start of the DLC:

Cultists of Miraak are searching for the false dragonborn (you), and when they find you they attempt to kill you.  Assuming you kill them first, you find a note on them that tells you what they are doing and where they came from.  You find their boat docked at Windhelm and proceed to Solstheim.

You don’t have to complete the main quest to start the DLC, but the character of Miraak has different dialogue if you have already killed Alduin.

The size of Solstheim is about equal to the reach and has its own seperate map.

Player is about 30+ hours in and not finished yet, though said one could probably rush through the main quest in 10 hours.

Werebears – no word on whether the player can become one yet, but all have been hostile so far.  They transform into the bear after being near them a short time.
The Morag Tong – They seem to act more like Silver Hand encounters where you fight against them a bit and have random encounters of them.  No ability to join with them so far.  Hostile Dunmer in Morag Tong armor.
Serpent-like creature – Player won’t describe this excactly, though says one is pictured in the trailer and won’t give its exact name either.
Lurkers – Extremely tough and frustrating enemies with plenty of health and dish out a lot of damage.  Good challenge.  About the size of giants and they are creatures that have ‘slipped’ into Tamriel from H. Mora’s realm.
Ash Spawn – officially mentioned and pictured in Bethesda’s releases.
Rieklings – officially mentioned and pictured in Bethesda’s releases.
New Dragon types encountered.
New Dwemer automation – a walking dwarven ballista.

Deathbrand Armor – similar to stalhrim
Two Unique Scimitars you can get by the end of the quests
Bonemold Armor – Officially mentioned by Bethesda (heavy armor)
Chitin Armor – Officially mentioned by Bethesda (possibly a light armor)
Stalhrim Weapons and armor – Again, officially mentioned (many of these you can glimpse in the trailer and screenshots)
Carved Nordic Armor& Weapons – a heavy armor
Spears – I know there are some waiting for info on spears, but Bad News: Only the Reiklings have used them so far and if the player picks them up, they go into inventory as arrows.
Morag Tong Armor – another light armor you can get off of attackers.
New Thieves Guild Armor – though said to just be a non-buggy Linwe’s Armor.
Robes – Telvanni Robes and Miraak’s Robes

Poison Rune
Whirlwind Cloak
Ash Shell – lets you encase enemies in ash (paralyze) or slow them down with damage.
Waterwalking – back in enchantment and potion form
A new Ring that allows resurrected creatures to explode into frost and fire damage.
Staff Enchanting
New Active Effect – from H. Mora’s realm you can find a book that lets you choose from three active effects: Mora’s Mercy, Mora’s Wrath and Mora’s Agony.  You can return to the realm and choose a new effect if you want to replace it (sounds like a similar thing to the effect Parthurnax gives you, or the one you receive for the Nightengale quest)  There are five books total, with three options per book, you can get five effects in all supposedly.
New Summoning power – player doesn’t want to spoil what it is, but says it’s cool.
Summon Spells – 3 mentioned:Ash Guardian, Ash Spawn, Seeker

Bethesda did a great job with Hermaeus Mora’s Realm.  Twisting Hallways, walls with many books, a dark twisted look.  HM is an integral part of the DLC.

There is one quest that involved Thalmor, you can scare them off of Solstheim.

All the great Dunmer houses exist, Hlallu is shunned due to its ties with the Empire, Redoran is the primary house on Solstheim, Telvani doesn’t have a big presence.  The Tribunal still exists, though not in the form shown in Morrowind.  And you get a chance to join house Telvanni and get a home in a gaint mushroom.

A new quest you can start if you are level 81: Ebony Warrior.