Skyward Sword has game-breaking issue; Nintendo details how to avoid it 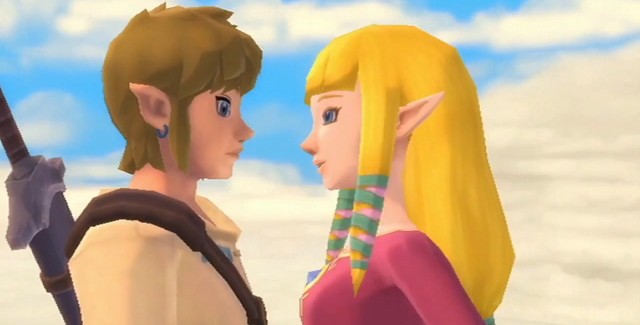 Nintendo has detailed a bug in The Legend of Zelda: Skyward Sword- it’s a pretty big bug, one that can break your entire save file. It gets triggered only if players accomplish a certain number of tasks in a particular order. Spoilers for the game follow.

A quest in the game called The Song of the Hero Quest requires players to visit the game’s three main ground-bases locations. You can visit each of them in whichever order you like, as is the tradition of Zelda games, but if you complete the Lanayru Desert portion first, the bug will be triggered.

Even if you do not complete the Desert section first, if go to Lanaryu Mine to speak with the character Golo before getting the song of the Thunder Dragon, and then returned there afterwards to speak with Golo again, the other two areas will become unavailable. Talking to Golo at any other point will not trigger this bug.

If the game has been saved after these events, you will no longer be able to progress with that save file. You will either have to load the game from an earlier point (you must obviously have multiple saves) or start it all over again.

“We have been made aware of the issue that results in being unable to progress in the Song of the Hero quest,” Sharon Matheny. NoA spokesperson said in an e-mail.

“If the game has been saved after completing the sequence of events, it will no longer be possible to proceed through the game on that save file. The only options at that point are to either start the game over or to use an earlier save file to continue.

“This issue WILL NOT OCCUR if the Fire and Water Dragon songs have already been collected before collecting the Thunder Dragon’s song,” he clarifies.

Nintendo has released no official word on a patch, but they are “documenting all feedback” on the issue. Stay tuned for updates.