eleased back in the summer of 2012, my first introduction to the original Slender was fairly unappealing and misguided. A freely, downloadable first person survival horror on the PC, it was made all the less impactful as I was being fed instructions and had my shoulder surveyed by a colleague at the time.

Needless to say, when I finally did give it a fair shake by my lonesome, I was impressed with how much pressure was put on the player, in order to survive the egnimic and faceless figure known as the “Slender Man.” For a good/sadistic laugh, Youtube for “Creepy Watson” to check out one the main inspirations of the concept.

"With walls littered with scribblings of the Slender Man and Kate gone missing, Lauren must now embark into the darkness with a flashlight and a camcorder."

Fast forward to now, Parsec Productions (the original creator) and Blue Isle Studios team up to bring us the first commercial release in the series. Dubbed Slender: The Arrival, you’re once again thrust into a familiar setting.

The Arrival is split up into five chapters, the first acting as a prologue to help tie into the events later seen in what is a “remixed” version of the original, fittingly called The Eight Pages. Apart from the standard creepy forest, you’ll have more domestic and industrial areas to wade through, one of which is admittedly re-used for a later encounter. 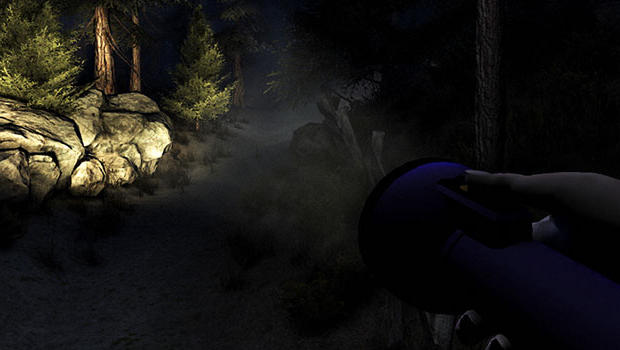 While the basic premise of what made the original Slender such a cult phenomenon hasn’t changed all too much here, the introduction of a narrative to tie all the events together is welcome.

You play as a woman named Lauren, who visits her friend Kate and her house located somewhere out in the wilderness, only to find it completely ransacked. With walls littered with scribblings of the Slender Man and Kate gone missing, Lauren must now embark into the darkness with a flashlight and a camcorder (which for some reason is always on) in order to find her.

"There's a level of frustration that comes with nearly every encounter that will you have in this game."

Thankfully, the story does little in terms of detracting from the simplicity of how the rest of the game carries itself. Aside from some cutscenes, you’re never really taken away from the perspective of how the events are told or unfolded.

The Arrival is at its best when giving little indication to the player, having you crawl or sprint through surroundings, where paranoia can quickly creep into your brain when there’s seemingly nothing happening at all. Its the attention to the sound design, as well the distortion and anxiety that builds when faced against a incorpreal entity than can basically teleport right next to you if Mr. Man so desired.

The approach to actually progressing is almost arcade-like in nature. You’re given almost no way to counter-attack your foes (yes, plural), but the amount of time actually required to finish a Chapter is minuscule. That’s because there’s a level of frustration that comes with nearly every encounter that will you have in this game. Because you’re not going to instantly be able to find the required number of objects to trigger the next sequence of events, Chapters will likely cause multiple play-throughs.

Even given your ability to remember as much of the map possible, the real challenge comes in the form of evading the Slender Man. One wrong turn, and look too directly at his classy sense of style, its game over. 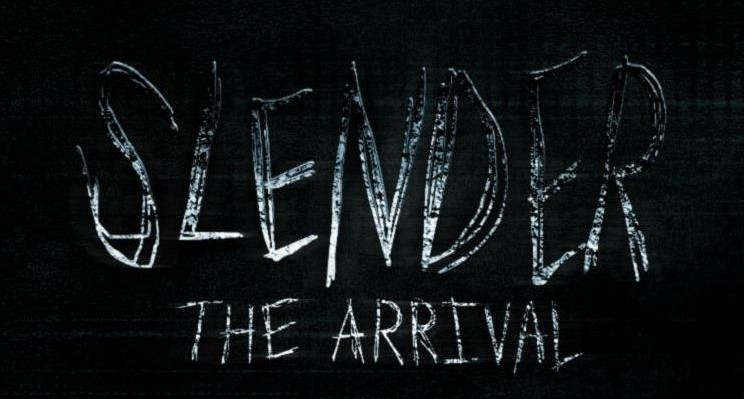 This somewhat random affair can easily be classified by some as unfair, and I wouldn’t necessarily disagree. There were definitely times I wished that I was able to collect that last item, just so I can see what happens next. And then poof, there’s Slendie! Did I feel tense and frightened? For many of the initial few times, sure. But was as I as enthusiastic to give the Chapter another go? Not really.

The Arrival is definitely not something I feel a lot of people can rush through, unless they’re looking to get some ridiculously time scores for bragging rights, or having to do it all again in the unlocked able extra that is Hardcore mode.

This game was reviewed on the MAC.

Atmospherically delicious. Slender Man knows how to creep the cripes out of you. Terrific sound design.

Repeating Chapters can be a pain. Not a terribly long ride. If the first Slender didn’t sell you, this won’t either.

Final Verdict:
GOOD
For its asking pricing and the unique experience it offers, there's nothing quite like Slender: The Arrival. So long you're not expecting something along the puzzle-solving lines of Amnesia: The Dark Descent, I can't think of many recent horror games that cause that same kind of dread you get from being alone and defenseless.
A copy of this game was provided by Developer/Publisher/Distributor/PR Agency for review purposes. Click here to know more about our Reviews Policy.