Posted By Bill Smith | On 19th, May. 2017 Under Graphics Analysis | Follow This Author @GamingBoltTweet 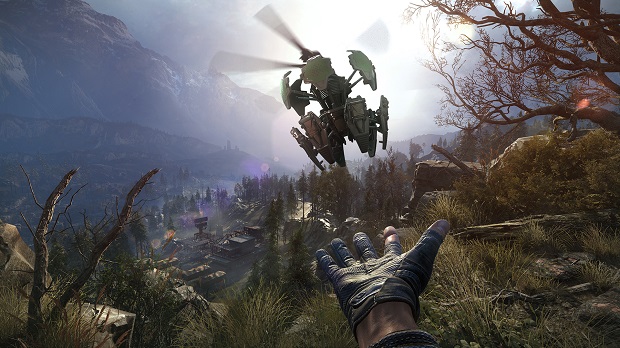 We recently got our hands on the PC and PS4 Pro versions of Sniper Ghost Warrior so we decided to compare how the two stack up against each other. Note that we are using a pretty high end PC which includes a GTX 1080Ti, 16GB of DDR4 memory and a Ryzen 7 1700 processor. So, in a way, we have ensured that the game faces no bottlenecks at all and is running at its highest possible graphical setting at 1080p.

The PC version of Sniper Ghost Warrior 3 doesn’t feature a ton of graphical settings. You can play around with parameters such as In-Game Effects, Particles, Object Detail, Physics, Post Processing, Shader Quality, Shading and Shadow Quality. However, the game does not come with any options for Anti-Aliasing…a glaring omission if you are looking try out different AA options., although the game is possibly using SMAA by default.

So how does the PC build compare against the PS4 Pro version? To begin with, the PC version allows the game to run at well above 60 frames per second. Being a first person shooter, many players will prefer to play the game at this frame rate and should you have the hardware, you shouldn’t face any problems achieving the same. On the other hand, the PS4 Pro version is quite bare bones. The game has no specific Pro mode, no resolution benefit and neither a performance mode for better frame rates. Although, we haven’t tried this game out on the PS4, we doubt the Pro features any significant improvements in other graphical assets over the PS4. In short, Sniper Ghost Warrior 3 is a disappointing affair on the PS4 Pro. The game simply runs at 1080p and 30 frames per second with settings seemingly equivalent to the PC’s high setting.

The PC version, as expected, benefits from improved object detail, better drawn distance and faster assets streaming specially on those objects which are far from the player’s view. Shadow Quality and screen space reflections are also higher on the PC, so overall PC is the best place to play Sniper Ghost Warrior 3.

Also, it’s impossible to conclude this technical review without mentioning the game’s loading times. It’s atrocious…sitting 5 minutes as the next level loads is unacceptable in this generation. Granted there is a fantastic musical score going on in the background when the loading kicks in but waiting so many minutes doing absolutely nothing is disappointing. On the PC version, the wait is a bit less compared to the PS4 Pro but again not so less that it becomes an acceptable feature.