Sniper Ghost Warrior games have been delivering the satisfying loop of identifying targets and then quietly taking them out from massive distances for some time now. A couple of years ago, the series refocused itself and attempted to double down on its strengths with probably its strongest entry in a while in Sniper Ghost Warrior Contracts, and now, developer CI Games is looking to take that a step further with a direct sequel. Sniper Ghost Warrior Contracts 2 is promising many improvements and enhancements, and to learn more about those, we recently reached out to its developers with some of our questions about the game. You can read our conversation with lead creative producer Kenton Fletcher below.

Sniper Ghost Warrior Contracts 2 seems to be putting a lot of emphasis on realism and authenticity. Can you talk about how that materializes in the gameplay in terms of the mechanics and how it affects things such as the shooting and physics?

Realism and authenticity are certainly important to us and it’s something that players will see shining through the game, particularly when it comes to the depth of our sniping mechanics. One thing we are very careful to do though is ensure we’re not making the game inaccessible for anyone. In Contracts 2, players will notice that the sniping physics on the higher difficulty levels draws increasingly closer to the real thing with wind adjustment and bullet drop playing a significant role. We also provide modes that allow players a much less challenging experience, without completely sacrificing authenticity.

The game is also focusing quite a bit on replayability, with each objective allowing players to go about it in different ways. Can you talk a little bit more about that? How did that impact things such as level design and AI during development?

One of the things we’ve found over many iterations of the Sniper Ghost Warrior franchise is that our players enjoy having the freedom to approach objectives in their own way. During the Contracts games, we’ve really opened up the ability to do that, and it’s been very well received. Obviously, the game systems and level design need to be especially strong to support this, and it’s something that we’ve worked hard on, with some really deep multi-tiered level design and reactive AI.

How large will the maps in the game be? How much variety do they offer from each other?

With the new extreme long range sniping sections featuring for the first time, we’ve taken a slightly different approach with the maps for this one. While the large open maps players loved in the first Contracts are back for Contracts 2, we now also have some maps focused more on the long shot scenarios. It provides a change in the pacing of the game, and hopefully will feel fresh and interesting to players.

What sort of a balance does the game strike between long-range objectives and close-quarters combat?

To a certain extent, the balance is determined by the players own playstyle. Although there are sections of the game that require long range shooting, and some that require a more up close and personal approach, what we try to do as much as possible is let the player’s own gameplay style dictate what they focus on. 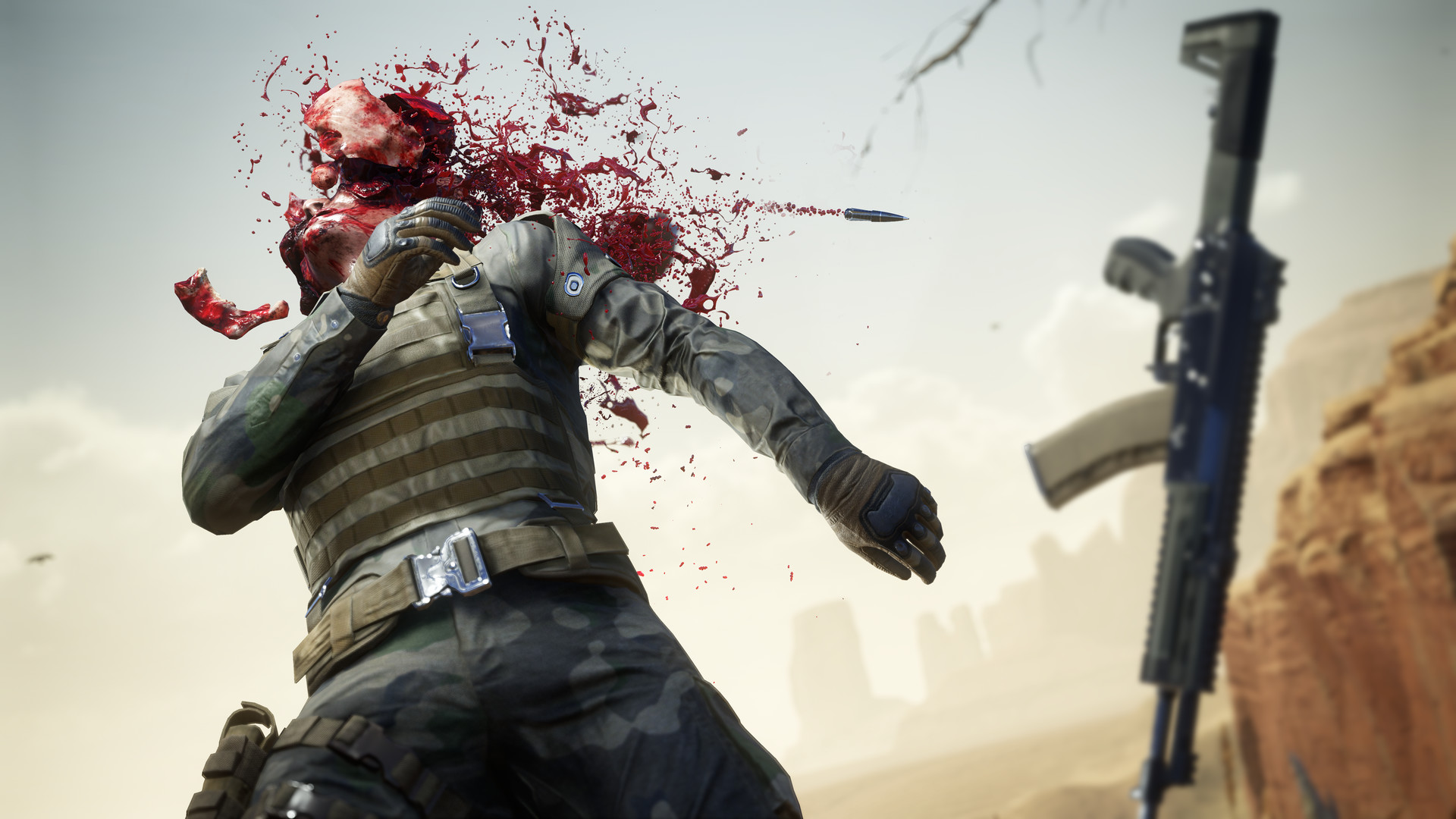 "The range of weapons and gadgets in Contracts 2 really opens up a whole new vista of opportunities for players to experiment with and find their own unique ways to achieve their objectives."

What can players expect from the game’s arsenal of weapons and gadgets as far as variety and the range of options is concerned?

The range of weapons and gadgets in Contracts 2 really opens up a whole new vista of opportunities for players to experiment with and find their own unique ways to achieve their objectives. The very popular drone is back along with a new contender for favourite tech toy, the Remote Turret. This fabulous gadget allows you to take out targets from different locations and set up some really elaborate and clever attacks. Combine this with gas mines, decoys, a whole range of strikingly different ammo types and… well, I’d better not give away everything!

How extensive of an upgrade system does Ghost Warrior Contracts 2 have?

We have a really extensive development system where players can unlock upgrades for both Raven and for the gadgets and tech that he carries. We wanted to make sure the upgrade system had a lot of depth and promise to it, so some of the late game upgrades unlock quite substantial new functionality for the gadgets. Combined with a really interested Challenge system, it ensures that we can promise players some very worthwhile replayability.

Having targets in the game that can be as far away as over 1000m away is surely exciting to hear for series fans, but it also begs the question of what effect that has on accessibility. How is the game striking a balance between being challenging and being welcoming to those who might not have played Sniper Ghost Warrior games in the past?

As I mentioned earlier, accessibility has been something we really did want to focus on with Contracts 2. The sensation of sniping from very long distances is amazing, but we didn’t want to make it so you had to basically be a real sniper to pull it off ! As with most things in the game, it’s multi-layered. On lower difficulties, we provide a range of target assist tools to ensure that any of our snipers can immerse into the experience. Then with each of the long-range scenarios, we have a whole range of ways they can be completed, some requiring more precision than others. There’s always something there to encourage you to learn and play again.

What are your plans for Sniper Ghost Warrior Contracts 2 in terms of post-launch support?

We have a substantial set of post-launch content planned, some of which we’ve already revealed and some which we hope will be a nice surprise for our players as they continue their Sniper Ghost Warrior journeys. All I can really say to people at this point, is stay tuned via our social media channels!

The playtime will vary substantially depending on each player’s style of play, but we’d estimate that a straight playthrough of the main storyline should take around eight hours. As people engage in the Challenges and completionist content, however, this will certainly be considerably longer!

We’re not launching initially with a Switch version, but at CI Games we’re always looking for ways to bring our games to the widest range of players possible. Obviously, different platforms bring with them quite different technical challenges. We’re looking into this and will see whether it’s something we can explore further down the line.

It’s fairly normal of course for a new generation of consoles to bring with it certain technical differences and capabilities between the different platforms. As the generation progresses, you’re likely to see developers pushing further to utilize every aspect of the console capabilities, but there’s a learning process involved for everybody. The new machines already provide a huge leap forward for the development teams, allowing us to do things that were previously out of reach realistically.

The PS5 features an incredibly fast SSD with 5.5GB/s raw bandwidth, which is faster than anything that is available out there. How can developers take advantage of this? How does this compare to the Xbox Series X’s 2.4GB/s raw bandwidth?

The console advance to high speed SSD allows for a real leap forward in terms of load times and data access, which should allow developers to deliver much smoother, more user friendly game experience for players. It also opens up a huge range of possibilities internally with the game engines, and this is something that will have an increasingly large impact as the generation unfolds. As with every generation, however, it takes time for new capabilities to be explored and game engines to be rebuilt to really push the boundaries of what is now available through the hardware.

While the Xbox packs a little more horsepower in that regard, the variable frequency with the PS5 gives you some more room to direct the horsepower available. You could see a small difference in the early titles in the generation, but as the generation unfolds and developers learn new tricks and find optimal throughputs things will change. For us, our main goal will always be to deliver a comparable experience on each platform. 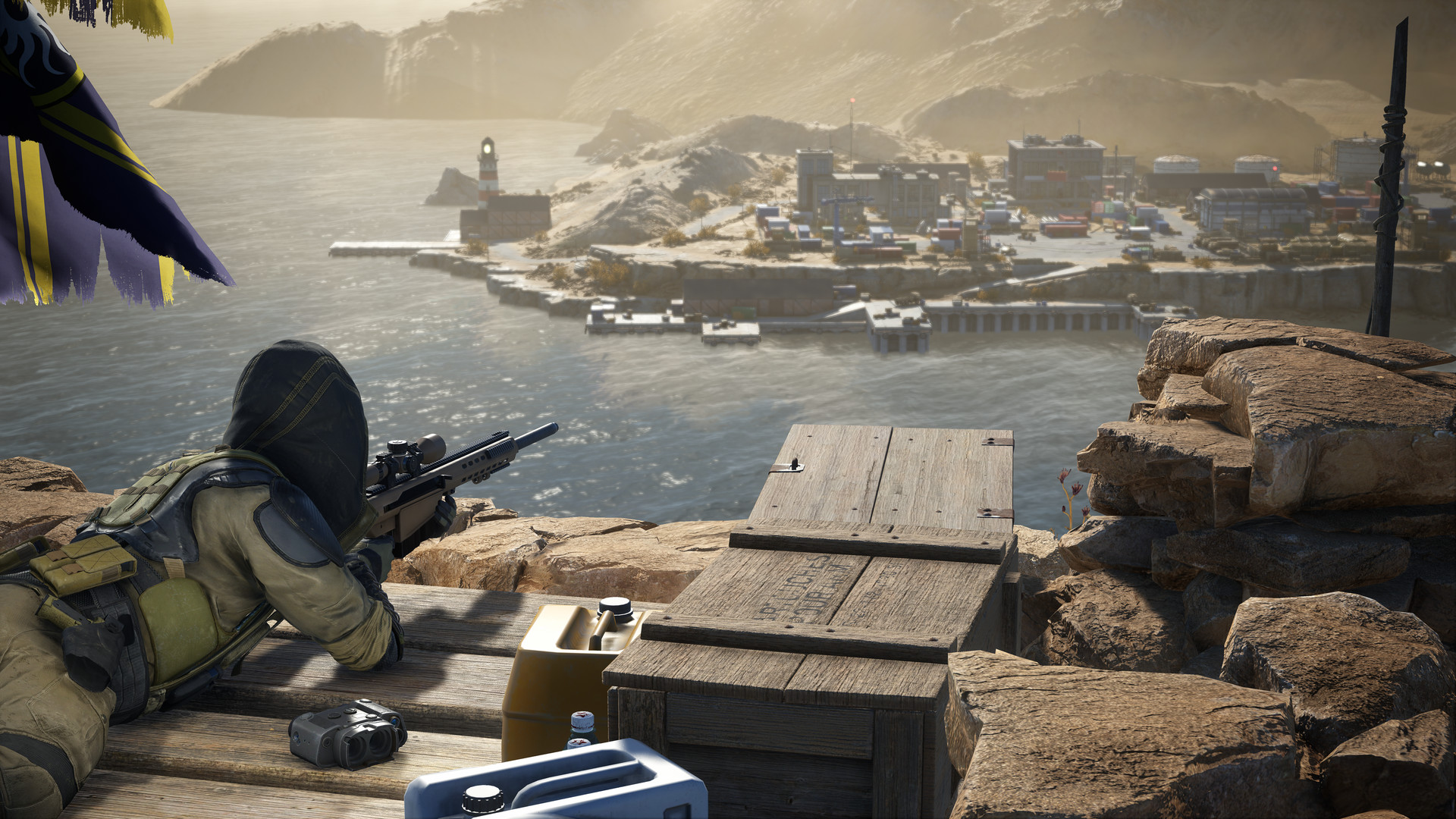 "We’re not launching initially with a Switch version, but at CI Games we’re always looking for ways to bring our games to the widest range of players possible. Obviously, different platforms bring with them quite different technical challenges. We’re looking into this and will see whether it’s something we can explore further down the line."

The Xbox Series S features lesser hardware compared to Xbox Series X and Microsoft is pushing it as a 1440p/60 FPS console. Do you think it will be able to hold up for the more graphically intensive next-gen games?

The specifications of a platform’s hardware will always place limitations on what is achievable, but developers have a lot of experience with working across multiple SKUs and getting the best experiences they can from the technology.

What resolution and frame rate is the game targeting to run at on PS5, Xbox Series X, and Xbox Series S? Furthermore, will the game have multiple graphical modes?

We’re also planning an option for players to choose between resolution and performance. With this option they can choose to play in 4K or in 2K at 60 FPS.