The 2010 3D platformer is coming back with a number of improvements- here's what you should know about it.

To say that Sonic’s been inconsistent for years on end would be a bit of an understatement, but even though the Blue Blur has had some pretty low lows over the years, it’s also had some rather remarkable highs. One such high was 2010’s Sonic Colors, which might not have been on the same level as, say, Sonic Mania, but is still one of the better Sonic games to have come out in recent memory. While Sega is preparing to enter the series’ next era with 2022’s game, before that, they’re also celebrating its 30th anniversary by taking trip down memory game and revisiting older memories. Sonic Colors: Ultimate is out this September and is promising quite a few changes and improvements, and here, we’re going to talk about the most significant ones.

Let’s start off with the obvious stuff. Given the fact that this is a remaster of an eleven year old Wii game, it goes without saying that visuals are going to be improved in several ways. From all that we’ve seen of the game in footage so far, it’s clear that some notable improvements have been made, from sharper quality to improved lighting to better textures and more. Sega hasn’t gone into too much detail about what exactly the “improved” visuals entail, but the results are instantly apparent nonetheless.

Of course, Sonic Colors: Ultimate will also see a boost in performance and resolution. On PC, PlayStation, and Xbox, the game will run in 4K and at 60 FPS. It remains to be seen whether there will be further improvements when played on PS5 and Xbox Series X/S via backward compatibility, while we also don’t know what the performance and resolution targets will be on the base PS4 and Xbox One. Meanwhile, on the Switch, there’s obviously going to be some sacrifices. 4K resolution is, of course, not going to be possible (though what exactly it will be hasn’t been confirmed by Sega yet), while the frame rate will be locked to 30 FPS. 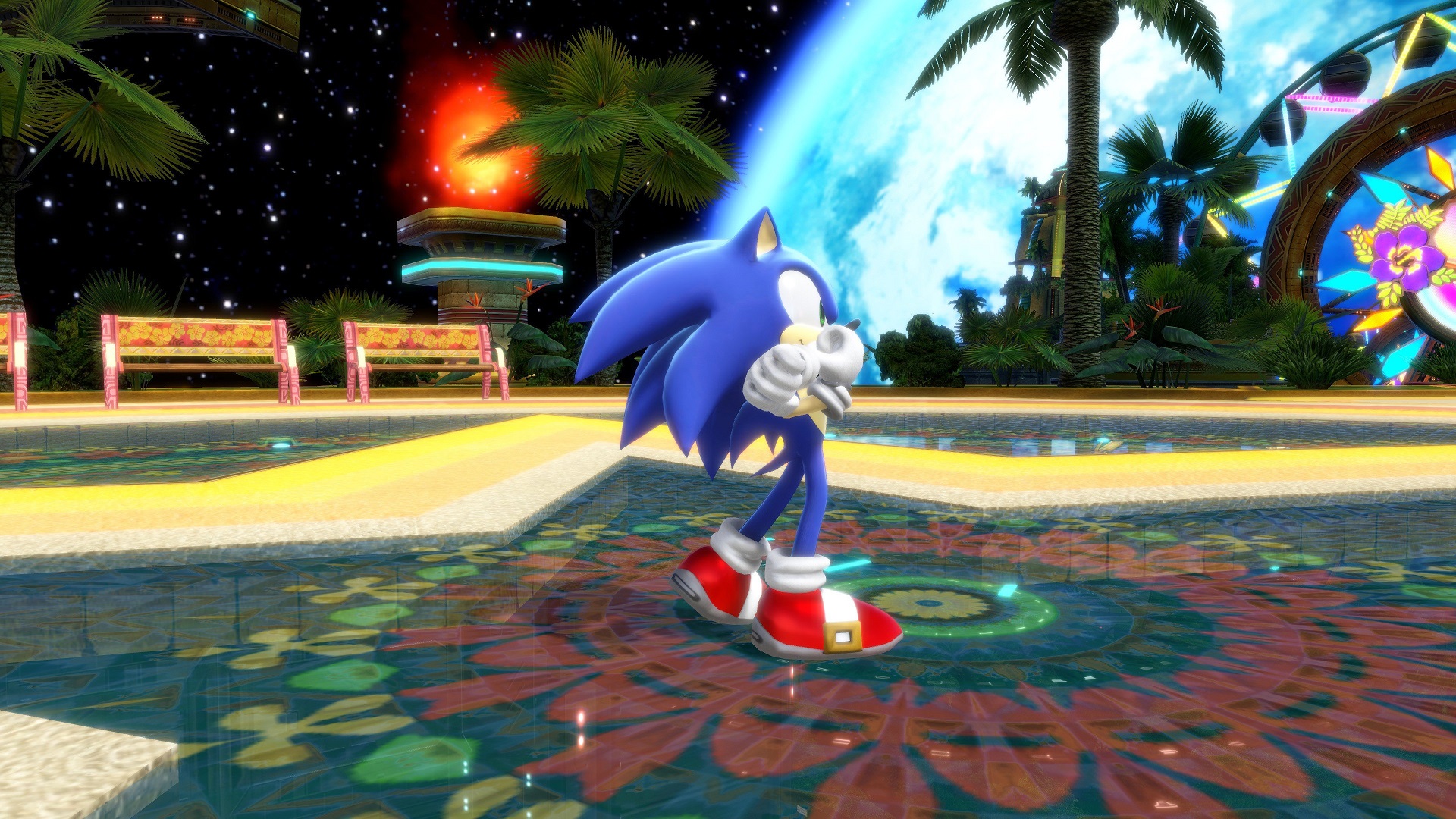 Sonic Colors: Ultimate is a remaster on more than just the visual front. The game’s soundtrack is also going to be shown some love. More specifically, Sega has confirmed that Sonic Colors’ music has been “fully remixed” for the purposes of the remaster. The original game had a pretty solid soundtrack, so it should be interesting to see how much effort the remaster puts into remixing it. 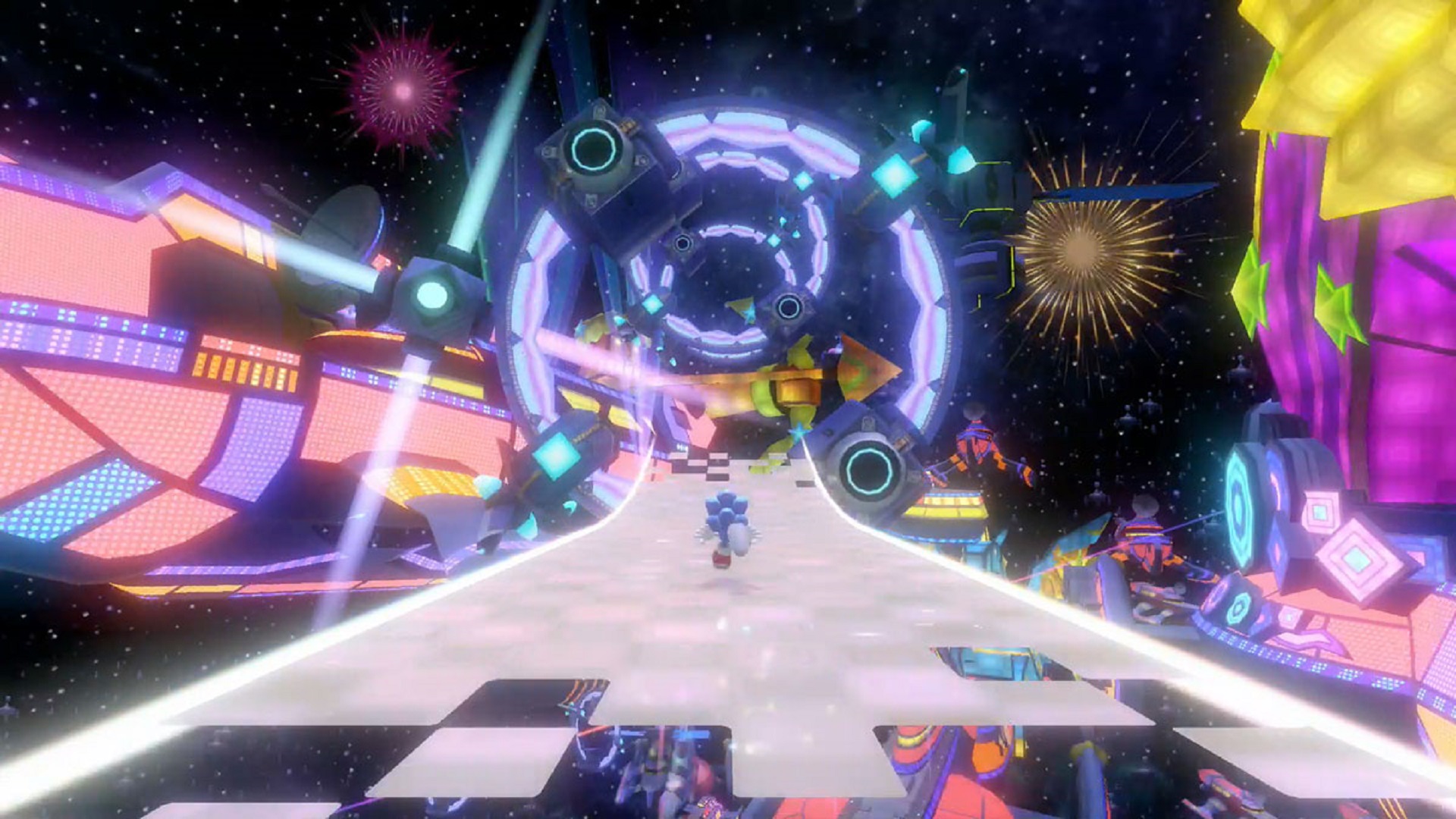 Sega has also confirmed that Sonic Colors: Ultimate is going to have customizable controls, so that players, in their words, will be able to “find a layout that suits your play style.” Details haven’t been shared on the full extent of the controls’ customizability, but hopefully, there will be enough flexibility here for everyone. Either way, it’s good to see that accessibility options have been thought of. 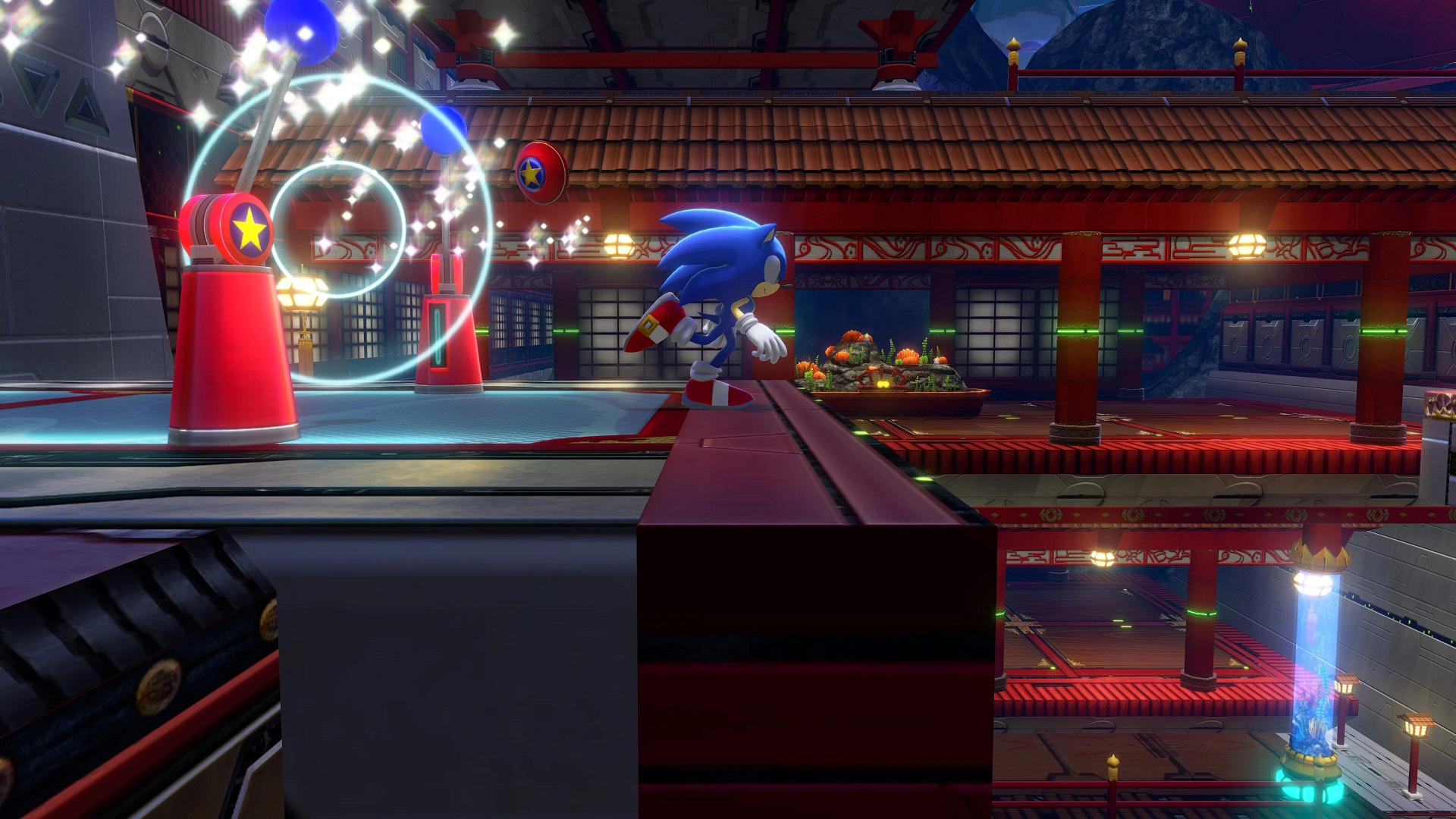 A few other quality of life improvements have been confirmed for the upcoming remaster as well. For instance, there’s Tails Saves, which you can find at specific points in levels. These essentially serve as checkpoints, so if you die during a level or run into trouble, you will quickly be taken back to the last Tails Save spot, allowing you to jump right back into the action without too much delay. Not exactly a major headlining feature, sure, but still nice to have. 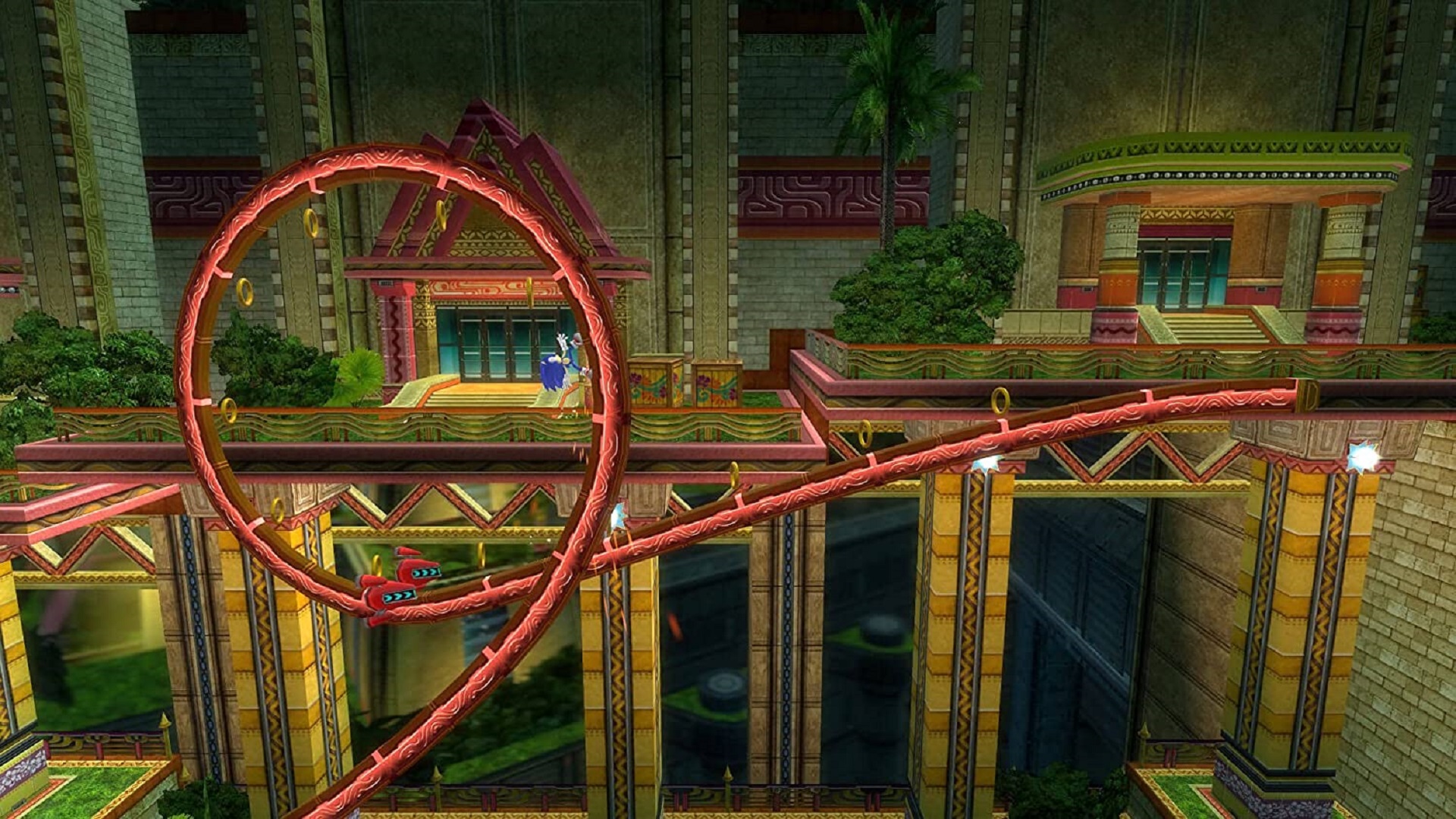 On top of quality of life changes and technical improvements, Sonic Colors: Ultimate is also adding new content, with the highlight being Rival Rush. This is a new mode that will let players race through levels against a Metal Sonic, and winning in these races will unlock special rewards. As for what exactly those rewards will be, that remains to be seen. In all likelihood, the rewards here will be cosmetic in nature, seeing as customization options are being added into the game with this remaster. Speaking of which… 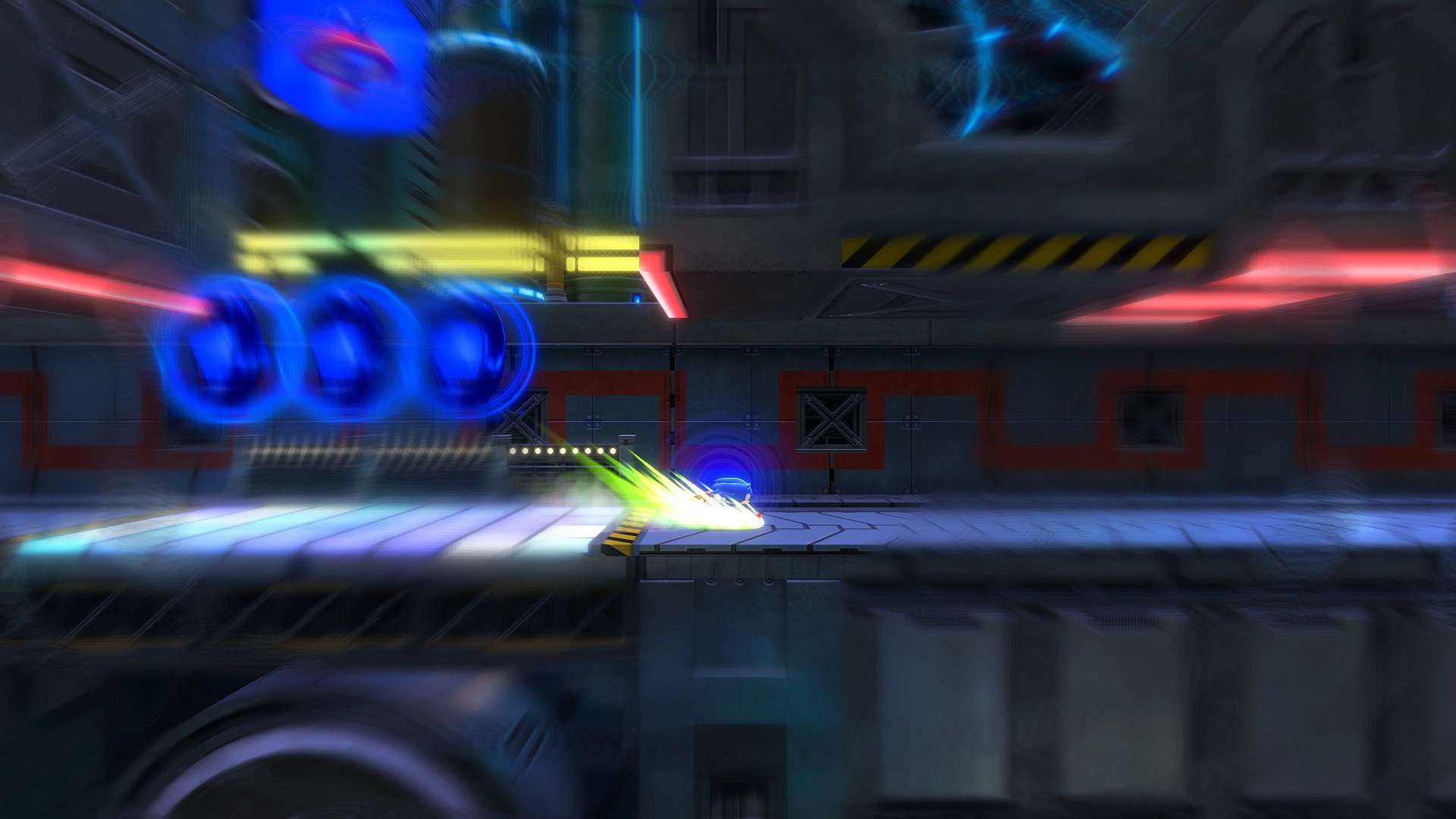 Interestingly enough, Sonic Colors: Ultimate is also adding some cosmetic customization options to the game (though thankfully nothing to the extent of Sonic Forces). You can collect Park Tokens, and then head to the in-game store and spend these tokens on a variety of cosmetic items to give a new look to Sonic. Cosmetic items will range from boosts and auras to gloves and shoes, so it looks like there will be a decent amount of options here. 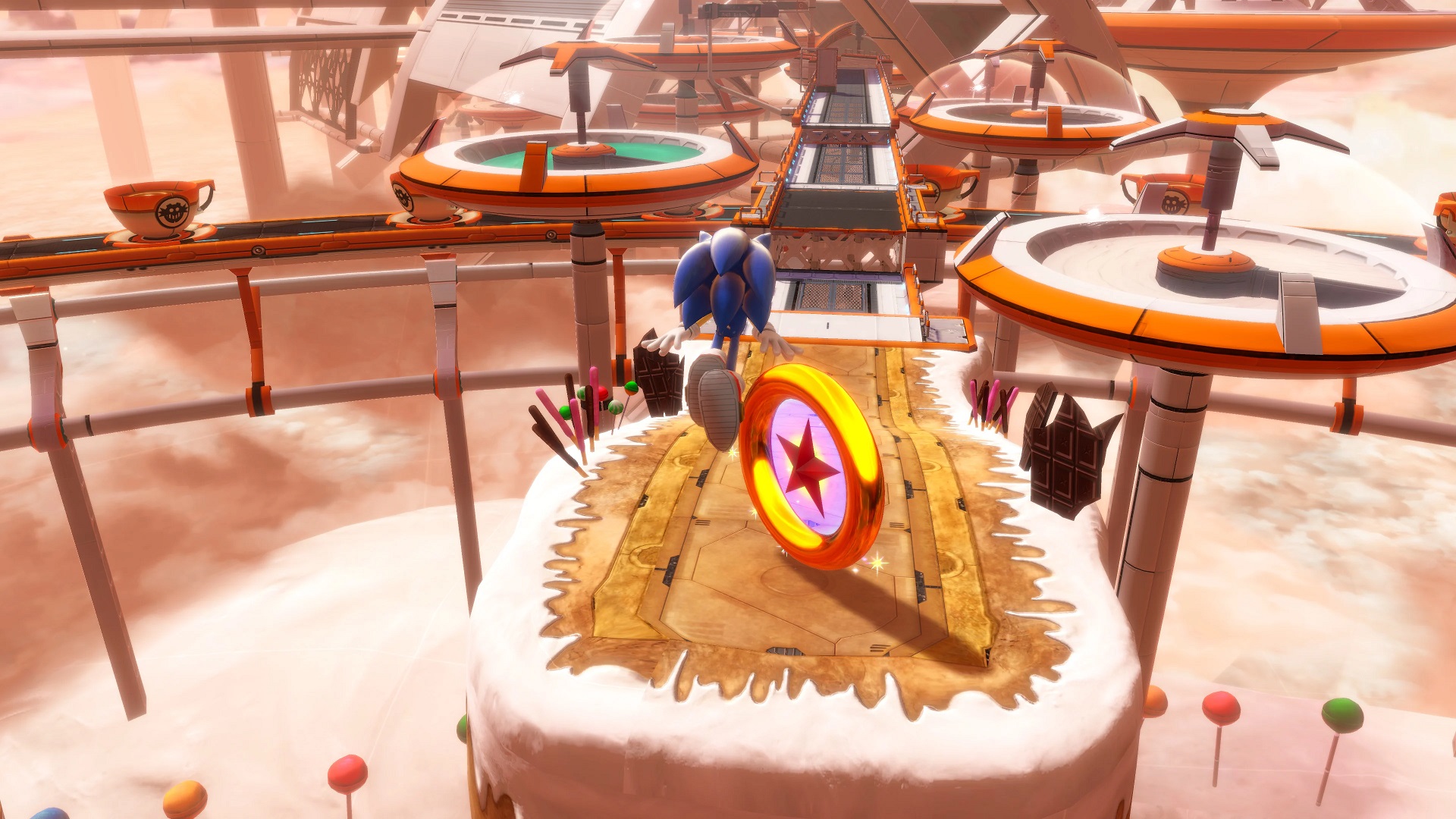 One of the most notable things Sonic Colors introduced back when it first came out in 2010 was the Wisps power ups, which have since then gone on to become a staple of the series with appearances in several other games. Sonic Colors: Ultimate is adding a new Wisp of its own- the Jade Ghost, which, as its name suggests, transforms Sonic into a ghost and lets him fly around levels and even pass through objects. Team Sonic Fans will, of course, be very familiar with this new ability, but it should be interesting to see how this impacts levels in Sonic Colors. 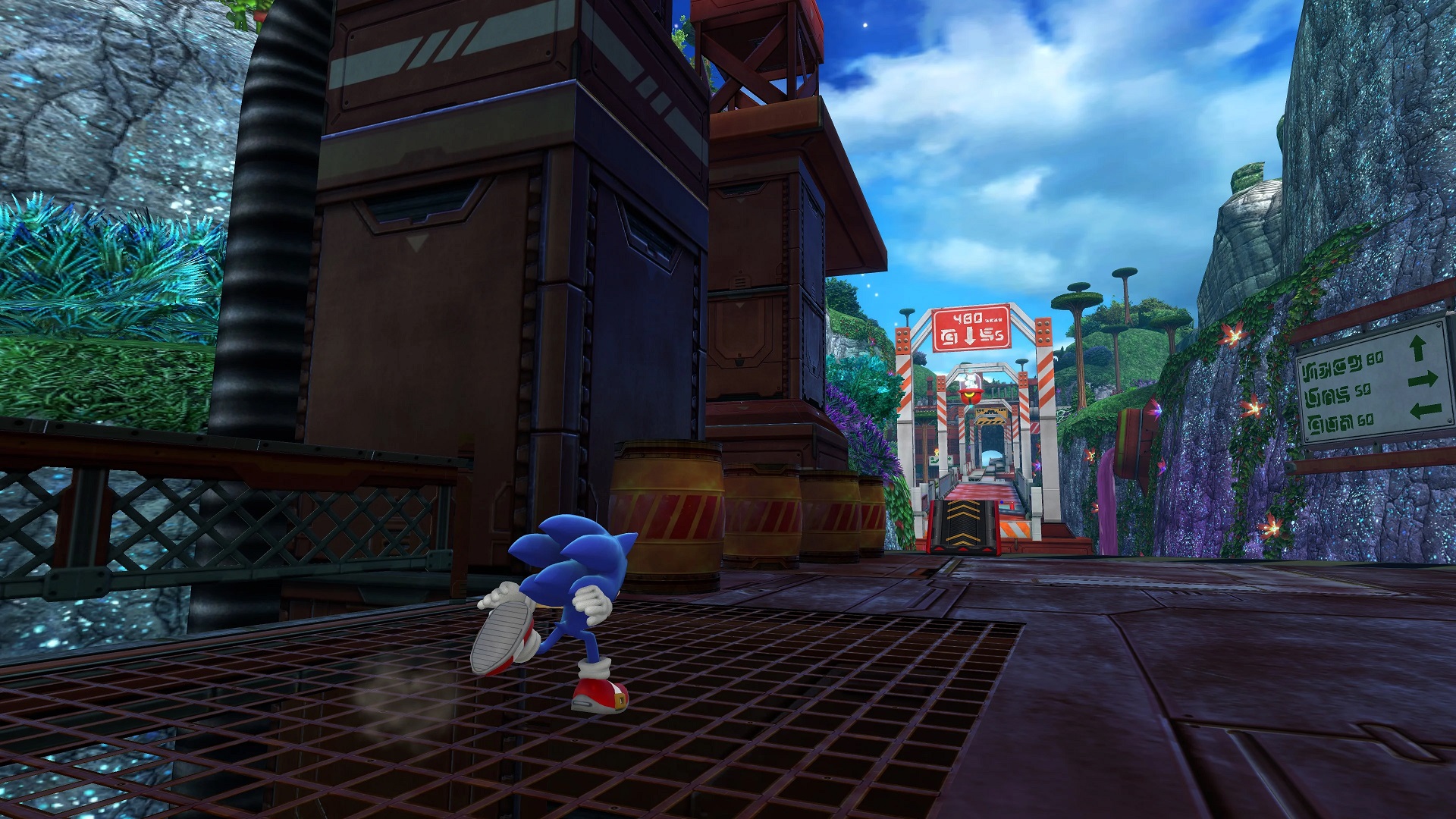 It’s far from uncommon for platformers to give players the occasional invincibility power up, and Sonic Colors: Ultimate is adding just that, too. Called the 100 Count Ring, this will make you temporarily invincible to all attacks, while allowing you to kill pretty much anything you touch. Additionally, it will also boost your score at the end of a level, which will be a nice incentive to go looking for these for quite a few players.

Sonic Colors: Ultimate will, unsurprisingly, launch with a Digital Deluxe Edition as well, and if you decide to cough up the extra cash for it, you’ll get plenty of bonus stuff. On top of the base game itself, you’ll also get the ultimate music pack (which includes three original remixes), the metallic pack (which will give you gold and silver gloves and shoes for customization), in-game player icons themed on the Sonic movie, additional exclusive player icons, and a special lightning effect from the movie to customize Sonic’s boost. The Digital Deluxe Edition will cost $44.99, while the standard edition will cost $39.99. 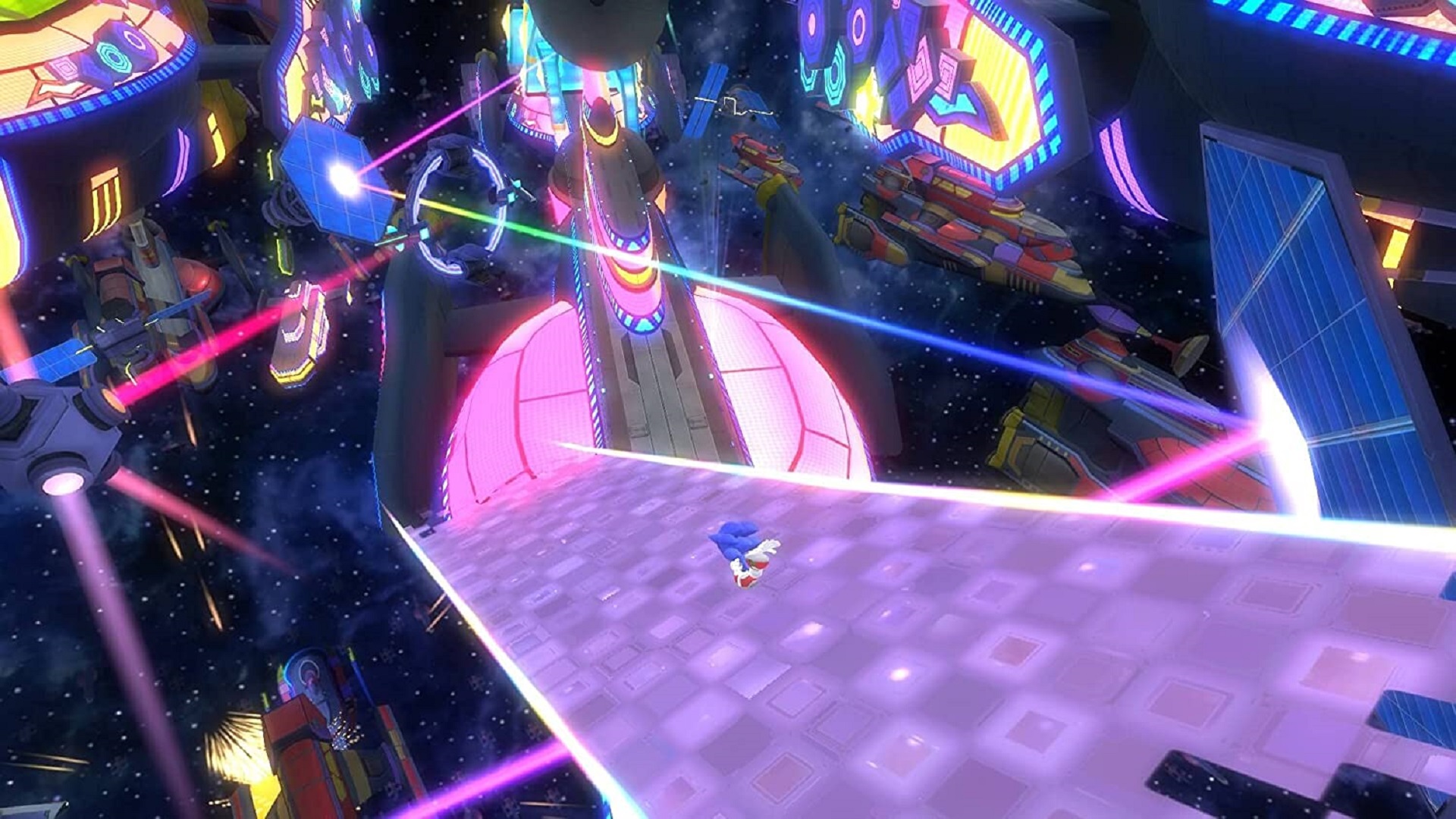 As you may have guessed, pre-ordering Sonic Colors: Ultimate will give you certain special bonuses as well. If you pre-order the standard edition, you’ll get a couple of things that are otherwise only included in the Digital Deluxe Edition, such as the electric lightning boost from the movie and the exclusive player icons. Meanwhile, if you pre-order the Digital Deluxe Edition, you’ll get early access to the game on September 3, four days ahead of its global launch on September 7.