Sonic Lost World Wiki: Everything you need to know about the game

Everything you need to know about Sonic Lost World.

Sonic Lost World was yet another latest installment in the action adventure platforming video game series, “Sonic The Hedgehog”. The game was worked on and developed by the veteran “Sonic Team”, for the Nintendo Wii-U. Whereas “Dimps” of “Super Street Fighter IV” and “Dragon Ball Z Burst Limit” fame handlded the development of the 3DS version of the game.

Sonic Lost World was released in late October 2013 and was published by Nintendo in Europe and by Sega in both North America and Japan.

A new change to the games controls has been implemented into the game that affords players increased control over Sonic. By using the directional buttons Sonic will move at a slower and more controllable and precise pace. Holding one of the trigger buttons will cause Sonic to accelerate to his more traditional speed, allowing the player to cover more ground much quicker, but with less control. Holding both the triggers will engage Sonic’s signature Spin Dash technique, causing him to roll into a ball and move at high speed and damaging any enemies he comes into contact with.

A new means of navigating obstacles has also been added to Sonic Lost World, seemingly inspired by Parkour (the art of displacement), a sport which involves athletic maneuver being used to bypass objects in your path. This new mechanic allows Sonic to maneuver across obstacles in his path as well as run up walls. Sonic is also able to perform a new kick attack, it’s more powerful than your homing attack.

A feature that will be returning to the series after its introduction in Sonic Colors, is Wisp Powers. The Wisp Powers can be activated whenever they are available by touching the appropriate icon on the Wii-U Touchpads touchscreen. Returning special Wisp Powers include the Drill, Rocket and laser, alongside new powers like Eagle which allows Sonic to fly through the air, Asteroid which destroys objects that are obstructing the players path and Rhythm which lets Sonic bounce along a set path of musical notes.

Another returning feature from the earlier entries in the series is the ability to rescue small animals by destroying the enemies dotted throughout the stages. Unlocking secret content in Sonic Lost World is accomplished by collecting secret Red Rings, this will unlock additional content for the game. The player can also seek out the hidden Golden Cannons which are used to unlock new paths to travel in the game.

Sonic Lost World features a multiplayer component. The second player will be using the Wii-U GamePad and they will assist the main player throughout the main campaign. The two players will also be able to compete against each other directly through the game mode “Sonic Simulator” which is another returning feature from Sonic Colours. 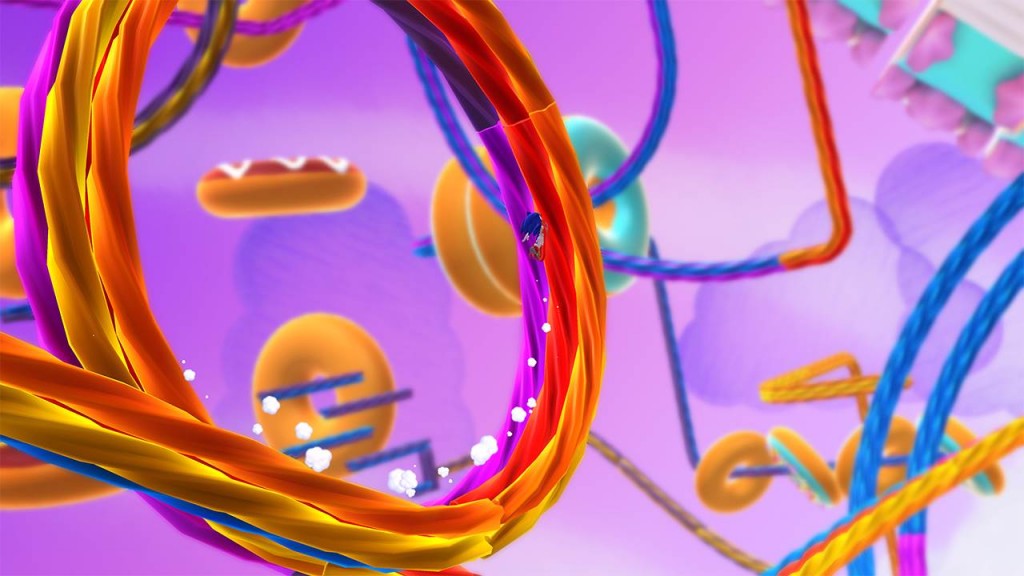 The story of Sonic Lost World revolves around 3 central characters of the Sonic franchise. While he is pursuing the series antagonist, Doctor Eggman, Sonic the hedgehog and his multi tailed companion Tails travel to a world known as Lost Hex. Upon their arrival they soon discover that Eggman has somehow managed to harness the power of a group of native villains known as The Deadly Six.

However Sonic rushes in and manages to remove a type of shell that Eggman was using to keep The Deadly Six under control, they rebel against him and in turn take over Eggman’s badnik army (Badniks are the robot creations manufactured by Doctor Eggman. Faced with a threatened world, Sonic and Doctor Eggman must form an uneasy alliance and reluctantly work together in an effort to stop The Deadly six. 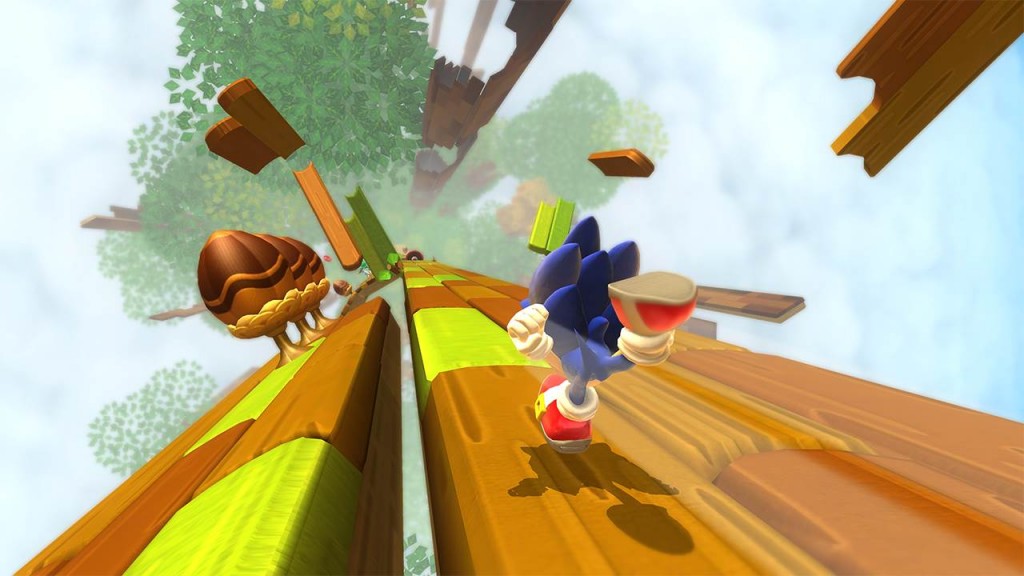 Sonic Lost World is an action adventure, platforming game. The goal of the game is for players to reach the end of a linear level in the quickiest time possible while gathering as many rings as they possibly can. Being hit by any enemies in the current stage will result in the death of the character unless the player has picked up rings, in which case the rings will be dropped in exchange for the players life.

The player will be taking control of Sonic The Hedgehog as they play through the game which has been heavily influenced by the earlier Sonic games for the Sega Genesis video games console. The stages in Sonic Lost World will be in the same style as earlier Sonic games, meaning the player will traverse the landscape via a 2D plane, there will also be spherical linear levels, much like those found in the Super Mario Galaxy series.

On top of this, there are also going to be certain Wisp Powers that are only going to feature on the handheld console. Unlike the Wii-U version of the game, playing Sonic lost World on Nintendo 3DS supports 4 player local and online multiplayer game modes and can also be connected to the Wii-U version of the game. 3DS players can even customize remote controlled vehicles on the 3DS version which can then be used by the second player using the Wii-U GamePad.

The overall art style of the game is expected to be somewhat more basic than previous installments in the series, but the refined game mechanics and simple art style will allow Sonic Lost World to run at a constant 60 frames per second.

The games Producer, Takashi Lizuka has been noted as saying that the change in the games basic mechanics, such as movement, have been overhauled and changed in an attempt to move away from the games speed based gameplay from titles such as Sonic Unleashed and Sonic Generations. They are now attempting to put much more of an emphasis on precision platforming now that the player has greater control over Sonic. Lizuka publicy stated that although there are similarities and inevitable comparisons between Super Mario Galaxy, Sonic Lost World is going to stay “distinctly Sonic”.

There are only two playable characters so far in Sonic Lost World. Sonic the hedgehog, the blue blur that often claims to run faster than the speed of sound and series staple is set to return as the players main character. Then we have the “virtual hedgehog”, a creation of Doctor Eggman that is essentially a robotic version of Sonic, he also has some physical features that are different such as a circular light on his hands and chest. Doctor Eggman, the rotund evil scientist also makes a repeat appearance in this title, alongside other series veterans Tails, Knuckles the Echidna, Amy Rose and Omochao.