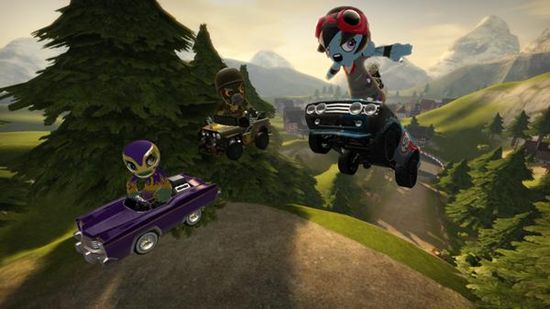 Developers Sony San Diego wants the fans, those who’ve built so many tracks, karts and racers for the series’ last two games on the PSP and PS3, wants to know what the fans think ModNation Racers Vita should be named.

“We would like to tap into the brilliant minds that have conceived over two million amazing MNR creations by asking for your input. What do YOU think the title of the upcoming release should be?” asks Sony.

– All PS3 user creations will be available on day one for the vita.
– Create a track in only seconds by drawing it with your finger.
– With the power of the back touch you can raise terrain with a simple touch. Likewise the front touch screen allows you to lower terrain in a simple yet powerful manner.
– The fun of ModNation kart racing remains intact with the advantage of dual analog sticks.

Suggestions must be made via comments on Sony’s blog post here.

Or you can tell us what you like, and we… won’t tell Sony, we’ll just have fun.