Soulcalibur 6 Guide: 11 Tips And Tricks You Need To Know

If you’re headed back to the stage of history, we have some advice for you.

Posted By Will Borger | On 19th, Oct. 2018 Under Article, Video Game Tips | Follow This Author @will_borger

Fans of burning souls, big swords, and announcers with deep voices welcoming you back to the sage of history rejoice: SoulCalibur is back and SoulCalibur VI is one of the best games the series has seen in a long, long time. But where do you start? Which of the 20 playable characters do you use? What mode should you play first? Are they any new mechanics you should be aware of? How should you try to learn the characters? This is stuff the game doesn’t always tell you. But don’t worry; whether you’re a SouCalibur legend, a lapsed fan returning to continue your story, or taking your place on the stage of history, we’ve got you covered. 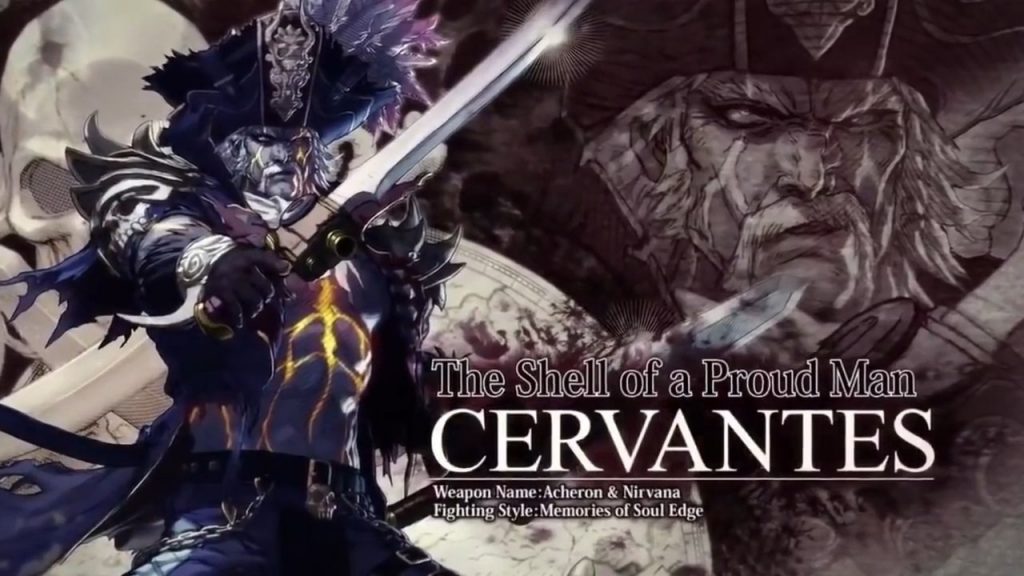 Start By Picking A Character

This is fighting game 101, but the first thing you should do is pick the character you want to play. If you’re a veteran, that might mean returning to an old friend. For others, it could be trying a character you’ve always thought was cool, or picking one of the new additions to the cast. Maybe you’re here because you’re a fan of The Witcher and you want to kick ass with Geralt. You could choose based off looks, their backstory (which you can access in the Museum), their fighting style, or any one (or more) of a dozen reasons. Whatever it is, pick your character before you do anything, and I mean anything, else. 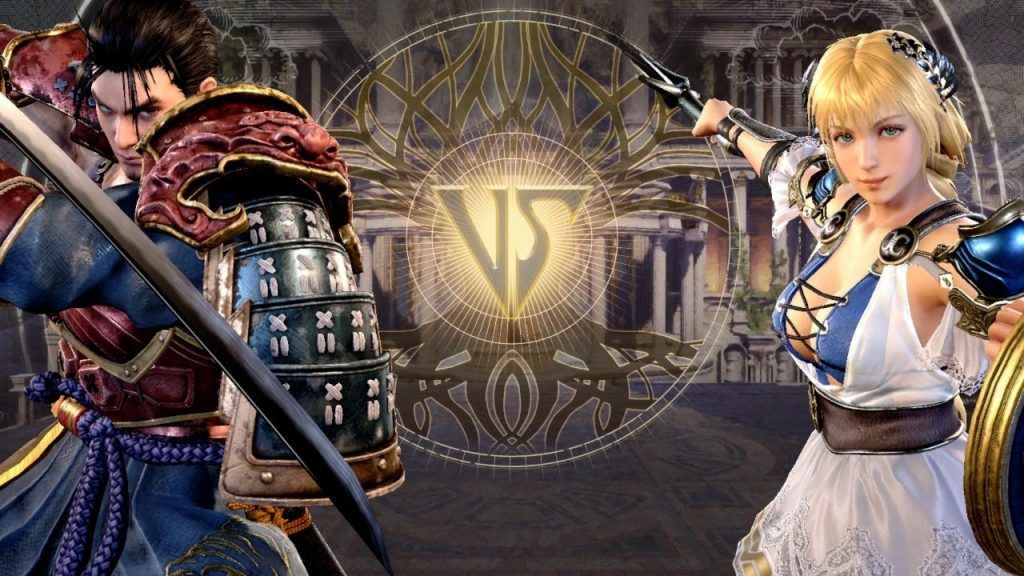 Got a character you think you might like? Good. Head to training mode. Yeah, I know, I know, it’s way more fun to go straight into things and start whacking people with whatever weapon your character has, but you’ve gotta know what you’re doing first. That means getting acquainted with your character’s moveset, what their Critical Edge does, how their Soul Charge works, the basic button inputs for your core combos and attacks, etc. You don’t have to spend a lot of time in training mode – maybe only a few minutes – but by the time you leave, you should know how to do a few attacks, throw your opponent, activate your Soul Charge (and when to use it) and how and when to use your Critical Edge. Oh, and you should like your character, too. If you find that you don’t like the character you initially picked, go pick another one, and head back here. Do that until you find someone you like.

After you’ve got a character you like and a general idea of what they can do, you should head into Libra of Soul, the first of SoulCalibur VI’s new story modes. There’s a few reasons for this. First, Libra of Soul houses the game’s tutorial. Do that as soon as possible, because it’ll teach you almost everything you need to know about playing SoulCalibur VI. It will also allow you to play with the character creator and choose the style you wanted your created character to have. For bonus points, use the style that corresponds to the character you decided you liked in training mode. You see, there’s a method to this madness. You’re cooking with gas now. Libra is a great way to explore the world of SoulCalibur, get a feel for your character, learn to fight, and make some money while you’re at it. Trust me, you’re gonna spend a lot of time here.

Once you’ve spent some time in Libra of Soul meeting the core cast, getting a feel for the world, getting rich, and buying new weapons, you’ll probably wanna learn more about these characters you keep running in to. Well, that’s where Soul Chronicle comes in. See, this mode runs you through SoulCalibur VI’s primary plot (which follows Kilik) and the other characters’ stories, so it’s a good way to practice any character you think might be interesting and get a feel for the game’s story when you need to take a break from Libra of Soul. 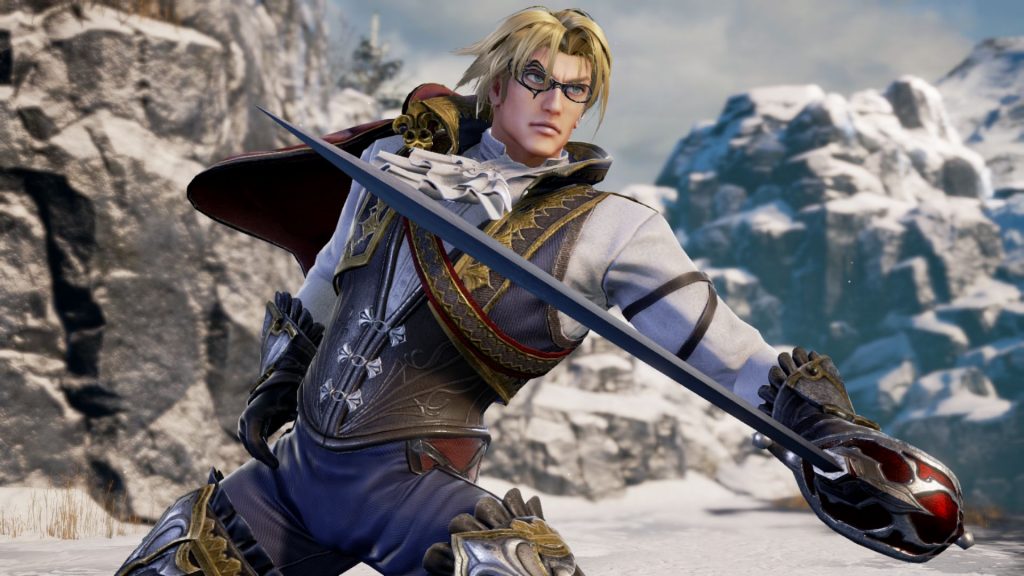 The Character Creator is Insane

Maybe you love your custom character. Maybe you don’t. Maybe you’re somewhere in between. Maybe you don’t understand the appeal of custom characters at all. Maybe it’s what you absolutely love. Regardless of where you fall on any of these questions, you’re gonna want to play with SoulCalibur VI’s character creator. You can do some pretty insane things with it. Wanna recreate character from your favorite movie? You can do it. Want to create some weird, axe-wielding demon? Piece of cake. What about a lizardman? Easy as pie. What about some sort of circus clown wielding nun chucks? It won’t even break a sweat. Even if you have no interest in really exploring what SoulCalibur VI’s character creator can do, I encourage you to check it out. It’s that good – and who knows? It might just be engaging enough to change your mind. 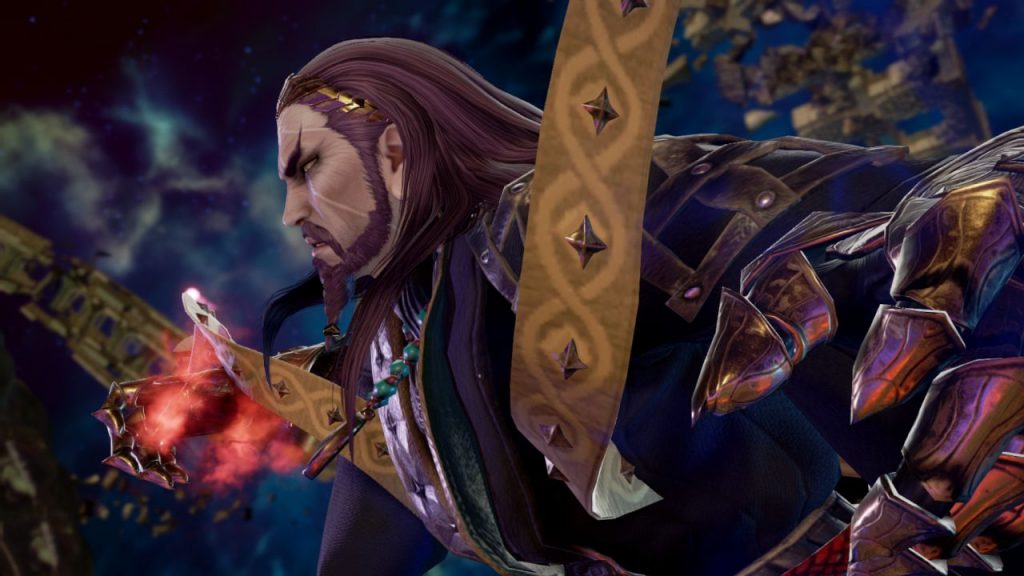 Convert Your Gold into Soul Points

SoulCalibur VI has two currencies. Don’t worry, neither of them costs real money. The first one, gold, is earned in Libra of Soul and spent buying things like new weapons, food, and other upgrades for your character. The second one is Soul Points, or SP. You get SP by converting gold into it, though the exchange rate is terrible: 5,000 gold gets you 100 SP, but thankfully gold is really, really easy to come by. Why, then, would you ever use SP? Well, gold is good, but it can only be used in Libra of Souls. SP, on the other hand, applies to the entire game. You’ll spend most of it in the game’s museum mode, which is packed with al sorts of cool stuff to unlock – including stuff from every previous SoulCalibur game. You know you want some of that loot, so don’t forget to convert that SP! 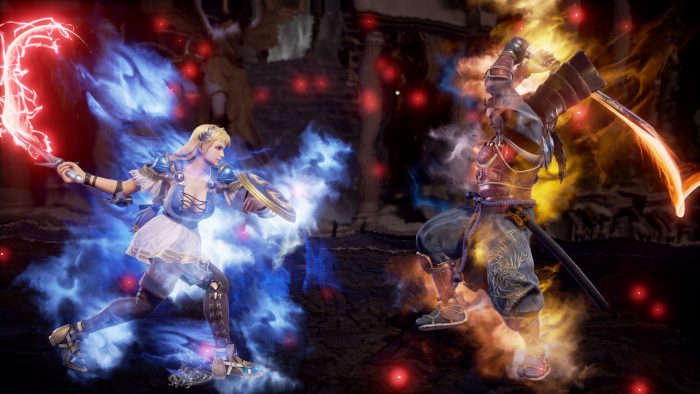 Use Your Reversal Edge

Does SoulCalibur VI tell you how to use Reveral Edge? Yes. Does it tell you how important it is? Not by a long shot. Reversal Edge works as both a counter and an attack, and using it right can quite can flip the game on its head. You’ve got to learn when to use it, how to counter it, and what combos to follow up a successful one up with. The game will teach you the basics, but it’s up to you to put in the work to make sure you’re using this new addition. If you aren’t, you’re not playing your character to their full potential. 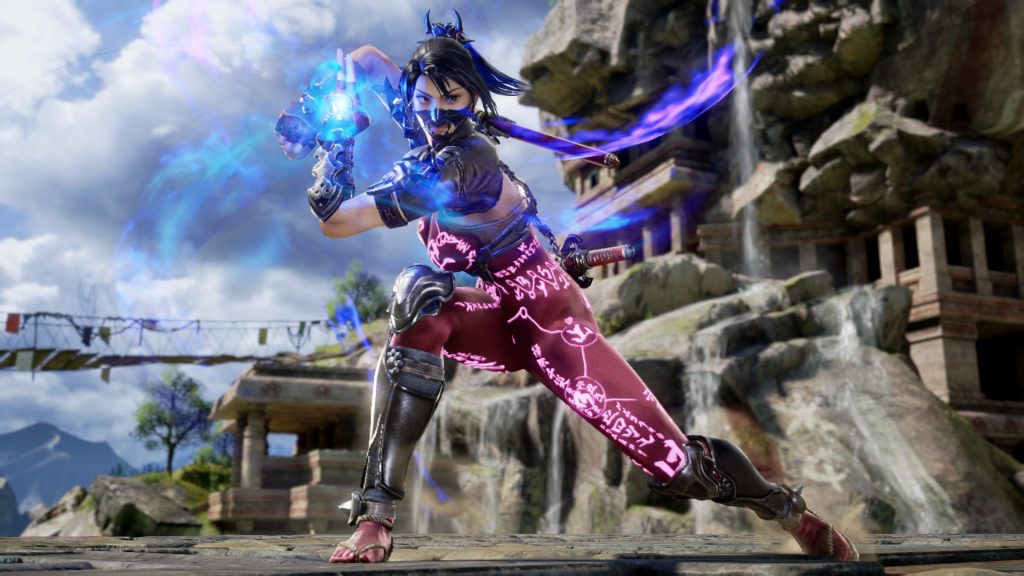 Master Your Basic Moves and Combos

SoulCalibur VI’s training mode will tell you all kinds of basic stuff, but one tab explaining your character’s moves describes your main techniques. It might seem like these are just the basics, but these moves are core parts of your character’s arsenal, and each character has a set that’s unique to them. Learning these moves and what they do will help you immensely in combat. So if a move or combo is listed under that tab, take note! Learn what it does, and you’re one step closer to victory. 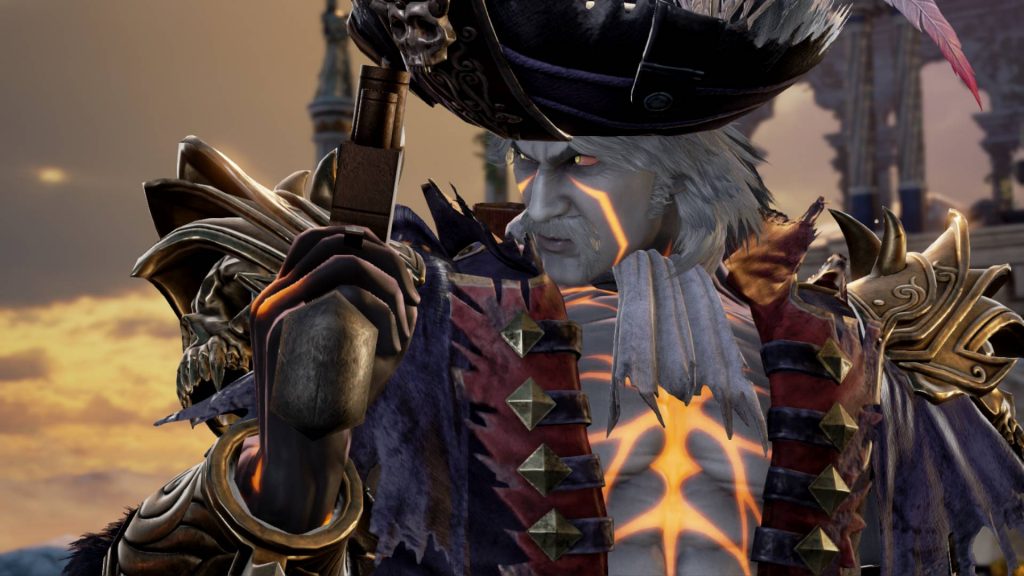 Learn to Use Guard Impacts

Guard Impacts might seem like a difficult technique for more advanced players, and it’s easy to be fooled into thinking you don’t need it to win. It’s easy to look at it and say “Yeah, I’ll learn that later” and then never do it. Don’t do that. Learn about Guard Impacts as soon as you can. SoulCalibur VI has simplified the input from past titles so you only have one to worry about, and being able to call out a predictable attack with a well-timed parry – and a follow-up combo – is huge, no matter what character you play. 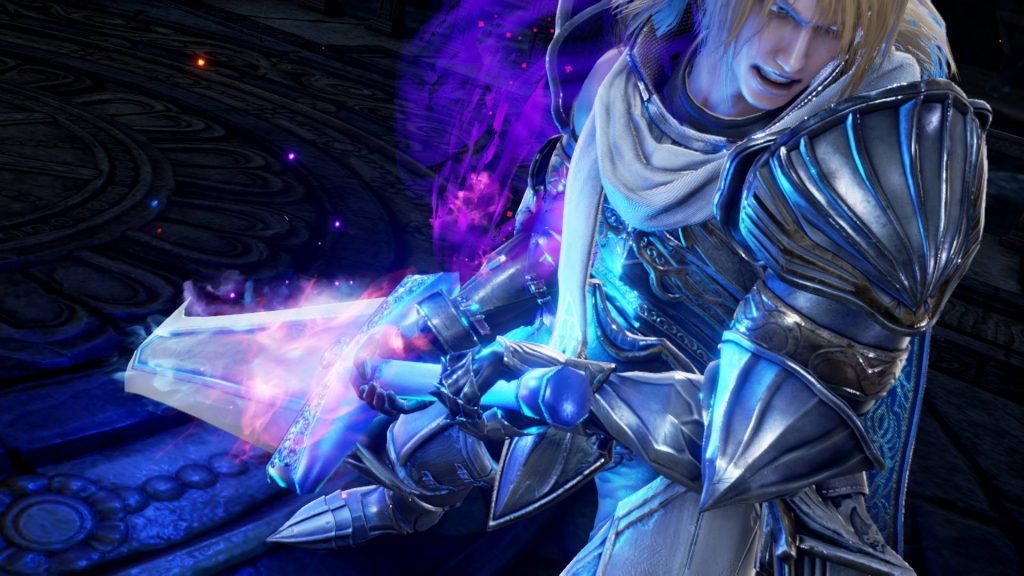 Meter management in SoulCalibur isn’t as important as, say, Street Fighter, but it matters quite a bit. Problem is, it’s often difficult to determine what the best way to spend you meter is, or the right time to do it. Your options are twofold: Critical Edges are special techniques take an entire bar of meter and deal huge damage if they hit, while Soul Charge requires less meter and powers up your character. The nature of that power up varies from character to character, but it unlocks combo paths and techniques that wouldn’t otherwise be available. Knowing when to use these techniques – how to combo into your Critical Edge, when to use it, when to trade the guaranteed damage from a Critical Edge for the higher potential damage of Soul Charge – is something the game isn’t going to teach you how. You’ve gotta work through that yourself. 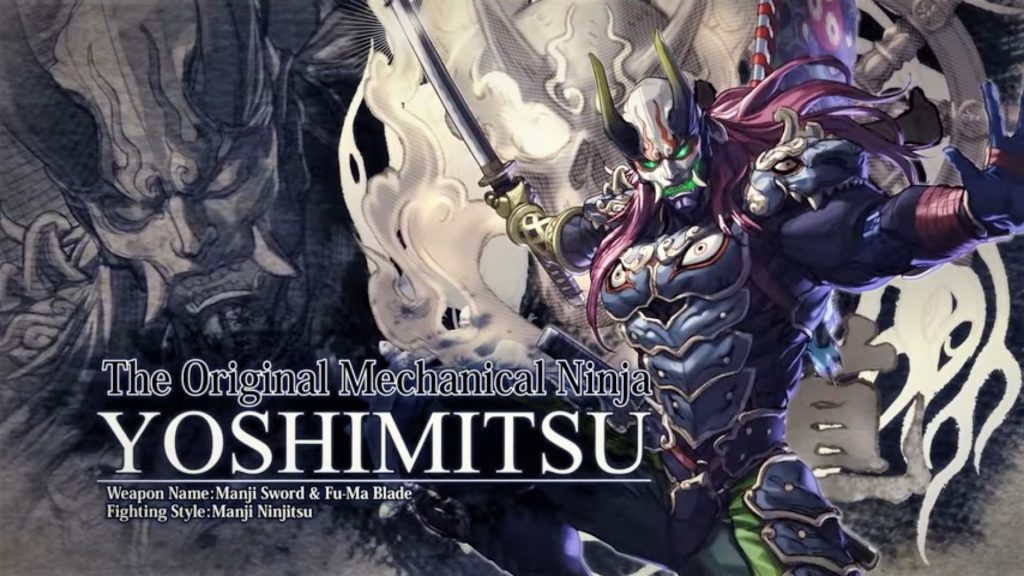 Drop by the Museum

Given how much content SoulCalibur VI has, it’d be really easy to completely forget about the game’s Museum mode, but that would be a mistake. Not only does Museum mode have a ton of cool content to look at – character profiles, concept art, the stuff you can buy with SP – it also features a series of write-ups that will teach you how to play each character, whether you’re a novice, someone who’s been playing for a while, or an expert. From which moves to use to the overall style of play that character prefers, they’ve got it all. It’s a great addition to an already superb mode and you should check it out no matter what character you play.