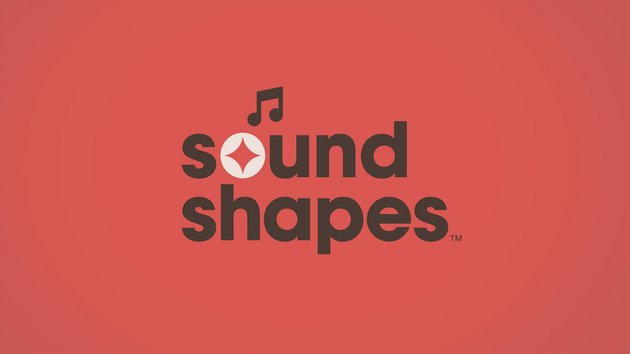 The Playstation Vita needs killer apps to compete in the marketplace against the 3DS, mobile devices and everything else ever invented, but considering Sony’s slow release schedule so far, it’s sort of struggling to make a mark with decent sales. Why this introduction? Because it does have a killed app now in the name of Sound Shapes–an innovate music rhythm game that is not only addictive to play but quite stunning to look at as well.

It’s a sort of game that will reel you into its world through specific tunes that you get to construct in real-time. You can collect things in the level that makes the beat more impressive or just run through the entire stage without collecting anything and just platforming your hearts content.

You control a ball that can stick to environments making your navigation through a level easier. You also have the ability to roll off any object without sticking and combining both abilities is vital to complete a level easily. There are hazards that will make you respawn once you touch them, so controlling the ball efficiently is vital. 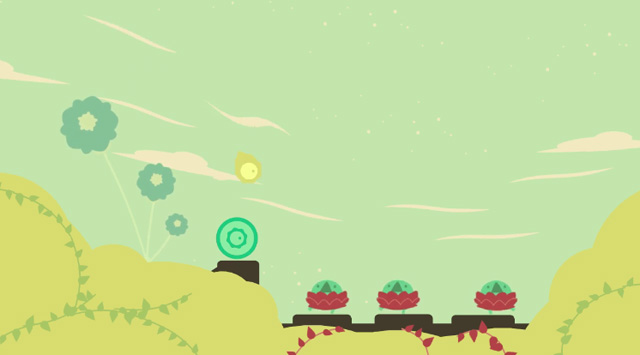 There are no floaty controls like Little Big Planet, so it’s not trial and error here when it comes to testing out your platforming skills. The controls are very responsive and you won’t really find any issue executing difficult or fast moves. However, going fast through the level may result in missing vital collectibles which makes the level even more pleasant sounding than you started. It does not require any skill from you to form an impressive beat however, so missing a lot of collectibles doesn’t have a big penalty.

The level design is amazing with 2D environments and cleverly designed traps meant to impede your progress. The visual quality is amazing and each level possess varied colours and is quite stunning to look at. This is a game where technical proficient doesn’t matter at all. It manages to look good purely on the art design, which is quite commendable. The game is available for the PS3 as well and it’s part of the cross-buy feature where you pay just once and get both PS3 and Vita versions.

Having played this on the Vita, the OLED screen does wonders to the entire graphics, and it really is a fantastic experience playing on the handheld. The touchscreen is quite responsive as well, and over all, the production values are incredible. I would recommend playing this on the Vita rather than the PS3, but if you want to continue on the PS3, you can do that as well. 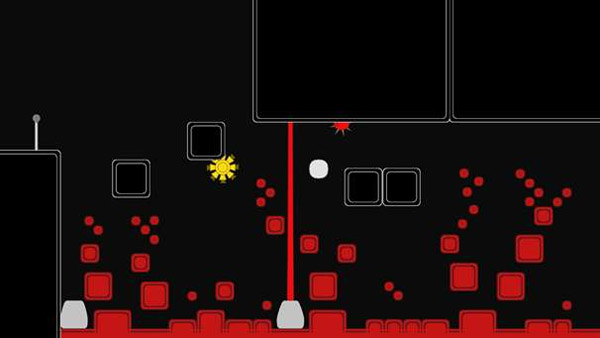 There are a lot of optional challenges here which count toward the 100% completion. This is the most easiest platinum trophy yet, and does not require you to do something extraordinary to get it. Of course, I don’t really care about trophies any more, but it’s a good incentive to people who are looking to beef up their level. Sound Shapes manages to impress with its content, which can last 2-3 hours for the main story, which is divided into 5 albums and contains 20 odd levels.

It’s the quality that matters though. It’s not at all expensive considering you get both version and you can also build things here for others to try out, and early on in the game, you are taught how to create a level yourself. It’s quite straightforward and requires very limited effort to create mind bending levels and all the tools available are accessible to anyone who plays the game.

Sound Shapes has impressed me a lot and it’s one of the best PS3/Vita games to have been released this year. The Vita may not boast a lot of killer software at this stage in its lifecycle but you better buy one for this game. It’s worth it.

Could have used more levels but that's not really something that hurts the game. Why haven't you bought it yet?

Final Verdict:
EDITOR’S CHOICE
The Vita may not boast a lot of killer software at this stage in its lifecycle but you better buy one for this game. It's worth it.
A copy of this game was provided by Developer/Publisher/Distributor/PR Agency for review purposes. Click here to know more about our Reviews Policy.