The fact that Spirit Camera: The Cursed Memori even released in the US is a big deal. A gimmicky, low key, handheld based spin off of  the somewhat troubled Fatal Frame series, which is a franchise that enjoys at best a limited audience, there was little to no chance of Spirit Camera actually making it over here, given Nintendo’s somewhat dubious track record when it comes to localizing niche games of late. And yet, here we are, just a few months after the title’s original Japan release, with the western copies in our hands. The Nintendo published (and now renamed) Spirit Camera deserves credit for numerous things – including actually managing to make it out of Japan, and for being the first full fledged  major AR based handheld game in recent memory – but overall, it is not a title that can be recommended for a purchase in good conscience.

But let’s back up and start from the beginning. For the uninitiated- and surely, there will be many of you there- the Fatal Frame games are a series of horror titles, which focuses on ancient rituals, exorcism, and always features photography as a central plot point. The first Fatal Frame was somewhat of a breakthrough title, and was largely lauded for being a breath of fresh air in the somewhat stale survival horror genre. Subsequent games upped the ante, although as the series decided to go Nintendo exclusive, it lost its already limited popularity, due to Nintendo’s absolute refusal to bring the games over to the west.

Spirit Camera itself is a title that sticks with series conventions, but decides to take advantage of the photography element by using the 3DS’s cameras for real time augmented reality play, making for a refreshing experience, both for the series, and for games in general. The concept is surely genius, and the fact that this game, along with a few select others like the PSP title Invizimals, is a pioneer of AR gaming is something to be lauded. Where Spirit Camera falters, then, is in its execution.

Spirit Camera is a game that feels fully at home on the 3DS. In addition to making some good use of the camera and AR tech, it also uses the system’s built in gyroscope; the player is supposed to spin the system around, to try and detect the ghosts and demons of the game in the real world through the game screen. The concept is genuinely creepy, and there is some great scope for a future AR horror game done right. 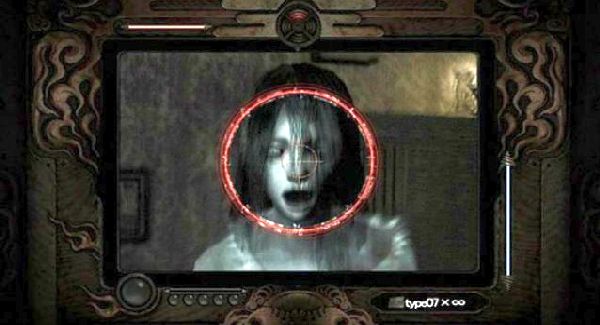 Telling the story of Maya, a girl who stumbled upon an ancient cursed book that haunts anyone who happens to open it and read its writing, Spirit Camera involves players using the actual Diary of Faces- the cursed book of the game, that is actually an AR marker collection and comes packaged with the game- players are set off on a journey to free Maya from the torments that haunt her. The narrative is chilling, and very well presented, and it builds up an atmosphere of extreme fear and genuine tension within the game, which, owing to the game’s nature, literally spills out into reality, causing the player to feel more connected to the game than he or she would have otherwise. Except, there’s one kicker.

Anyone who owns a 3DS has probably already realized the fundamental problem with the game’s set up by now. This here is a horror game that requires use of the 3DS’s built in camera for plot progression, and as its chief gameplay mechanic. The problem? The 3DS’s camera is simply not up to scratch. It was made for some rudimentary, hobbyist photography at best, with a really low resolution (it’s sub VGA), but, worse still, a complete inability to detect objects in low light conditions. Meaning that if you want to play Spirit Camera, you have to do it in a lit room, or your camera won’t recognize the AR markers that you need to detect to move on.

Playing a horror game in a well lit room isn’t exactly conducive to the game’s atmosphere, as you can well imagine. By all accounts, Spirit Camera should be a creepy game, given its premise, its setup, and how it sets out to present these. Except this one fundamental (and fairly large) oversight turns out to be the undoing of it all. 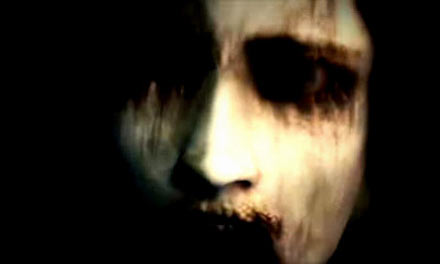 Maybe most players would still have been able to abide by this requirement to play the game in a well lit room- the idea of a ghost being right there in the room with you, detectable only through the lens of your 3DS camera, is pretty frightening and somewhat disturbing, after all- but there are other problems with the game too, and these compound the issue further.

The first problem is that this is a really short game- when I say short, I mean short even by modern industry standards, where five hour campaigns are all the rage. The main story mode should take you, at best, three hours to complete. That’s basically equivalent to one afternoon’s sitting (or robing around your house, in this case). Nothing excuses this absolute lack of content in a full priced game, nothing at all. And while the game does make efforts to mitigate this- it includes some other modes, for instance, all of them centered on the AR gimmick- the added modes have no substance, and are basically about valuable at extending the life of the title as Kid Icarus’s AR mode was. But while Kid Icarus had so much content it was bursting at the seams, Spirit Camera has nothing. 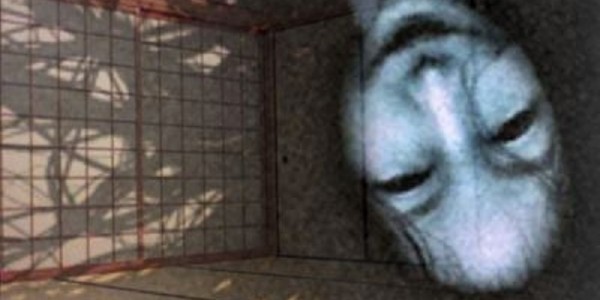 Maybe, just maybe, it might have even been possible to defend the dearth of content and length in Spirit Camera if the short campaign that it does offer had any substance to it. Unfortunately, that’s not the case either, as the Spirit Camera story mode is one same gameplay mechanic mercilessly repeated over the course of a few hours. You detect a ghost, find it in the real world, photograph it to inflict damage, repeat. It starts out as interesting, if only because of the novelty, but it becomes an exercise in mind numbing banality. The fact that you play the game through to the end to see how the story ends, and not because the game itself is compelling to you at all, speaks wonders.

It’s a shame, a lost opportunity. I still maintain that AR based gaming has incredible potential, if only developers were to actually think it through properly. Spirit Camera similarly had a ton of potential, but poor execution, a premise that was incompatible with the execution, at the very least because of the hardware it was on, and a total lack of content ultimately did it in, however. If this had been a budget priced title, at $20, or better still, an eShop game, I likely would have had no problems recommending it, if only because of the novelty. However, right now, I advise everyone to stay away. Which is a shame, because this here is a game that really has its heart in the right place.

Poor execution of the concept; game ends up not being scary at all; repetitive mechanics; absolute lack of content

Final Verdict:
MEDIOCRE
It has its heart in the right place, but Spirit Camera's many faults make it an extremely hard sell.
A copy of this game was provided by Developer/Publisher/Distributor/PR Agency for review purposes. Click here to know more about our Reviews Policy.