We will start off with the ‘The Killing Floor’ as it is exactly what it states itself to be… another killing frenzy arena. This is much like the arena challenges that are already in the game only you start off in a pure white room. If you have played Splatterhouse before or even read about it, I think you’ll know what I mean when I say it’s time to paint. The Killing Floor room goes from white to blood red as you rip enemies apart and this challenge room really shows off just how much blood your are cause to well.. splatter. A boss battle comes at the end and is pretty cool. Every ounce of blood is seen when a white room is the battleground but that is basically it, just another challenge room for a fair price i suppose of $2/160 Microsoft Points.

Next up is ‘The Lost Island’ challenge room, which is much like The Killing Floor. The scenery is great with broken mirrors strewn about and stone pillars with a mountain view in the background. Wooden boxes drop in between the waves of enemies as well as boreworms to gain blood in between battles by stomping on them. Once again at the end there is a boss battle and it’s just another challenge arena if you get bored of the ones that come with the game. Same price as the other, $2/160 Microsoft Points.  These two DLC packs now available have pretty cool boss fights at the end of them which is not the case for the pre-order bonus challenge rooms that are explained below. 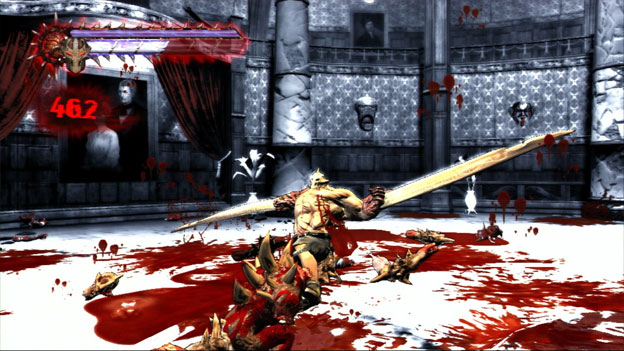 If you pre-ordered the game from certain retailers you got additional area challenge rooms not available for purchase which are the ‘Heart of the Mansion’ and the ‘Hall of Mirrors’. In the ‘Heart of the Mansion’ challenge you start off with a chainsaw which already is a good thing. Heart of the Mansion gets its name from.. well the beating heart of the mansion in the background that you will hear through out the challenge and you will find the room familiar if you played the story as well, dare i say it again, it’s where you encounter the ‘Heart of the Mansion’ in the main game. The stage itself though is nothing special as it is just another challenge room with the same enemies that is similar to the Wickerman challenge already in the game. The other pre-order challenge room is the ‘Hall of Mirrors’ which, you guessed it takes place in the area of the main game where you fight SPOILER——– Mirror Rick only there are no Mirror Ricks to fight here. —-SPOILER END. You star off with a shotgun which is good because the difficulty of this challenge can be put up there with some of the hardest ones. Other than all that if you can live with out extra challenges, you can live with out all this DLC, but of course the pre-ordered bonus ones, you might as well play. They might even help with some achievements/trophies. 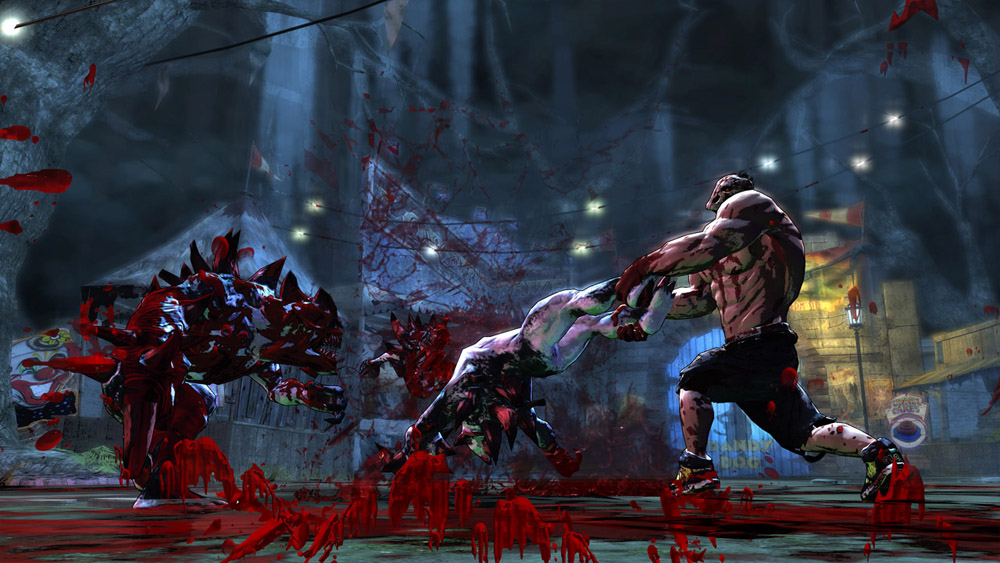 There is also the original Splatterhouse games included in the game.  As some of you may not know this is far from the first Splatterhouse title released.  This is an AWESOME addition to the game and more games should really do this.  The games are the same as they were back in the day of SEGA Genesis and COIN-OP Arcade games.  This is really in my opinion one of the best features of the game and basically adds 3 more games to Splatterhouse.  Although they are old arcade games they are still fun and it’s nice to see how the Splatterhouse franchise started off.

You can also purchase different mask which are literally just a diferent mask to where, not giving you any actual additions other than the look and appeal.  Each cost $1/80 MSP.  There is the:

Adds more challenge arenas if you have done everything in the game and are bored. Semi epic boss battles on the purchasable DLC. Fair price, good be $1 rather than $2 for each.

Just the same arenas as the ones already in the game really, with the 'Lost Island' and 'The Killing Floor' differing slightly.

Final Verdict:
FAIR
Additional challenge rooms much like the ones already in the game offer more if you have annihilated the rest of the game on top of the original Splatterhouse 1, 2 and 3 old school arcade platform games from way back in the day definitely add to the game essentially adding 3 more games on top of Splatterhouse.
A copy of this game was provided by Developer/Publisher/Distributor/PR Agency for review purposes. Click here to know more about our Reviews Policy.