Remember how cool it felt back in 2002 to shimmy up drainpipes, leap over walls and creep about in the shadows before punching someone in the back of the head? I’m of course referring to the introduction of Splinter Cell and Sam Fisher on the original Xbox. Fortunately, I still love doing all those things, which is just as well as Sam has made a welcome return in shiny new HD format. 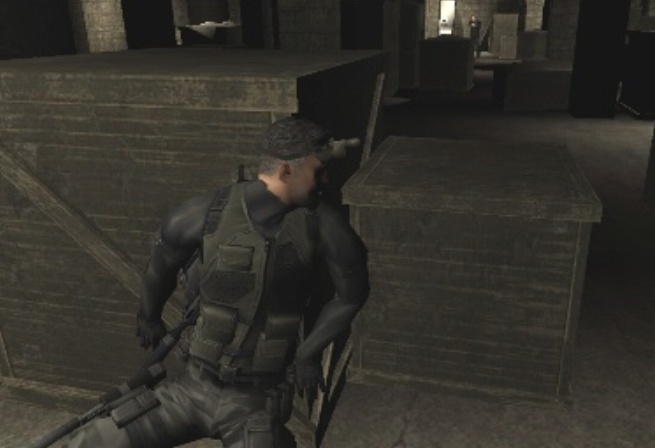 Sam Fisher is back, along with all his trademark spy gadgets

After all these years, Splinter Cell HD is every bit as good as it was. Along with Thief, Deus Ex and Metal Gear Solid, it helped to push stealth games into the spotlight (ironically) and made the idea of biding your time and being patient an appealing premise in a game. No more of this running in with all guns blazing mentality; this was an era when covert ops, technological gadgetry and superhuman agility was needed to get the job done.

The plot? After the president of Georgia is assassinated, it all kicks off and Black Ops veteran Sam is sent out to bring some normalcy back to the country and avert war. After the comprehensive tutorial where you get to grips with the various controls and techniques you’ll be shooting out lights, avoiding guards, picking locks and worrying about how best to walk across gravel silently.

Ziplines, ladders, vents and walls pose little problem for this super spy – and it’s still immense fun to scale a wall and pull off that trademark leg-split manoeuvre. But  there’s nothing more satisfying that sneaking up behind an enemy, grabbing him by the throat and forcing his eyes towards a retinal scanner. Door open and job done; you’re then free to pummel him and dump him in the shadows so you’re not detected.

The lighting effects still deserve plenty of praise even all these years on. Remember, the darkness is your friend in Splinter Cell so keep in the shadows, hug the walls and avoid surveillance cameras by keeping out of the light. Thanks to your supremely cool night vision goggles, you’ll have a distinct advantage over all those bad guys! 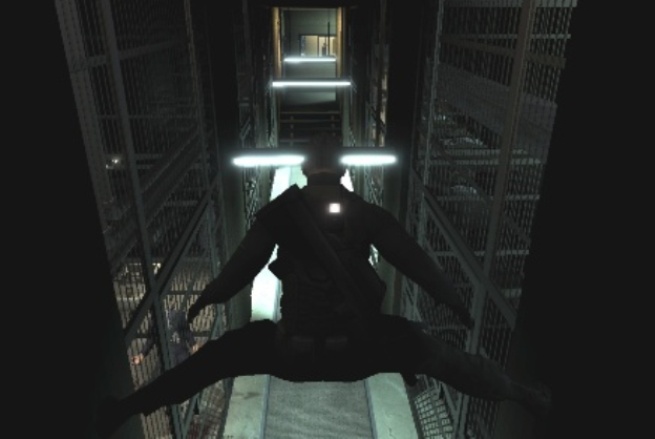 You can pull off some pretty cool moves to avoid detection

The sound effects are all spot on too: the voice acting is good and well suited to the characters, while the music is suitably subtle and atmospheric. Ensuring your footsteps are light will prolong your life a little longer – make too much noise and a passing patrol will quickly note your presence.

It’s not all good news though. While the core gameplay is there and just as brilliant as it was all those years ago, the revamped graphics can’t hide the slightly dodgy cutscenes with their poor lip synching. For some reason, although the main game has been given the HD treatment, there are plenty of areas that look a little dated graphically. This is seen right from the start with the opening newsreader cut scene and the intro to the assault course tutorial. Sadly, it doesn’t get any better later in the game. Voices spill from the characters and their mouths move a few milliseconds later, movement is stilted and looks pretty unrealistic, while the backgrounds and environments in these scenes seem low resolution and basic. It’s a shame but quickly forgotten when you dive into the action.

Otherwise, very little has been altered, although quick save is a welcome addition and makes the game far less laborious if you’re detected or killed as a restart point never has to be that far away. 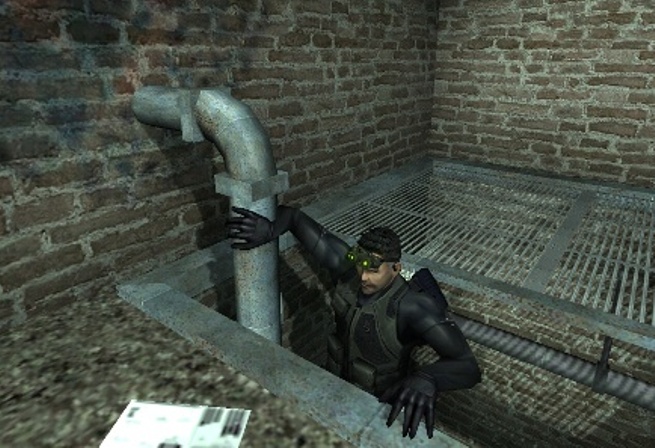 This is a thinking man’s game. If you like big guns and explosions, perhaps look elsewhere

In conclusion, Splinter Cell HD is still a fantastic game and brings back many happy memories. While it’s perhaps been surpassed by its many sequels, including the excellent Conviction, Tom Glancy’s classic can still hold its own. It’s great to play it again and well worth wasting a few hours on. If you’re into your big, brash, explosive shooters then this perhaps isn’t for you. However, if you’re after a slightly more cerebral, slower approach that makes you think about how to progress further in the game, then Splinter Cell HD is certainly suited for your download queue.

Even all these years on, Splinter Cell remains one of the greatest stealth games ever. For those who have never experienced Sam Fisher, this is the perfect opportunity at a great price

Final Verdict:
GOOD
A classic game revisited. Splinter Cell HD is the same great game but with a nice new facelift. Along with Metal Gear Solid, this was arguably the king of stealth games and it's a great addition to your collection whether you're a fan or new to the series
A copy of this game was provided by Developer/Publisher/Distributor/PR Agency for review purposes. Click here to know more about our Reviews Policy.