Does Star Trek: The Video Game boldly go where no other video game has gone before?

I really, really, really wanted to like Star Trek. I really like the new JJ Abrams movies that the game pulls from, and I was hoping that the property would, similar to Batman a few years ago, continue its resurgence across all formats, video games included. I went into it telling myself that I would like it. I tried my best for as long as possible to downplay or outright ignore as many of the game’s plethora of problems as I could. I kept telling myself I was gonna start enjoying it soon, damn it, that I was enjoying it now.

But of course, none of that was true. There was only so long I could keep pulling wool over my own eyes from the absolutely self evident fact that Star Trek: The Video Game is another addition to a long line of video games that take licenses with incredible potential, and then proceed to squander it. For every one thing that this game does well, it does three more things wrong. Playing Star Trek is more painful than it would be to play an outright bad game, because the license could theoretically lend itself to such an incredible video game. And yet here, we get nothing. Here we get a shooter that is as run of the mill as Star Trek’s science fiction outer space setting is now generic. 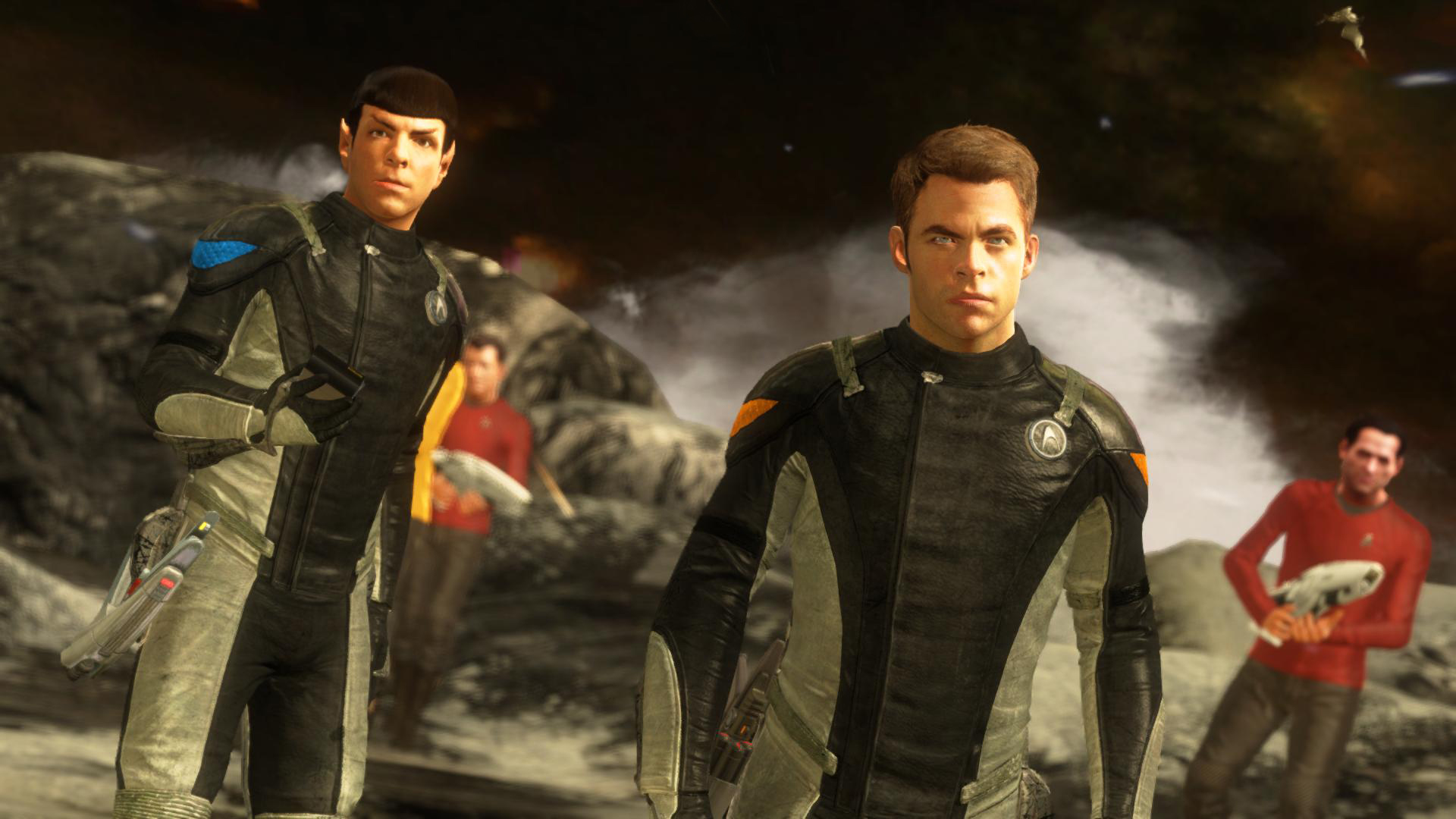 Let’s start first with what the game does well, though. Most important of this are perhaps the most inconsequential parts to the actual game part of a video game. Nonetheless, credit where credit is due, because Star Trek: The Video Game has a pretty good story. It’s no Mass Effect, nor is it even as good as the 2009 reboot, or the more recent Into Darkness. However, it feels right like it belongs to the old Star Trek television series, while still set in the new continuity where Kirk’s father dies, and Vulcan is destroyed by a black hole.

"The shooting problems are made even worse because the enemy AI, to put it plainly, sucks. "

Equally good, if not better, is the game’s general presentation. Cutscenes in general are pretty impressive, the graphics are rather good looking (if plagued by the occasional glitch), and the voice acting, in particular, coming courtesy of the films’ cast, is spot on and indicative of some very good production values.

Straddling the divide between what the game does well and what it does not is its gunplay. Star Trek: The Video Game is designed as a third person shooter with an emphasis on co-op gameplay (you can play as Kirk and/or Spock, depending on whether you are playing single player or multiplayer). And while the actual shooting mechanics are done well, and there is some rather good variety when it comes to the weapons, there is no denying that it all feels so trite, so banal, so boring, so run of the mill. Star Trek: The Video Game does not boldly go where no game has gone before with its gameplay design, it chooses to fall into the same rut that other, better games in the genre have worn so well by this point that most veterans of the genre know them like the back of their hands. 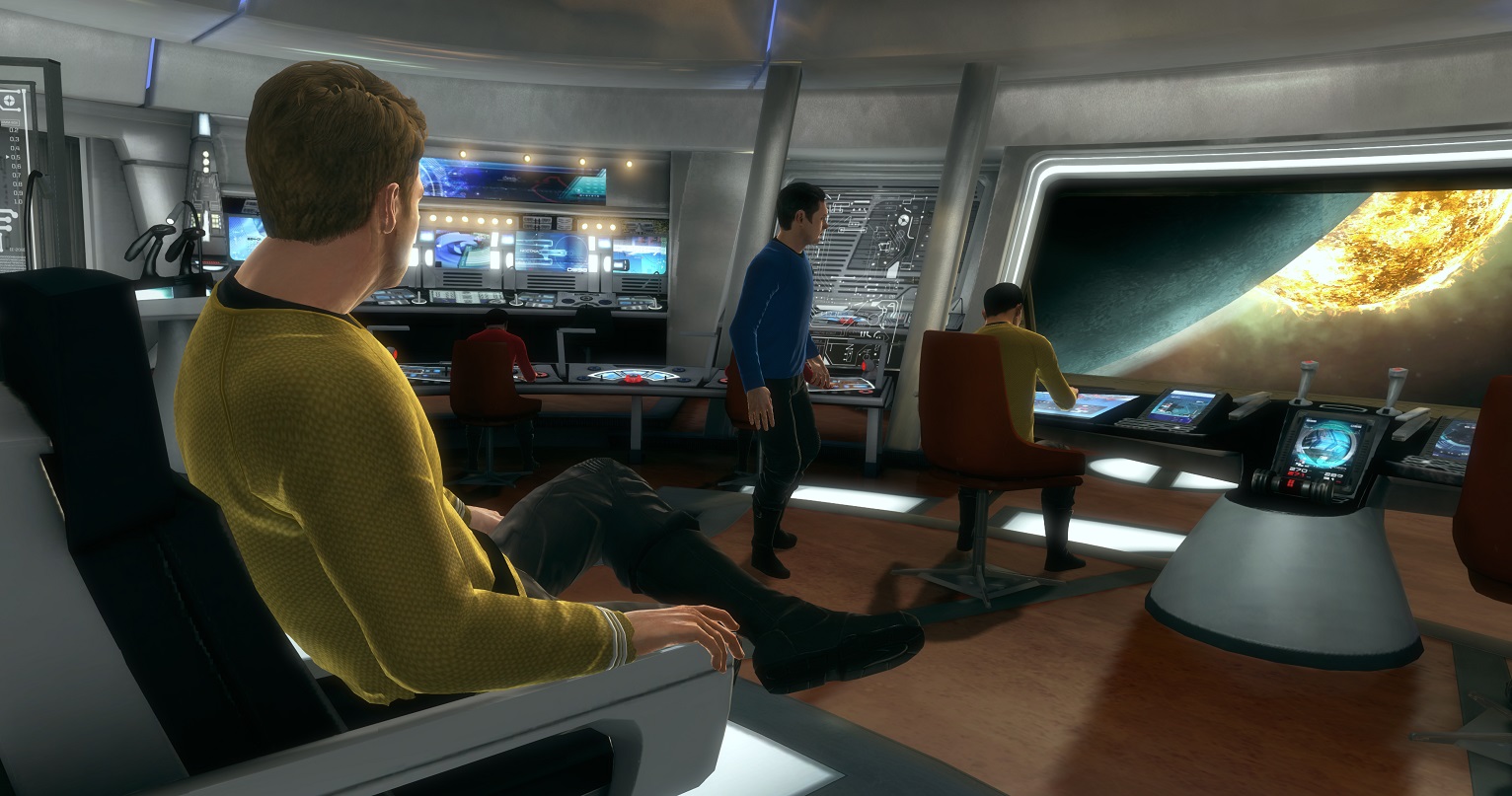 The problem is compounded by the level design, which is bland and boring, and the weapons themselves- as mentioned above, there is at least some good variety, but the gunplay just feels off, it never feels right, it always feels a bit… floaty. It’s like the anti Killzone, the Super Smash Bros. Brawl of third person shooters.

The shooting problems are made even worse because the enemy AI, to put it plainly, sucks. Glitches abound, and the Gorn, your quarries in this game, are clearly a collectively maniacally depressed species, driven to the brink of suicide, and only deciding to come into battle so they could just stand there dumbly, behind walls, or in plain open sight, while you pick them off one by one.

"In all seriousness, though, the game has some serious issues. "

It’s not like the AI problems are just limited to the enemies alone- there’s perhaps a reason this game places such a heavy emphasis on co-op, because otherwise, your partner acts every bit as suicidal and retarded as the Gorn do. He will just stand there, staring at the oncoming fire blankly, almost as if he can’t believe his eyes. Unless, of course, his aim was to get us killed, and thus disable the Enterprise entirely, in which case the plot of this game suddenly becomes, like, five times better than it was.

In all seriousness, though, the game has some serious issues. I never even got around to describing the sad platforming parts, for example. It sucks, because again, there is the nexus of a great game here, and there are some very well done production values here. But I have to stop and wonder whether the game got enough time in the oven, because it feels like with just a few months more, it could have been legitimately good. As of now, it’s just a letdown.

Good story; great voice acting, lent by the cast of the films; shooting is done nicely, even though it is banal

Shooting mechanics are run of the mill, enemy and friendly AI suck, weapons feel off, platforming is broken

With just a little more development time, Star Trek: The Video Game would have had a legitimate shot at being a good video game. As it stands now, though, it's just a bundle of missed opportunities

A copy of this game was provided by developer/publisher for review purposes. Click here to know more about our Reviews Policy.
Tagged With: Namco Bandai, pc, ps3, Star Trek The Video Game, xbox 360 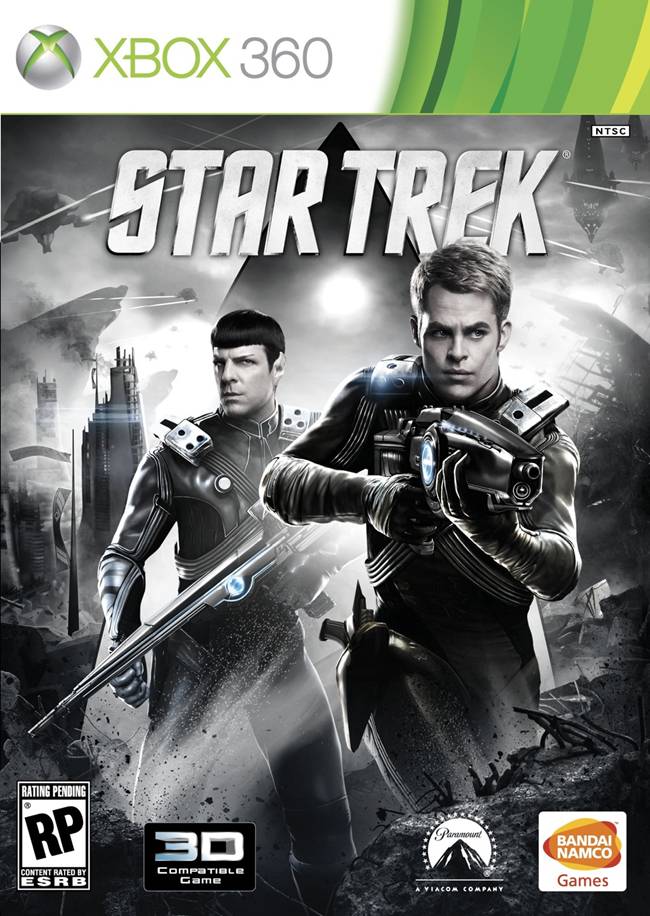