Welcome back to the galaxy far, far away.

For me there’s nothing like playing a game that takes place in that special galaxy far, far away. But after playing 2015’s Star Wars: Battlefront  it was really hard for me to wrap my mind around why the developers at DICE decided to leave so much content out of it. With no single player, very limited maps, and not enough space battles, EA’s Star Wars Battlefront was sort of left in the dust.

DICE  have returned to try their hand at the beloved franchise one more time with Star Wars: Battlefront 2. Let’s start out by getting one thing out of the way right here and now: Star Wars Battlefront 2 will have a single player campaign mode. It’s odd that the first game did not, when the original Xbox/PS2 versions did. It’s interesting because both shooter fans and Star Wars fans were both disturbed by the game coming without a standard campaign. There is nothing to worry about this time around, however.

My experience with Battlefront 2 took place on the planet of Naboo as a battle broid in a luxurious and beautiful city. Standing brave with my standard issue rifle — although good, it was also flimsy — I took down the soldiers of the castle/city and felt as though I was really trying to take over this eye-poppingly magnificent city with my team. 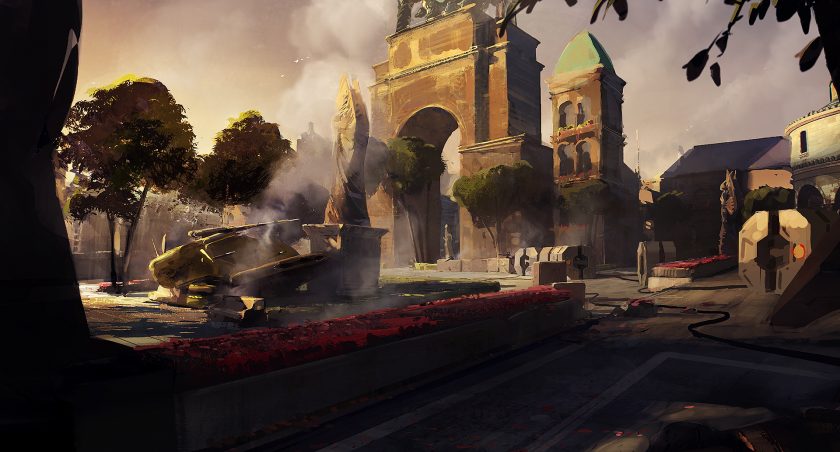 "The map of Naboo is almost beyond words."

The map of Naboo is almost beyond words. It reflects the movies properly not only with the look of the grand, towering buildings; the green copper-washed rooftops possibly faded by the salty air; the individual bricks that create the foundation, giving it substance and character; the vistas and backdrops of the world just outside the map and many miles away, but also the accuracies of the the atmosphere that gives it that special feeling that it seems only Star Wars can. Droids run around the grounds of the city, trees wave in the breeze as they’re being shot from both sides. The large columns that support the architecture look as though they’ve been standing for hundreds of years; as though this city is authentic and it’s been lived in with regular residents and guests, who’ve been forced to evacuate due to the war.

On top of that, the sounds were as authentic as any Star Wars movie. Blaster fire sounded as though it was from a true Star Wars rifle, the battle droids called out “Roger, Roger,” as they would. And the blaring music was as wonderful as any of the movies.

I played at a battle droid within the game, and as many Star Wars fans (such as myself) know, the battle droids are the weakest characters in the movies. So how did it translate to game? Well, DICE took out the usual one-shot kills the droids received in the movies. Now their health is at least equal to the humans from the other side. These little guys look like skeleton figures of humans, but with long angled heads, and a backpack of sorts. I was lucky to get shot a few times before actually dying, so I know the droid fairs much better than it’s depicted in the movies.

During respawn times, or before entering a match, I was able to choose which battle droid I wanted. They’re all pretty much the same all around, and the variations come in selecting which droid has which weapon. For example, the standard assault battle droid is equipped with a a light laser rifle, whereas a heavy battle droid is equipped with a heavier laser rifle known as the E-5C. There are also Officers and Specialists who have their own variations also. I wasn’t getting enough punch from my rifle my assault droid was carrying, so I switched it over to the heavy battle droid.

"Battle Points in this game are similar to money, or credits. They allow you to buy certain items or vehicles during the game and can be distributed for killing, game achievements, or numerous things."

Within this pre-alpha version, I was sent to protect a transport. Now the interesting part of Battlefront 2 is the ability to mix characters from different movies together. So clone troopers from Episode III were battling me on a set from Episode I. I’m not sure how extensive the sets and characters are, since this was a pre alpha configuration, but it was cool to see this set and these characters mix together.

Battle Points in this game are similar to money, or credits. They allow you to buy certain items or vehicles during the game and can be distributed for killing, game achievements, or numerous things. For my time there were six options I could purchase: Vulture Droid (flying spaceship), Troop Transport (pretty much a tank of sorts), AAT (another variation of a transport), B2 Super Battle Droid (a variation of a bigger, more powerful version of my character), Boba Fett (everyone’s most loved bounty hunter), and Darth Maul (the red and black faced man with a double bladed light saber). Of course, I wasn’t that great at the game, so I went with the cheapest extra add-on item at the time: the Vulture Droid. But it didn’t matter because the Vulture Droid is a self-aware spaceship (meaning it has no pilot, the ship is a droid itself) that I can gracefully fly over the entirety of the map and rain down laser fire upon my foes.

The flying of the Vulture Droid around the city handled and felt fantastic. Its ease of banking and firing were well implemented, and didn’t feel weighed down by any extra controls or configurations.

Overall, the look and feel of Star Wars: Battlefront 2 felt as though DICE  really wanted to make an experience that not only they loved, but we loved as well.