We got a chance to sit down with Alexey Menshikov, who is the Founder/CEO of Beatshapers and we talked a bit about how their upcoming game, StarDrone is shaping up. Interestingly it’s one of the first PSN game that will support the PlayStation Move, will be in 3D and there will be an NGP version of the game.

GB: The PSN collection is growing by the day, and the games just keep getting better and better. Will Stardrone be able to stand up against its competitors properly?

Alexey: Yes, absolutely. First of all, StarDrone is brand-new-fresh genre. Basically it is an action-puzzle game but actually its like Sonic the Hedgehog meets Pinball, with puzzle and breakout elements, and a lot of frantic high-speed action. There is no such games in PlayStation Store (yet). Secondly, its designed for PlayStation Move motion controller and I belive this is first indie titles to be released on PSN with a Move motion controller support.

GB: In a game like this, you usually expect a lot of replay value. Will you be incorporating several game modes in the game or something like that to increase its replayablity?

Alexey: StarDrone is a highscore-based game: the better you perform, the higher score you get, the higher position in leaderboards you receive. We have 2 kind of leaderboards: One which is the sum of all your level scores and the other in which every level has it’s  own score board and we added sort of social element there: when you select the level, you can see your position in scoreboard against friends. In that way it is really fun. We’ve tested the game with help of external QA company, and their testers got higher scores than we did internally, so we silently tried to beat them by playing the game and finally got the highest results.
Also, in future updates we will consider adding special Challenge modes to increase replayability and potentially exploring the opportunity of adding You Tube feature where player can upload their level performance directly to You Tube. But this is in the future plans at this moment. 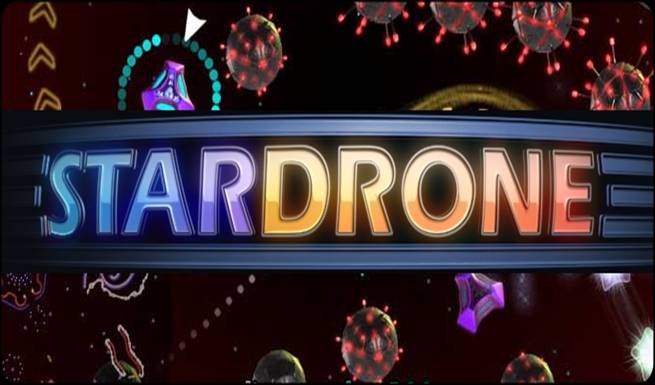 GB: Stardrone does seem to be a very unique game… but what makes it so unique? Can you elaborate?

Alexey: The unique feature I think is that the game does not belong to a single genre but mash-up of many others. Every level is designed with variety of elements to challenge the player but the goal is to finish the level with the shortest time as possible. Also there are 3 kind of levels endings: clear the level, kill all enemies and complete the puzzle, so we have many levels configurations to impress the player. To be honest, its actually quite hardcore and a challenging game but we designed it having the hardcore audience in mind.

GB: Do you think Stardrone will sell well enough to warrant maybe a sequel?

Alexey: We really hope for this. If gamers like it, we already have a plan for StarDrone 2 with more levels and various game modes.

GB: Do you think downloadable games are not given as much recognition as they should be?

Alexey: I think this has happened because of lack of marketing and publcity from developer. Indie developers can create games but to get a shout about its usually impossible for them. That’s why many games remain unknown for a long time and that’s is actually our business model as a digital space publisher – we bring the indie titles, which are already released on PC to another platforms to gain wider audience. This works perfectly with our already released PlayStation Minis games and we hope this will help us to show the StarDrone to the world. Another issue with downloadable games is even though their market share doubles every year, retail still remains the main channel for gamers but we hope it will be change soon 🙂 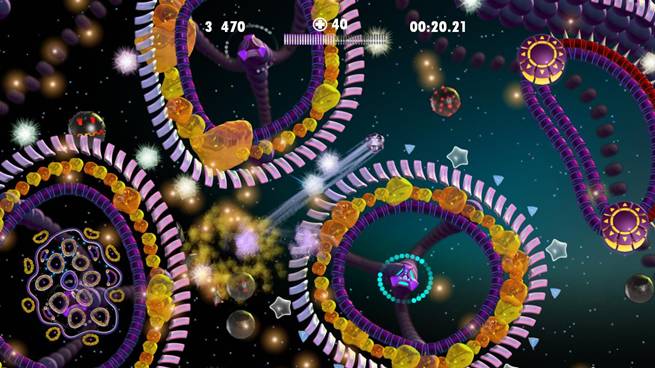 GB: How different will it be playing Stardrone with and without 3D?

Alexey: Its not really different but StarDrone is 3D enabled and so you can get the depth, so the player can focus on level geometry and obstacles, I’d say on some levels its even advantage. We are still working on the 3D patch, trying various methods to make visuals richier and better. 3D support will come as a patch later on.

GB: Do you think indie games have scope for PlayStation Move support?

Alexey: PlayStation Move is very good platform: precise, fast in response. There are so many ideas for indie developers for Move controller, so I think, yes this is defenitely an opportunity. The problem is that PS3 development is not cheap and require some qualification and understanding the platform, so its potentially makes an higher entry barrier for potential developers but from my experinece, you have to understand it once and it become much easier. Currently, we are working on an unannounced PSN game and the development process is way easier now.

GB:  Is there anything else you want to tell us about the game?

Alexey: We are working on the NGP version of StarDrone.