Take a moment and flashback to the year 1997, a year that is arguably one of the best for video games of all time. Counted among the best that year had to offer are games such as Final Fantasy VII, Goldeneye, Castlevania: Symphony of the Night, and at least four starts to blockbuster series that exist even today. Among the elite of the class of ’97 is Star Fox 64, a game that helped catapult the video game industry out of the 16 bit era. It’s been nearly fifteen years, but once again store shelves are graced by this blockbuster title, and let me tell you: It’s just as good as it’s always been!

For those few of you who have never played or never heard of Star Fox, the game is one of the greatest rail shooters to ever exist. You fly through levels on a predetermined course, shooting down all manner of enemies that wish to blow you and your three team mates up. Each level ends in a boss of some sort, and many levels have multiple ways to complete the mission sending you to one of many different stages. This gives the game a lot of re-playability as you try to take different paths through the Lylat System, as well as trying to earn the difficult to acquire medals on each planet by defeating a certain amount of enemies. 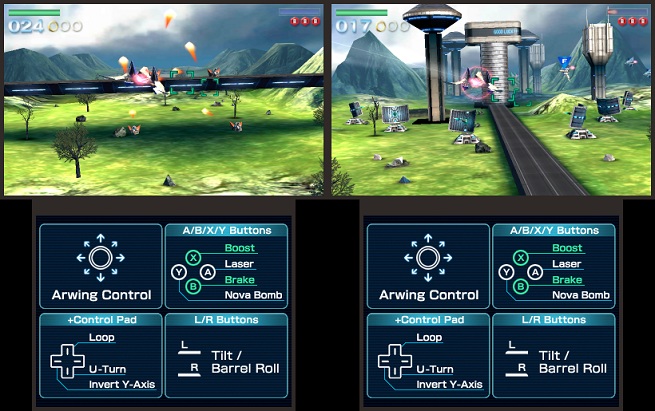 With the basics out of the way, let’s dive right into what sets this game apart from the original. To start with, Star Fox 64 3D has improved the graphics for the 3DS giving this old title a fresh new coat of paint. Don’t expect any amazing improvements in this area, as many of the polygons are exactly as they were in the 64 version. What is greatly improved is the textures on the models as well as the water effects. Zoness literally made my jaw drop when I saw how gorgeous the toxic waste you fly over is in this remake. Yes, you heard that right, the 3DS makes even toxic waste look beautiful. Likewise, Solar was another example of the new environmental effects at their best. Some of the original voice acting has been re-done, but fear not! The lines remain unchanged, and most if not all of the voice actors have returned making the change nearly unnoticeable to all but the most diehard Star Fox fans.

Star Fox 64 3D also seeks to take advantage of and showcase many of the 3DS’s unique features giving this title a very different feel from the original version if you so wished it. Obviously, the biggest addition is the inclusion of a 3D mode. Admittedly, the 3D did not leave a lasting impression on me, as few 3DS games have managed to accomplish thus far. While it certainly didn’t hurt the title, and it was well implemented it is not enough to sell the title. The background remains as a static flat image, but nearly every single enemy, obstacle, and projectile are depicted in 3D to give a greater depth to game’s stunning visuals. This game also utilizes the gyro sensor inside the 3DS so if you wish you can pilot your arwing without so much as ever touching the circle pad. Once again, I found this feature to be fluff added onto an already strong title and nothing substantial. The gyro controls are much more difficult than the standard controls, and I’m sure you’ll look all the more ridiculous for it if you decide to play this game in public. 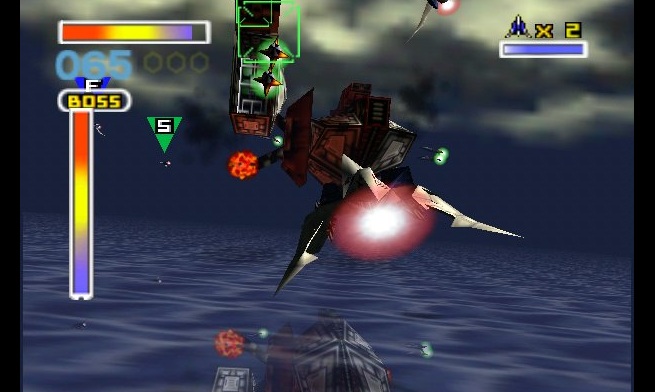 Do a Barrel Roll!

This game does include multiplayer which plays much like the original version, but with new levels and all new power ups aside from the standard lasers and bombs. In addition, you can utilize the camera to take your picture so that others can see you as you blow each other up. The downside? No online play. Multiplayer on this title is entirely LAN play, but thankfully you and your friends can play with just one copy of the game via download play.

While Star Fox 64 3D certainly won’t sell systems all on its own like Ocarina of Time, if you are currently a 3DS owner and enjoy Star Fox or are unfortunate enough to have never played the game I suggest you pick it up. The only people I would recommend not to pick this particular title up would be those of you who have already played it and know you don’t like it. With such a limited number of games available for the 3DS, this game should easily slip into the top 5 games for the system and makes an excellent addition to the collection of any early 3DS adopters.

It’s the same old Star Fox you remember from years ago with even more additions!

It’s the same old Star Fox you remember, but the additions are pretty insubstantial outside of multiplayer.

Final Verdict:
EDITOR’S CHOICE
This 1997 classic returns to the 3DS with a fresh coat of paint, losing none of the potency it carried as a timeless blockbuster.
A copy of this game was provided by Developer/Publisher/Distributor/PR Agency for review purposes. Click here to know more about our Reviews Policy.