Posted By George Reith | On 23rd, May. 2011 Under Reviews | Follow This Author @GNReith

It has always struck me as odd that there is such a discernible split between console and PC gaming. The console experience is explosive and direct, whist its PC counterpart has always been a more expansive and thoughtful affair. Starpoint Gemini pretty much defines everything you enjoy about the latter. A space RPG with rewarding and epic combat, Starpoint Gemini is a rich and meaningful experience, if a very slow one.

The game is, as the title suggests, set in the future. As rivalling factions battle out an intergalactic civil war in the Gemini star system, a black-hole anomaly causes the system to be severed from standard space time. Anyone caught in the anomaly reawakens years later with no recollection of ever having been missing. You are one such individual who, having been out of action for 23 years, must re-familiarise yourself with the Gemini system and its current goings on. Space pirates, warring factions and intergalactic mercenaries are the least of your worries. 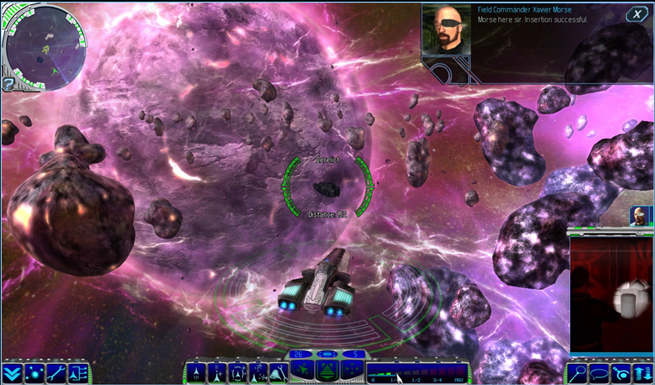 The game is all about space travel, with all of your dealings on space stations handled through a series of menus. The rest of the time it’s just you and your crew sailing across the galaxy. Your basic actions such as communicating with other ships, scanning asteroids, deploying your grappling beam etc. are all handled through a row of buttons on a panel at the bottom of the screen. It isn’t overwhelming complicated, but there are certainly a lot of actions to get your head around. Not only does this make shortcut keys plentiful and difficult to remember, but it also means you have to sit through a rather lengthy tutorial to learn it all properly. The tutorial is necessary, but it is a dull and slow start to the game.

Once your off and away though, the rest of SG is clear sailing. The story missions are gripping enough to keep you hooked, but it is the exploration elements of SG that really stand out. The game just feels very expansive. The graphics and sound certainly help, with a huge draw distance and random radio chatter building up a decent sense of immersion, in spite of some sparse and repetitive textures and environments. The little tasks like harvesting ores from asteroids, looting derelict ships, trading goods across systems all help add up to make a deep and non-linear package. The only blemish is that the actual side-missions you embark on are very repetitive. Aside from that though, you can have a tonne of fun with SG without even touching the main campaign. 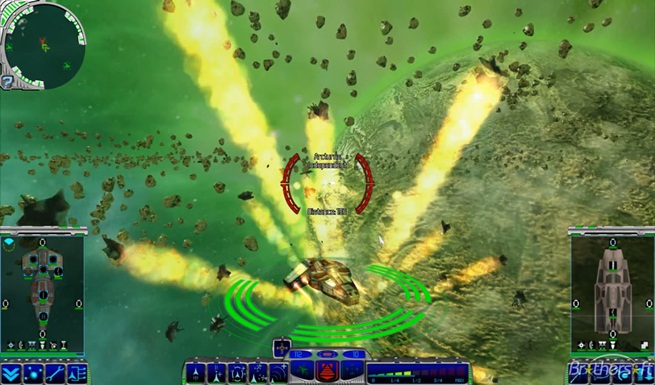 When you aren’t exploring the depths of space or managing your crew, the likelihood is you’ll be engaging in space combat. The fights in Starpoint Gemini are some of the most accomplished moments, as so many variables are thrown at you that you have to manage. You have your five active skills you can level up and activate, you have your four directional shields to manage, what weapons systems to fire, what enemy weapons systems to target, your ship’s unique ability etc. There’s a lot going on but, as all the actions are labelled on the game’s skills bar at the bottom of the screen, it is all easily manageable. That said, you wind up doing a lot of mousing around in these battles as a result. Whilst you can’t lose track of anything, it can feel a bit too clunky on occasion. That said, battles are a fun and rewarding experience in SG and not just the boring bits between missions.

The level of customization offered in the game is also noteworthy. Character creation offers a choice of appearance features. Though the options are plentiful, the changes never seem to be particular significant. That said, the game affecting options are for more decisive, with ship systems, skill points and your crew all directly influencing how you will preform in combat and what kind of skills will be available to you. Space is a vast place full of new upgrades for these various parameters as well. Indeed, a lot of the satisfaction in Starpoint Gemini is in slowly building up to obtain the most powerful ship and crew in the galaxy. 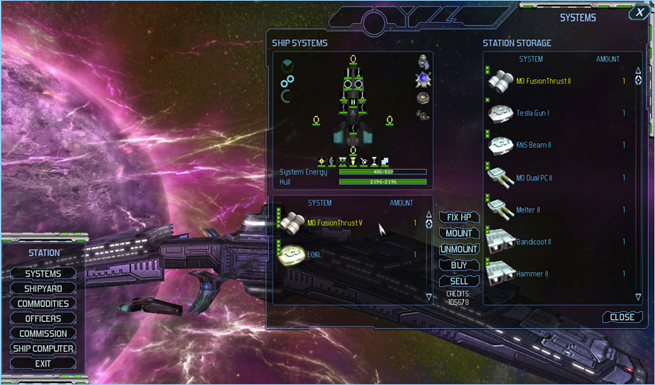 There are a lot of menus to navigate. Pacing isn’t the game’s strong point as a result

All in all SG offers an absolutely colossal package that sci-fi and RPG nuts are going to love. The big killer for the rest of us though is the pace. Between the combat and story are a lot of menus, a tonne of inventory management and a MASSIVE amount of time spent driving from one destination to the next. It is this inconsistent, and often plodding, gameplay pace that lets Starpoint Gemini down somewhat. If you’re happy taking your time with things though, there is a huge amount of depth and satisfaction to be had. If you want a space RPG that will suck you right in, consider Starpoint Gemini a worthwhile investment.

An intelligent and deep open world RPG, Starpoint Gemini will give the thinking man a worthwhile adventure, though it may be a little too slow paced for some

A copy of this game was provided by developer/publisher for review purposes. Click here to know more about our Reviews Policy.
Tagged With: pc, Starpoint Gemini