Steep Interview: Raising The Bar To The Clouds

Go beyond the extreme in this new extreme sports game from Ubisoft.

If that team at Ubisoft Annecy are trying to prove anything this E3, it’s that extreme sports games can be the highlight of your gaming line up. Introduced for the first time at their E3 media briefing, Ubisoft showed a lot of ambition towards their newest IP by revealing their extreme mountain sports game Steep last in their line up — and it feels like it may already be living up to the hype Ubisoft would like it to culminate from their presentation.

Steep is Ubisoft’s newest project over two years in production already; its development is years of collective ingenuity in bringing the player to the mountains through a unique experience that showcases a sense of realism and scope. And who better to do that than the Ubisoft Annecy? They are developers whose offices are literally next to the mountains they’ve so meticulously crafted and reproduced within Steep to allow the player to soar higher than ever before.

GamingBolt had a chance to sit down with Arnaud Ragot, Steep Game Director for a few questions: 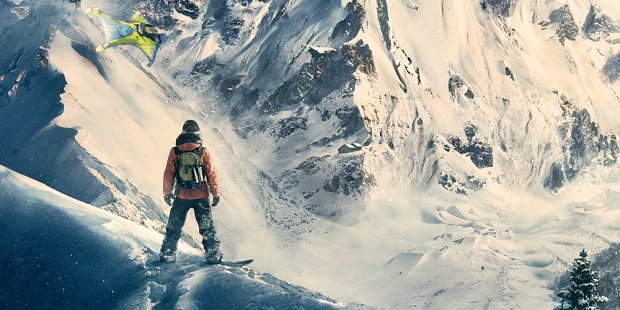 "What’s really important to us is we want to bring a new take on an old genre, and I think we tried to prove that to all the players yesterday."

Steep was the last title revealed at the press conference and that usually indicates the game the developer or publisher are most proud of in their achievements with it. What makes this extreme mountain sports game so important in Ubisoft’s eyes?

We are really excited for the reveal of the game to the public. It’s something we’ve really been waiting for. What’s really important to us is we want to bring a new take on an old genre, and I think we tried to prove that to all the players yesterday.

It was pretty good! Steep seems to be very interactive with not just the player but the community that player connects to. Challenges can be set up between friends as was shown at the briefing, but are there any other means of community sharing within the game?

Yes. So we have Create Your Own Challenge feature that you can share with your friends. What’s really important is that we want to stick to real lively games; we have some really cool community stuff. Sadly I can’t reveal more today we’re saving it for a bit more in the future. But I promise more great stuff is coming in the future.

The team at Ubisoft Annecy is really a team of mountain and action sports fans. This is what inspired us all together. Steep is also the result of opportunities for Ubisoft; more than two years ago we proposed a new engine so we don’t compromise being able to have huge landscapes that you feel being really into it and you can’t play with. So we have our own prototype of physical behavior we put that together and the same for the mountain and there is Steep. 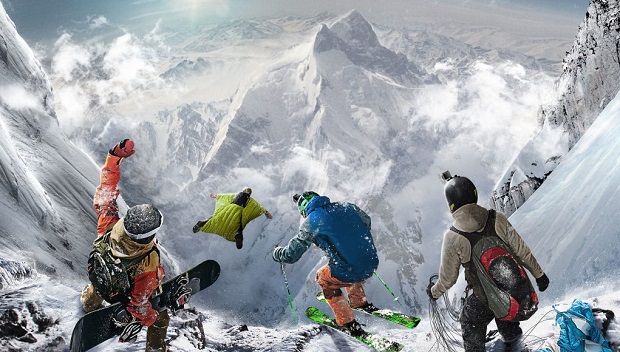 "We really want to support failure. It’s crazy and that’s fun and we want them to learn the gameplay experience."

There were definitely adrenaline pumping moments during the gameplay trailer, is death a factor in this game or is failure just a means of starting over?

We really want to support failure. It’s crazy and that’s fun and we want them to learn the gameplay experience. You can even score points by failing; we even have challenges around crashes that are really fun.

Can you give further details on customizing challenges players send to their friends?

We can’t talk about this at E3, but we love customization in the game. We will give more details in the future about that.

Trails the player makes during runs down the mountain are shareable for other players to test out and complete, but is it possible to modify the trails and their designs (such as angle of jump, height, slope, etc.) or do the trails have to be completely replayed by the creator to change their design?

When you create a trail it becomes a challenge in your world and you can keep on playing it to improve performance; and as soon as you are comfortable with your performance you can share it with your friends. So this is something that you keep on tweaking.