Stella Glow is one of the finest RPGs on the Nintendo 3DS.

In spite of how cliche Stella Glow starts off, it is a game that rapidly becomes interesting. The initial story about an idyllic town being attacked by an evil force, and the survivors (an amnesiac boy, another cliche, and his foster sister) deciding to find the ones responsible and punishing them, to restore their town to how it used to be isn’t the most encouraging indication for you to continue- indeed, it seems like a bundle of JRPG tropes. Stick with the game though, and you get what ultimately turns out to be a very rewarding RPG, one which certainly stands out as one of the better ones on the system.

To its credit, Stella Glow makes it easy for you to stay invested in the game even beyond those initial few hours where the story is trying to find its footing. A lot of this has to do with the game’s mechanics, which promise a new game in the vein of Intelligent System’s incredible Fire Emblem Awakening. Stella Glow plays largely the same, with a grid based battlefield, movement costs, and turn based battles. As a matter of fact, it can be argued that right off the bat, Stella Glow makes a stronger impression on the player, as far as mechanics go, because unlike Fire Emblem, it does not tarry with its introduction of new mechanics, presenting a significantly richer style of play from the get go. It also helps that Stella Glow, while largely repeating the same kinds of overall objectives for each map and mission (kill all enemies, take out the commander- an issue that plagued the entirety of Fire Emblem Awakening, incidentally), presents you with some pretty interesting secondary objectives on each map that keep things fresh, from splitting into two squads to sneak up on the enemy commander from behind while the other squad keeps them engaged and distracted, to collecting as much loot as possible without losing many party members. 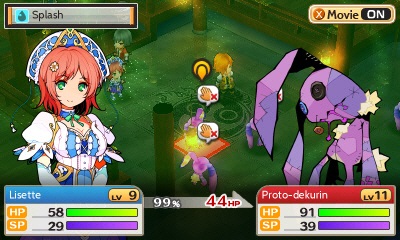 "Stick with the game though, and you get what ultimately turns out to be a very rewarding RPG, one which certainly stands out as one of the better ones on the system."

Stella Glow also benefits from more kinds of attacks- your characters have special attacks that can often lead to them charging at the enemy from a distance of several squares away, or ones that let them attack from a distance, magic attacks or sweeping weapon attacks that attack multiple enemies at once, and more. All of this is in addition to the primary attacks. This, plus the direction that your character is facing (which you have full control over) actually affects how much damage you deal or is dealt to you, adding another variable into the mix.

The sheer depth and complexity of the game when in battles is complemented by its almost Persona like system of time management when you are not on a mission. Stella Glow divides itself into Free Time and Mission Time, and while Mission Time is when you are on a mission that will advance the story, Free Time presents you with a whole host of options- bonding further with other party members, for example, in a Social Link-esque system, or exploring the city, or taking on part time jobs, or just practicing your skills. Each of them presents significant benefits (exploring can net you rare loot, bonding with characters affects their performance in battle, part time jobs give you some necessary cash, as well as discounts from the shops you did the jobs for, practicing improves your skills), so time management adds another layer of complexity to an already complex game.

It plays great, and quickly becomes significantly addictive. The entire game is a challenge to your management abilities, management of time, and management of resources, and it can grip you extremely soon. 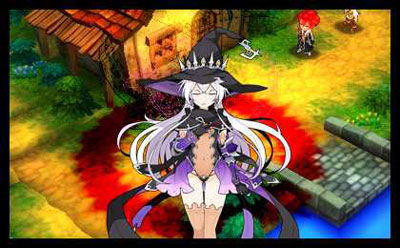 It’s just as well, too, because the story, as mentioned above, does take a fair while to get going. Even when it finally enters its groove, it suffers from some odd characterization, as well as an inability to ever fully transcend its cliched beginnings. By that time, it doesn’t matter, as the story is just a secondary justification for all the great mechanics on hand, and it never becomes bad, it just fails to become anything more than simply good.

Apart from its story and characterization, Stella Glow does suffer from other issues- made by the troubled (and sadly, now defunct) Image Epoch, the game was developed on a budget- and it shows, with graphics that often feel barely much better than anything you would see in a regular DS game, and sound that also feels too synthesized. The cutscenes are rather low quality standard anime fare as well, completing the trifecta of lacking game presentation and production. The voice acting is mostly good, though that has more to do with Atlus’ great as always localization team than it does the game itself.

None of these issues are ever bad, mind you- they just stand out because the game’s mechanical core is so strong. At worst they feel average, which sticks out like a sore thumb against all the other things that the game does so well. At best, they recede into the background and simply stop mattering, leaving behind a game that simply begs to be played by genre fans.

Fans of RPGs, Stella Glow is a game you simply must check out- even on a system with as many great RPGs as the 3DS, it stands out as one of the very best titles on offer.

The graphics are fairly substandard, the story starts out as cliche, and the music is nothing special

Even on a system with as many great RPGs as the 3DS, Stella Glow stands out as one of the very best titles on offer.

A copy of this game was provided by developer/publisher for review purposes. Click here to know more about our Reviews Policy.
Tagged With: Atlus, image epoch, Nintendo 3DS, stella glow