Stencyl, a software platform that allows aspiring individual developers to create their own games simply and easily, has just had it’s first few games emerge.

The tool, which has been in development for a number of years, can be used to create a multitude of games- from platformers, to action, to shooting gallery games. Just take a look at this game, Gourd. In the words of Irock, the game’s creator, “Stencyl seems to follow the idea that everything should be made as simple as possible, but no simpler.” Said Irock.

“Everything, from the point where I start my game to the point where I publish my game, makes sense, and it doesn’t limit what you can do. If I want to do something in StencylWorks, all I need is my own logic; I never had to learn anything that goes against my way of thinking.” 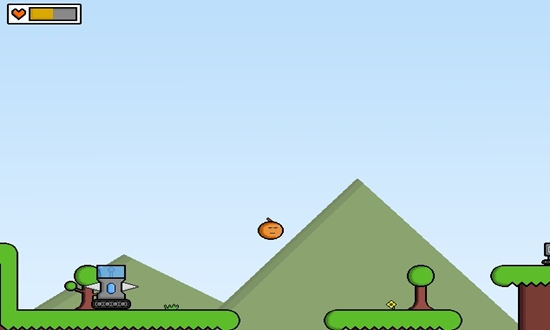 So what’s next for Gourd? “Stencyl has gotten my dream further than it ever would have gotten using any other toolset, and I still have a lot to do with Gourd before I can hang up my hat on this project. My next steps are to work on more graphics, design some fun and unique levels and work on the graphical user interface.”

Not only that, but more graphically complex games can be created with Stencyl too. Put simply, Stencyl is a powerful tool that doesn’t require C++ knowledge or a hugely in-depth understanding of scripting in order to understand.

The aptly named Tower Tank by Trey is one of 4 fully functioning games out there- check them out here. Trey described the process that took him from beta-participant to indie game developer, “I started development on February 24th and ended it one week later on March 3rd. First, I laid the foundation for the graphics.”

“Second, I added simple graphics, like a big yellow block for the tank and a basic sprite for the first enemy helicopter. From there, I continued to add detail until I was happy with the results.”

So if you’re reading this while catching yourself salivating, or even if you aren’t, you can check out Stencyl hands-on if you join the beta. It’s a private beta at the moment though, so no promises.