Subnautica Interview – A Conversation About The Game’s Console Launch, and More

We speak with Unknown Worlds Entertainment about the console launch of their underwater open world survival title.

Unknown World Entertainment’s open world underwater tile Subnautica has been one of the most intriguing games to have been released over the last few years. After its first early access launch on PC in 2015, which was followed by its full launch on the platform earlier this year, Subnautica has been the recipient of excellent critical reception from critics and fans alike. Recently, the game existed the Xbox Games Preview program after two years for its full launch on the Xbox One, and also came out on the PS4 for the first time, giving a much larger audience the chance to check out the game. Excited as we were about this release, we sent across some of our questions about Subnautica’s PS4 and Xbox One versions, which Panic Button aided Unknown Worlds with. The following questions were answered by Charlie Cleveland, game director and co-founder of Unknown Worlds Entertainment. 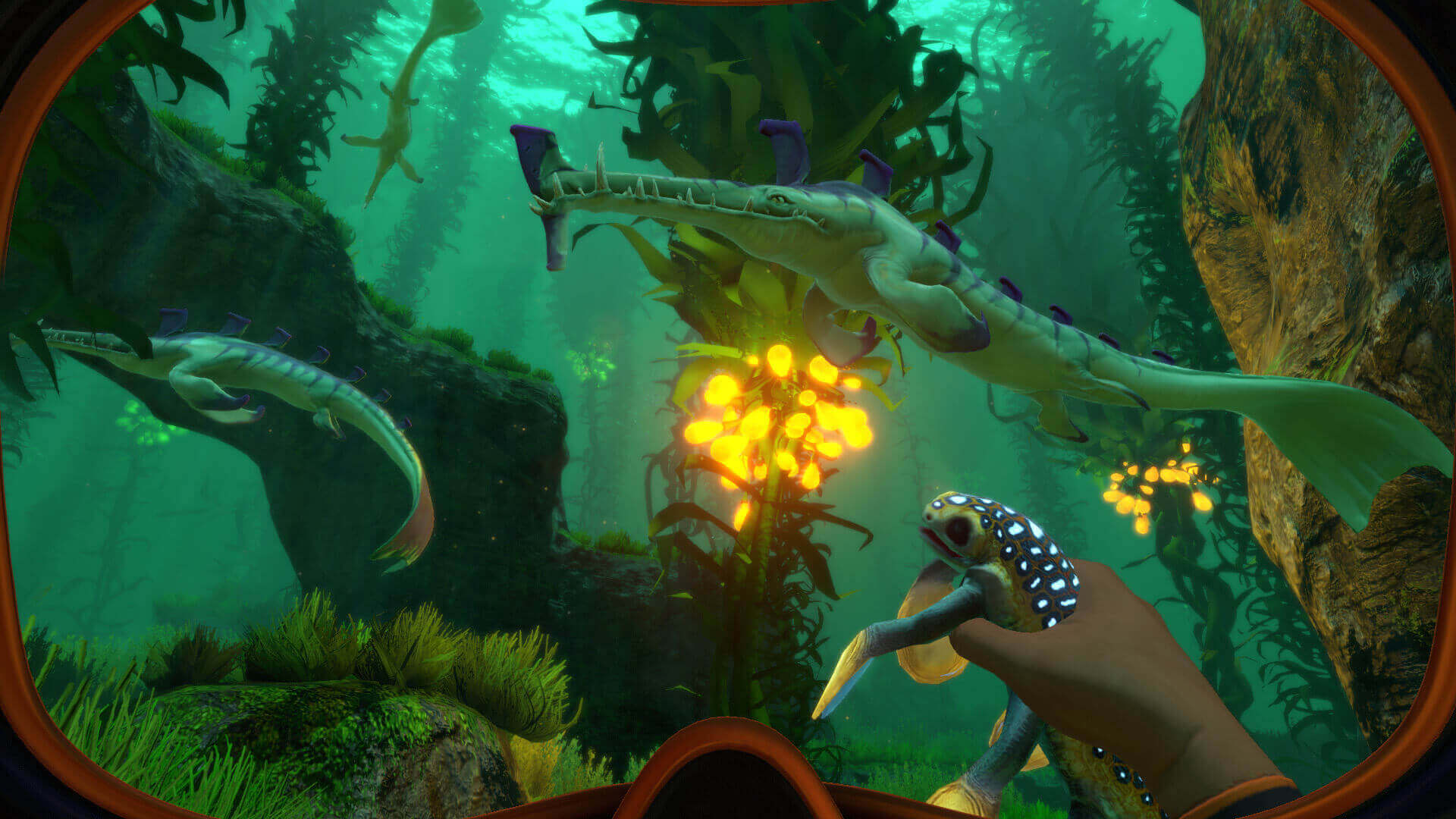 "We brought over the game in its entirety, so there isn’t any new game content specific for either console."

Virtual reality almost seems like a perfect fit for a game like Subnautica. Is PSVR support something you’re thinking of adding?

We’ve been excited about virtual reality and we worked to release Subnautica in VR for the launch of the Oculus Home store. It turned out to be a ton of work to convert a game that wasn’t designed for VR to a game that works great for VR. It’s a not the most polished experience there, but there are moments that are positively jaw-dropping.

Unfortunately, making the game run on PSVR isn’t feasible. At this point, we’ve worked for years to get the frame-rate to release standards on the PS4 (30 fps). For PSVR, we need to make it work closer to 60 fps, then doubled again so we can render separately for each eye. That means we would have to optimize it roughly 400% of where we are now, which just isn’t possible.

Will there be any new or extra content in the PS4 and Xbox One release?

We brought over the game in its entirety, so there isn’t any new game content specific for either console. Our team customized the UIs and controller support before handing it off to Panic Button, who has done a great job of helping us optimize the game for console. They’ve added some new features, like support for the PS4 controller lights, so they turn red when your sub is damaged and leaking and such. Everything else is still intact. 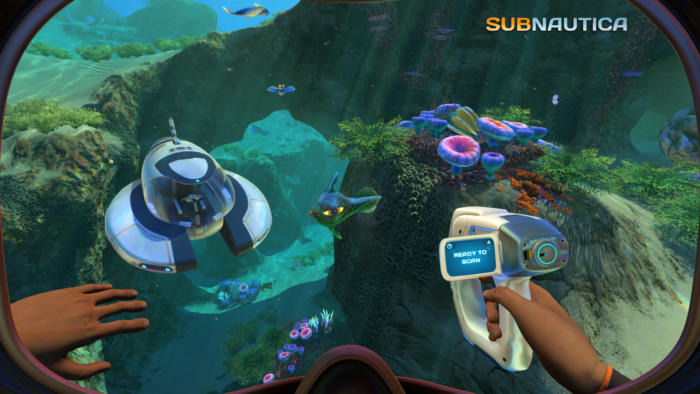 "We never thought of Subnautica as a survival game. It’s really all about the experience of being underwater and exploring the unknown."

On paper, Subnautica is a survival game, but it offers such a different experience from what one usually expects from a “survival” game. was that something you were consciously working towards during the game’s development?

We never thought of Subnautica as a survival game. It’s really all about the experience of being underwater and exploring the unknown. When we released it into early access on Steam, we didn’t even have core survival elements, like food and water. I remember vividly one of our players saying “How DARE you make a survival game without survival mechanics?!” and that struck home for me. If the game presented itself as a survival game, it should probably include basic survival mechanics that players are expecting. We then tried a simple food and water system and I think it helped reinforce the game’s themes. We also noticed it helped players leave their escape pod, even when they were scared, and gave them some early implicit goals. This was helpful because we often saw people paralyzed, staying in their escape pod, refusing to leave, especially at night! The struggle for food and drink then naturally falls away as you get better transportation, gardens and storage, but by that point you have your own goals you want to achieve.

What would you say were your inspirations, whether within gaming as a medium or outside of it, for Subnautica?

My personal inspirations include everything by James Cameron, especially his films, Aliens, Avatar and The Abyss. Doing real-life S.C.U.B.A. always gives lots of ideas about plant and fish movement, reefs and immersion cues.

But the thing that got me the most excited is just the feeling of exploring the deep, dark, alternately beautiful and terrible, ocean depths. Feeling like I’m an explorer, almost an astronaut, not knowing what I’ll find, that’s the emotion that drove me.

How has it been to be working with Panic Button?

They’ve been great – they are very professional and experts at their jobs. They also have very high standards and were committed to making the game the highest possible quality. They were the ones that put in the console-specific details like controller lights and rewrote  many of the interfaces, to really make the game shine. Even though I game mostly on PCs, I actually think consoles could be the ultimate way to play Subnautica (especially with a big TV and sound system!). We’re hoping to work lots more with Panic Button on Subnautica: Below Zero and future games too. 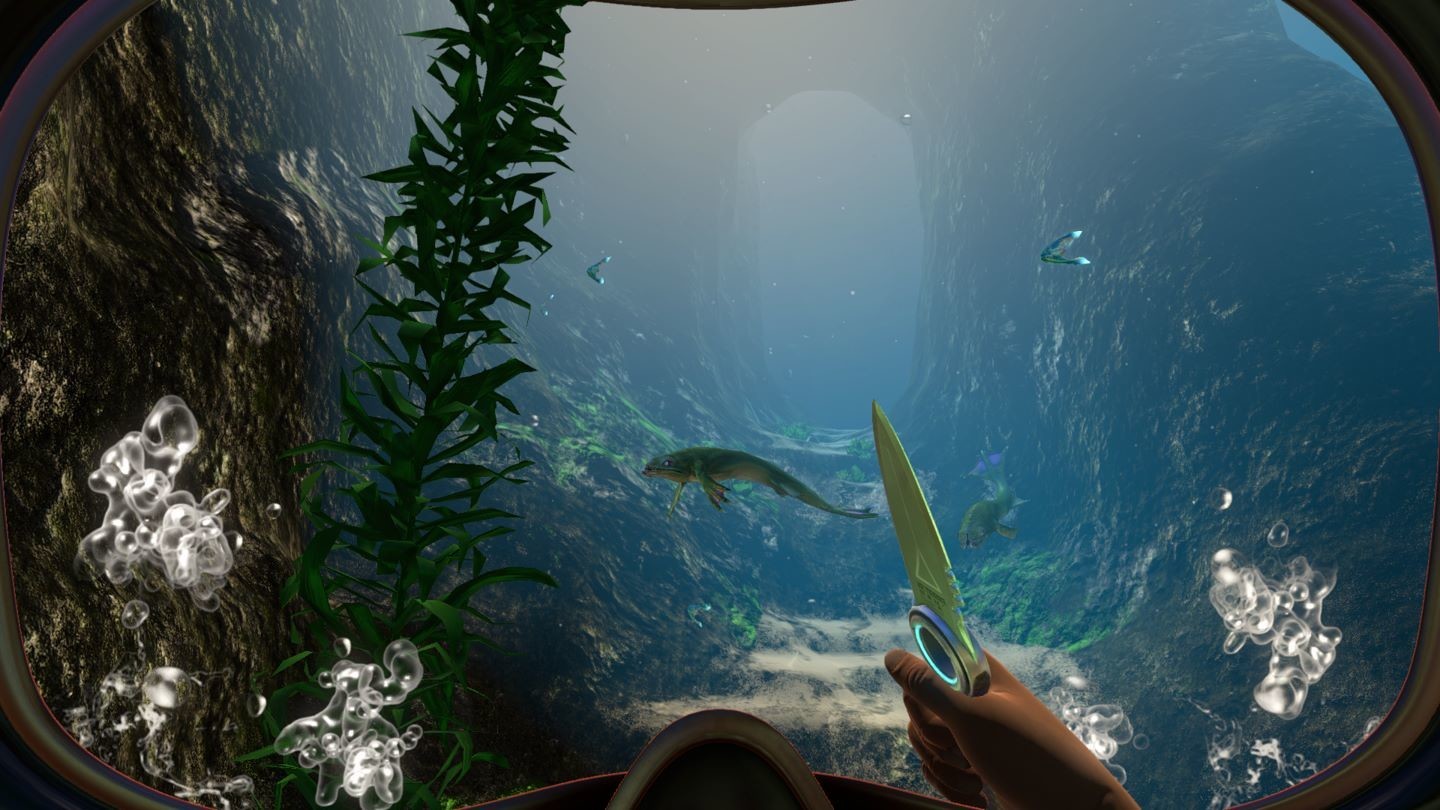 "We’re in the process of changing from a one-game-at-a-time studio to a multiple-games studio. This is a difficult transition, and one we’ve tried before, but it’s so important for our growth and success, we’re trying again. We have so many games we want to make!"

Will Subnautica have any PS4 Pro or Xbox One X specific enhancements?

On both the PS4 Pro and Xbox One X, Subnautica runs at 1440P. Those are the only enhancements, although of course the frame-rate is even better as well.

Do you have any plans for bringing Subnautica to the Switch?

This would be a dream come true. We’re definitely going to be talking about it more after the PS4 and XB1 work dies down. It’s taken so many years of work to get it working well on the much more powerful PS4 and XB1, I imagine it will be really difficult to get it working on the Switch, but we’re going to discuss it.

What’s next for you as a studio? Do you have plans for a sequel, or more expansions after Below Zero, or perhaps something completely new?

We’ll see how much players like Below Zero, and how long it takes! If that goes well, we could do more games based off Subnautica. It also depends how excited the team is to keep working underwater. We also have other prototypes we’re working on, as we’re in the process of changing from a one-game-at-a-time studio to a multiple-games studio. This is a difficult transition, and one we’ve tried before, but it’s so important for our growth and success, we’re trying again. We have so many games we want to make! We’re always hiring, so if you’re experienced and looking to work in our office in San Francisco, or from your home anywhere in the world, please apply!