Super Mega Baseball 2: Baseball Is Back With A Bang

The first Super Mega Baseball stood out because of its solid gameplay and eye-catching visual style. Now, the developers from Metalhead software are back with a sequel and this time, the game promises to be bigger and to improve upon the first game in every way possible. if you’re a fan of baseball, then this is the game for you, but even if you’re not too familiar with the sport, it will remain fairly accessible.

To learn more about this game, its development, and some technical aspects regarding how it runs on the Xbox One X and PS4 Pro, Gamingbolt reached out with the following questions  for Metalhead Software. All of the questions were answered by Scott Drader who is the  co-founder of the company. 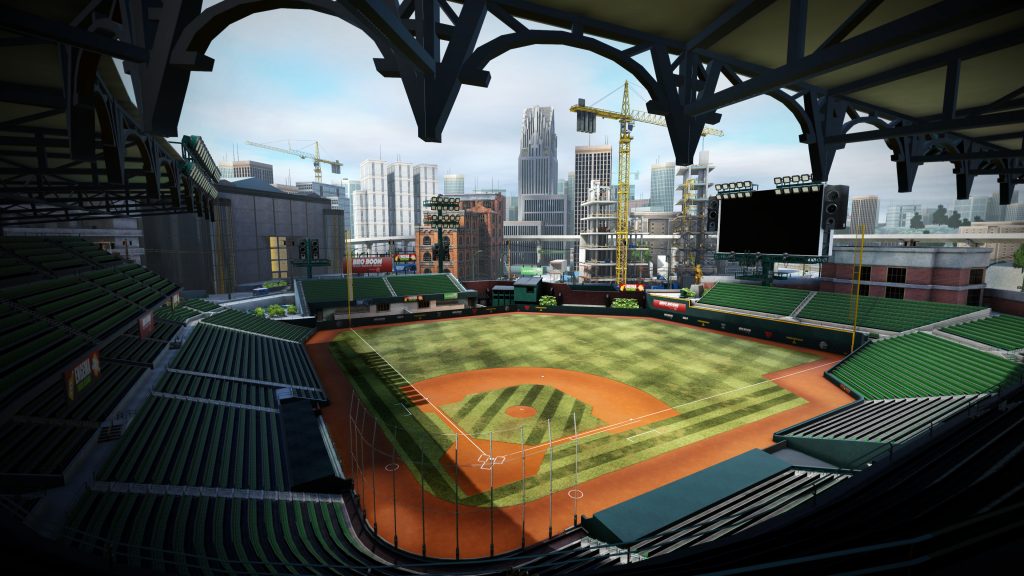 "We’ve strived to keep the core gameplay equally accessible in terms of controls and pacing, and those goals flowed into the design of the game’s new systems."

We’ve never had any shortage of ideas in terms of things we want to add to the game, but with the first version, we had to focus on realizing just the core ideas. Fortunately people seemed to generally like those core ideas, and it meant a chance to expand on things with the sequel. The nice thing about making a sequel is that you have a lot of community feedback to base your decisions on. That made it easy to pick the main focus areas for the sequel – more mature and realistically-scaled visuals, customization, and online play.

Given how it’s touted as streamlined baseball, what were some of the goals in mind when developing the sequel?

We’ve strived to keep the core gameplay equally accessible in terms of controls and pacing, and those goals flowed into the design of the game’s new systems. So for example, with customization, there are things you can spend a ton of time on if you wish, but there’s also a nice set of defaults to start from and good random league/team/player-generation tools, so you can get a lot of mileage out of it without a huge time investment.

In terms of graphical improvements, Super Mega Baseball 2 will be using PBR and “realistically scaled character models”.  What other improvements can we look forward to and how did you achieve these changes over time?

The original game (SMB1) was built by a very small team, and that meant only a very modest amount of time was spent building out aspects of the game’s appearance. With the second title, the team is a fair bit larger, and we started with a functional art pipeline this time. At the risk of oversimplifying it, SMB2 has a lot more triangles and pixels. The players have much higher resolution meshes and materials, the stadiums have been rebuilt at a level of detail far beyond the ballparks in the first game, and the game assets are just higher fidelity across the board.

How have the controls, physics and gameplay changed this time around? What is the overall atmosphere during games as opposed to the previous game?

We’ve tried to keep the control scheme fairly similar to the original, but the major change to the physics and gameplay is the scale. The ball and players are much closer to real-world proportions now and that creates space on the field for a lot more athleticism. Along with the changes to the proportions, the look and feel of the game has “grown up” a lot. It’s still light-hearted, but in a more mature way. We wanted to broaden the appeal of SMB2 to sports pundits who might’ve skipped SMB1 because it was too goofy looking on the surface.

What can you tell us about the Ego system and its difficulty levels? What are some of the challenges that players can expect?

The Ego system was a key tenet of SMB1’s design, and it’s fully intact in the sequel. You can still fine-tune difficulty to 100 possible settings for each of the games four main game mechanics (pitching, batting, fielding, baserunning). The influence of Ego on the outcome of the simulation has been tuned and expanded under the hood, like in how effective the AI is on rundown plays, or how effectively they will try to take extra bases when baserunning. But I think the most interesting application of Ego is in online play.

Ego is used in the game’s online, ranked 1v1 mode (called Pennant Race) to help facilitate competitive games between users of different skill levels. So for example you might get matched against someone who isn’t quite at your skill level, and both of you know the game is taking into consideration your history and setting your respective Egos accordingly, but the result is an intense and competitive game that wouldn’t have been possible otherwise. 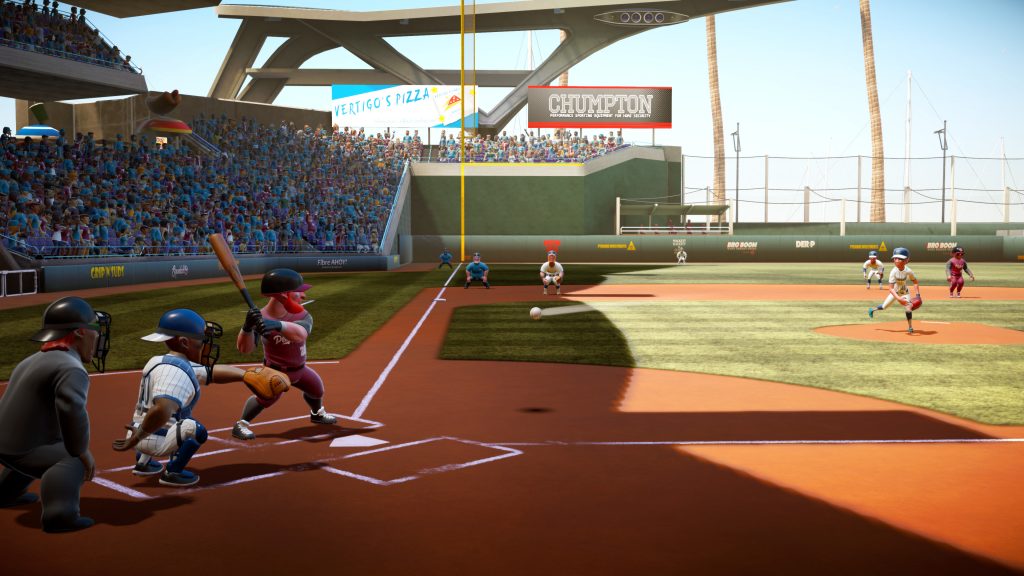 "The customization options in SMB2 blow away what was available in the original, with options for customizing leagues, seasons, teams and players."

What were the goals with cooperative season play and what prompted the decision to keep it at 2vCPU?

The idea was to largely replicate the experience of playing a co-op season on the couch. We just loved the idea that friends or family members could connect up on a regular basis and have that experience of making their way through an entire season play-through. While 3vCPU or 4vCPU would be cool, the game’s interface is built to support 1 or 2 players per-team. We want to nail the experience within that constraint before we consider adding more complexity.

What were some of the challenges faced for competitive online matchmaking in terms of balance, net code, etc.?

Two main things. We touched on one earlier – the game’s sliding-scale Ego difficulty system allows us some awesome possibilities for creating fair matches between users of different skill levels in match-made online play. But in practice, you need a lot of real-world data to balance such a system in a way that feels fair to users. The beta is helping with that!

Second, retrofitting netcode into a game that did not at all support the notion of networked play proved to be a very challenging engineering project. Game networking code is well understood these days, but the sheer volume of changes that had to be made to the way the game works at its foundational levels was massive. This was all going on at the same time we were heavily changing the proportions of the players in the game, so it was a lot of complexity to deal with at once.

With regards to team and league creation, what are some of the things that players can do this time around? How did you improve on the previous game’s options?

The customization options in SMB2 blow away what was available in the original, with options for customizing leagues, seasons, teams and players. That means new things like the team logo editor, uniform editor, player abilty editor, and full league editor where you can built out leagues of various sizes/structures.

How do you think the open beta will shape the gameplay?

The closed beta on Xbox One is bringing in a ton of great feedback. It’s helping us especially to sand off rough edges where new users don’t understand certain new game concepts, and it’s also helping enormously to smooth out the quality of the online experience and the behaviour of our servers – these are things that are just super hard to test thoroughly without a large group of users playing under real-world network conditions. 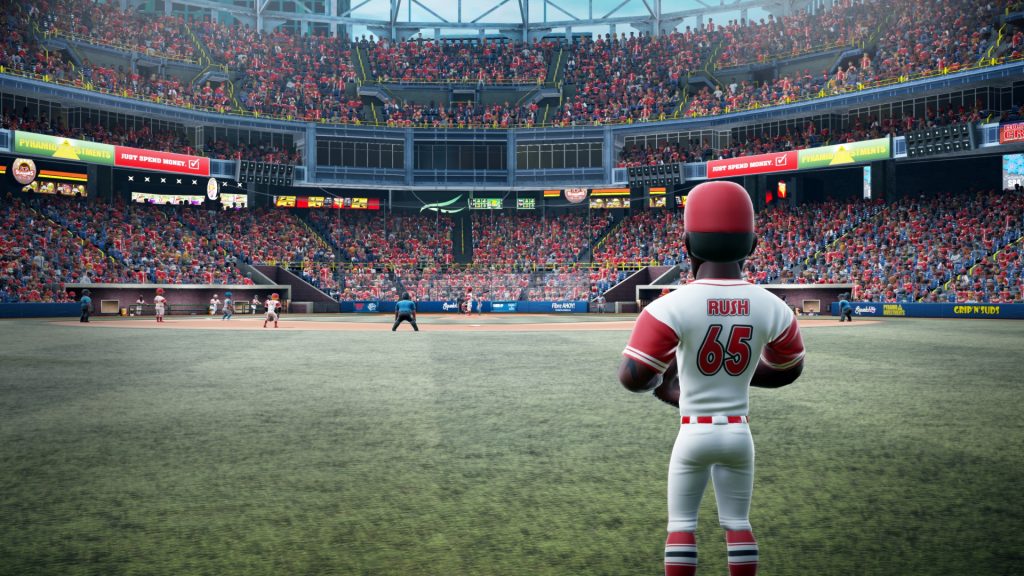 "We like image quality and resolution as much as the next person, but with the nature of SMB, we worship at the altar of 60fps."

What can solo players look forward to in terms of content? Will there be a meaty career mode to dive into?

While there is no career mode, the combination of the custom leagues, customizable Season and Elimination modes, and the fact that all of the game modes can be played socially adds up to a ton to do. With SMB2, we’ve obviously focused on the new multiplayer modes, but also on fleshing out the experience you can have in a “medium” amount of time – more than a one-off game but not as long as a full season play-through. The Custom Elimination mode in particular is great for setting up an experience that you can play through in one sitting or over a weekend.

How has the delay helped to improve the game? Are you track towards a final release date?

The delay allowed us to avoid shipping a rushed product. The game is in a substantially better state because of the delay, and we’re confident the extra time was well worth it. We’re indeed on track for the Spring 2018 release and there will be a release date announcement soon.

We like image quality and resolution as much as the next person, but with the nature of SMB, we worship at the altar of 60fps. So we’re always working under the constraint that the game must run at 60fps on all hardware variations. I hesitate to focus too much on resolution because image quality depends on so much more than that, but right now we’re upscaling from 900p to 1080p on the original Xbox One (i.e. UI is native 1080p) and at native 1080p on the base PS4. On the newer hardware variations, the resolution is currently 1080p, but at substantially higher image quality, especially on the Xbox One X.