Paradox Interactive has made plenty of strategy games, and while not all of them are perfectly polished gems, or complete masterpieces, they are, undoubtedly, extremely fun, addictive, deep and immersive games. It’s kind of hard to expect Paradox to release, publish or develop, a bad game, but after the somewhat disappointing expansions of Hearts of Iron III, I expected Supreme Ruler: Cold War to be a half assed attempt at making a proper game, and nothing more than another disappointment. When I actually played it though, I was proven wrong. Supreme Ruler: Cold War is not just a great game, it’s also one of the best strategy games you’ll come across for some time to come. 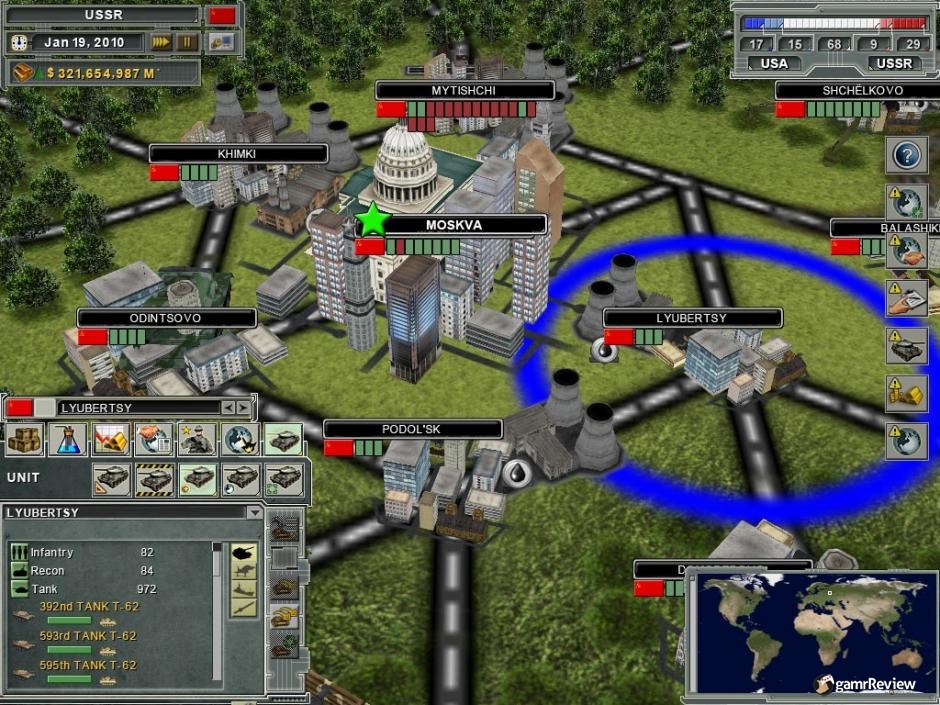 This game truly was a pleasant surprise.

One of the first things you notice is how deep and authentic Supreme Ruler’s gameplay is- it requires a lot of mental exercise, and there are more facets to it than you can imagine. As the title suggests, the game is about the Cold War- it lets you choose between either the US or the USSR to play as in the campaign, and then you basically use things like stealth, diplomacy, trade or all out war to improve your reputation with the other countries of the world, and also try to gain the upper hand against the opposition. A whole lot of strategy is applied here. A country might do something, like attack another one without any warning whatsoever. Then it is up to you to either condemn them or encourage their actions. If you condemn them, their might always be the fear that you’re loosing a potential ally, or conversely, you might be defacing a nation that is siding with the opposition. If you encourage them, similar kind of politics comes into play. Just like Hearts of Iron III, the politics involved is engrossing and one of the high points of the game.

However, the fact that you can only choose between the USSR and US in the campaign can feel pretty restrictive sometimes. I know this game is basically about the Cold War, and these were the only countries directly involved in the event, but it would have been nice to also have the option to play as other countries and deal with their problems during that period of time- having other scenarios like the Indo-Pakistan war,  or the Vietnam war, or other major events during this time would have given the game more depth and replay value. 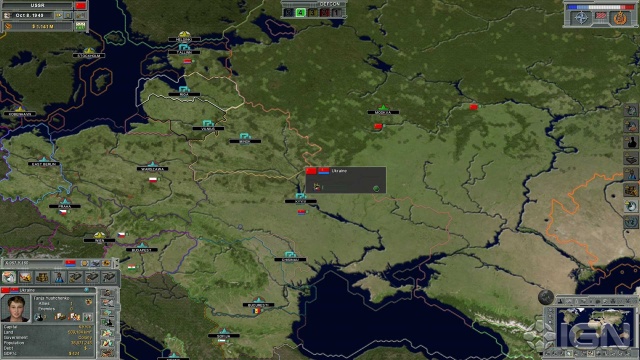 However, make no mistake- the campaign alone will keep you more than involved. Throughout, you will be managing economic, political, military and social ties of your nation. You will try and wrong foot opposing nations, increase your sphere of influence, sweat-talk other major nations into joining your cause, or maybe even launch a nuclear attack on another country. This will drastically affect your reputation with the world at large, and people will criticize you heavily. Though, there will be the added bonus of having eliminated a huge opposing nation.

Things are balanced out very well- for every country that turns you down, there will be some other one that wants to become your ally. And while your new friends might not always be extremely strong, you will always have the resources to help them out. The element of strategy and planning involved is astounding. It’s hard to imagine how deep, complex yet simplistic in nature and easy and extremely fun to play the game is. 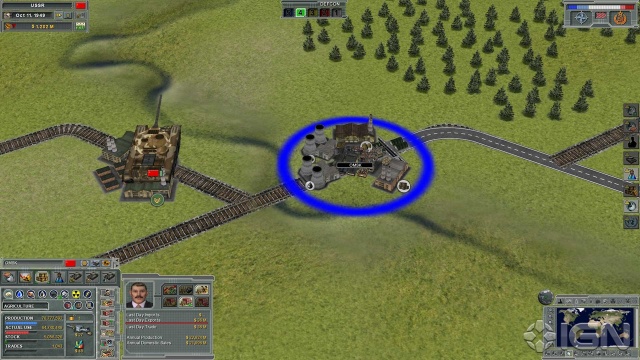 It’s surprising just how authentic the gameplay is.

And while the graphics of the game do take away from the experience a bit (seriously, the looks a decade old), the sound design makes up for it. The soundtrack is great, and production values, other than a very few bugs and the aforementioned visuals, are good all around.

All in all, SR:CW is a really good game, with a lot of replay value and very authentic and addictive gameplay. With a great campaign mode, a Scenario mode, a Sandbox mode and just all round complexity and strategy that you will not see in many games these days, Supreme Ruler: Cold War is a truly amazing game.

Great micro and macro management; Great sound and music; Campaign is a whole lot of fun; Attention to detail and authenticity of strategy mechanics are impressive

Dated graphics; Campaign is good, but limited in options

Final Verdict:
SUPERB
Supreme Ruler: Cold War is one of the best strategy games you'll play under the Paradox banner. And that is saying something.
A copy of this game was provided by Developer/Publisher/Distributor/PR Agency for review purposes. Click here to know more about our Reviews Policy.