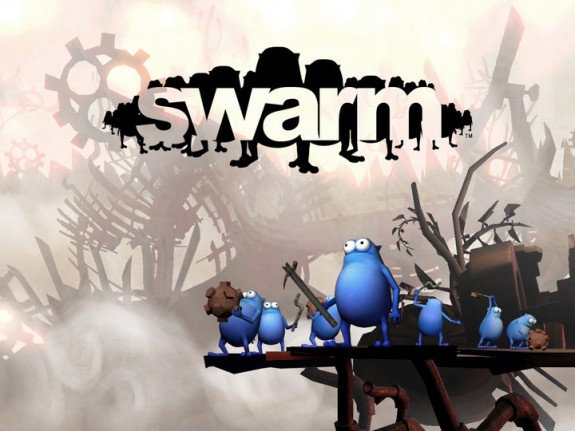 Swarm team members Pete and Joel bring us through a level of the game while commentating in this action-platformer from developer Hothead Games seeing if one can beat the others score. Published by Ignition Entertainment, in Swarm you can run, bash, huddle, boost, stack, jump, push and throw your way through gauntlets of death and destruction as you guide your swarm of 50 pudgy blue aliens through a danger filled world.  Swarm comes out for the Xbox 360 Live Arcade and Playstation 3 Network early this year.