Annapurna Interactive's physical release of the beloved adventure game on PS5 saw a strong reception. Meanwhile, The DioField Chronicle has a weak debut.

What Makes Stray Such a Good Game?

BlueTwelve Studio's adventure title has been met with positive responses since launch- but what exactly makes it such a good game?

Stray Guide – How to Get the Worker Jacket and Hat, Atomic Battery, Poncho, and Paper Bag

There are several different items to collect in Stray, some important to the story and others for fun. Here's how to find five of them.

Here's how to help out a bunch of robots in Midtown with surveillance issues and easily locate all of the safe codes and digicodes.

Bounty Star is a Third Person Mech Action Game Coming to PlayStation, Xbox, and PC in 2023

Developed by DINOGOD and published by Annapurna Interactive, Bounty Star will combine mech combat with farming, base building, and more. 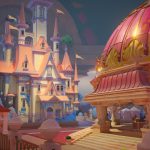 The PC version will also be available for Steam on December 6th after a one year exclusivity period on the Epic Games Store.

Trapped in a strange world teeming with dinosaurs, players must run and hide while guided by a mysterious voice on the radio.

Stray – 12 Things You Need to Know

More than just a cat game?

Play as a stray cat separated from its family in a dystopian cyberpunk city. BlueTwelve Studio's adventure game is out now. 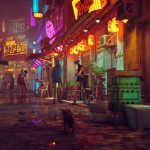 Stray is Getting a Retail Release on September 20, Deluxe Edition Contents Revealed

The cyberpunk game with the feline protagonist is getting a physical release for the PlayStation versions, and details about the Deluxe Edition have been revealed.

Improved audio in cinematics, graphical tweaks and fixes, and polishing to sound and general mix-in are also some of the day one fixes.

The indie publisher's showcase is returning with a host of new announcements this year, and will air at 12:00 PM PT/3 PM ET on July 28.

BlueTwelve Studio's platforming adventure will also be available free for PlayStation Plus Extra and Premium subscribers at launch.