With the next-gen update going live on December 14th, CD Projekt will detail its content tomorrow on Twitch at 9 AM PST.

DLC based on the Netflix series is also included, and features new weapons, armor, and alternative looks for "select characters."

CD Projekt RED has finally dated the current-gen upgrade for its open world RPG, and said that more details will be arriving next week. 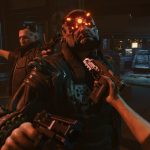 "You have to live with the consequences."