Ybarra says 'of course', the feature will be on the new console.

Take Two CEO Expects Next Generation of Consoles, No Comment on PS4 NEO/Scorpio

Strauss Zelnick believes it doesn't matter if he can't comment on the same. 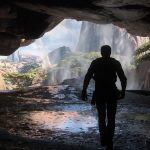 More about new hardware at E3, according to Paul Raines.

Scorpio is apparently very real and could outperform the rumoured PS4 NEO.

The compact version will have a 2TB hard drive.