Microsoft doubling down on their hardware strategy with Xbox. 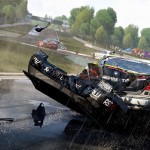 An Interview With Slightly Mad Studios, About Project CARS 2, Virtual Reality, and More

At the intersection of art and technology.

Xbox One New Models May Have Been Ousted By FCC Filings

But hang on just a moment before you assume it's a Slim revision, or the Xbox 1.5.

PS4/Xbox One Upgrades Would Be A Gigantic Pain in The Ass, According to Bioware Founder

Project CARS Dev On PS4K And Xbox 1.5: There Are Pros And Cons Attached To It

"It depends on how it is done," says Slightly Mad Studios' Andy Tudor.