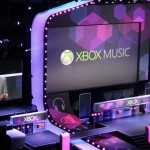 It's just a rebranding, don't get too excited.

Xbox Live Was Down, But Now It’s Back Up Again

So what's the point of posting this news?

In a world of Spotify...

Which is slightly hilarious.

Earlier statements to the contrary were just a mistake.

Microsoft announced Xbox Music, their new music service with over 40 million tracks that will be available across Xbox 360, Windows Phone 7, and Windows 8 devices. With this, their aim to make th... Read More