Though Tannenberg isn’t the most high profile shooter on PC, it’s definitely one that’s garnered a strong and devoted fanbase. It launched on the platform back in 2017 as an early access title, and throughout that period, right up until now, a few months since its full PC release, it’s got great reception from all those who’ve played it. Soon, Tannenberg will be bringing its compelling and authentic representation of the First World War to the PS4 and the Xbox One. We recently took the chance to send across a few of our questions about the game and its upcoming console release to the developers. The following questions were answered by Black Mill Games’ Jos Hoebe. 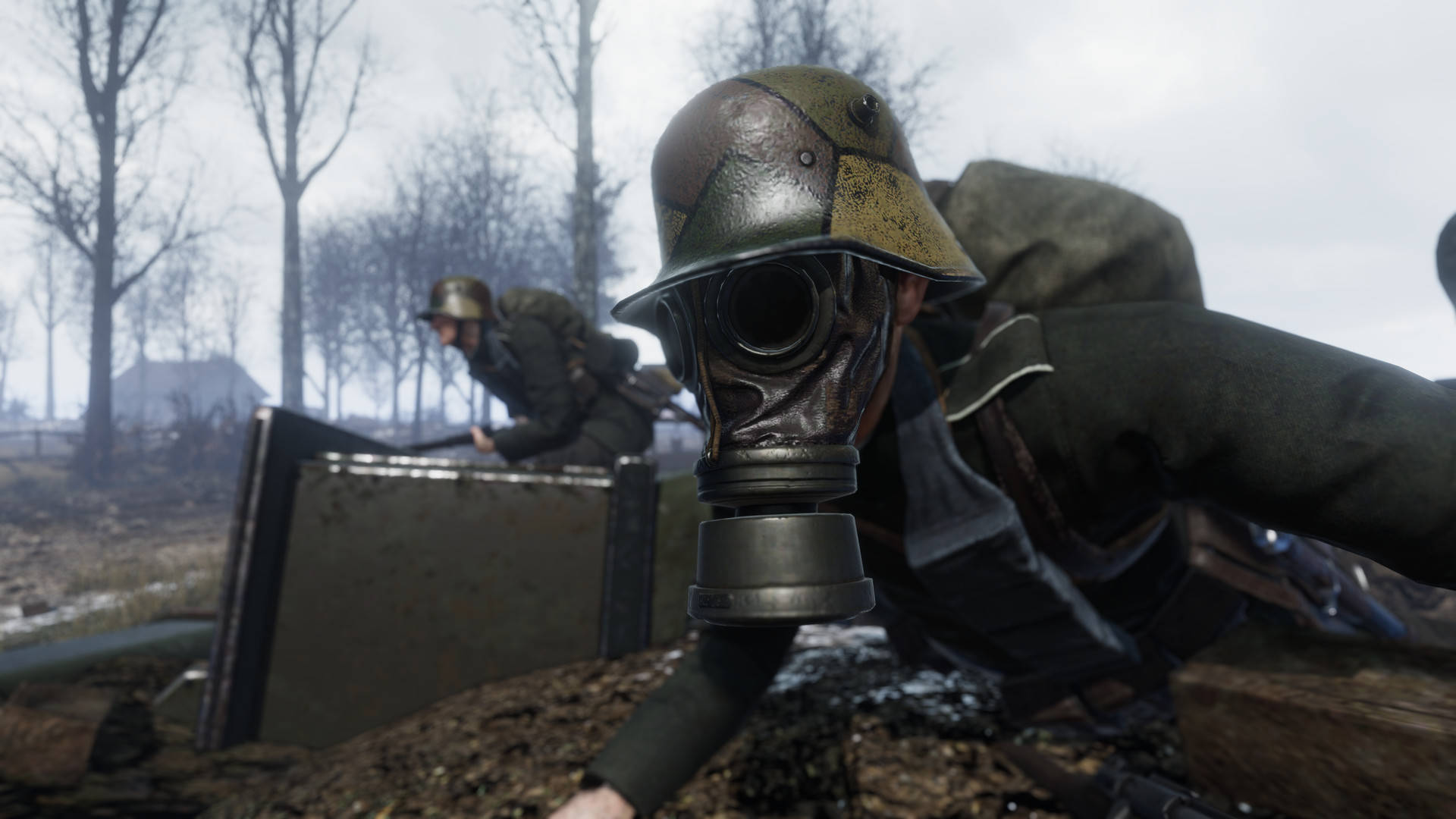 "We definitely hoped to release console versions of Tannenberg from the very start."

Was it always the plan to eventually bring Tannenberg over to consoles, or did the reception to the game compel you to do so?

We definitely hoped to release console versions of Tannenberg from the very start, but we were hesitant to get people’s hopes up until we could be certain that it would be feasible. Following the release of the game and the great reception, we were able to say with confidence that the console versions are on the way.

Unfortunately we don’t have any plans to support cross-platform play. In this kind of game, gamers using different devices and control methods could find themselves mismatched in response time or accuracy. Perhaps more important is that we will continue to support and update Tannenberg after launch, and it’s much quicker to push updates to the PC version. This makes it difficult to keep the PC and console versions in sync all the time, which would also make cross-platform very difficult.

Did you have to make any changes to the game’s balance of any sort to make sure it was better suited to consoles?

We try to keep all versions of the game in sync as much as possible in terms of balance. This is actually another reason why we don’t support cross-platform – it means we can balance the game to be as fun as possible without needing to worry about whether particular mechanics give an unfair advantage to players on a particular platform.

Will Tannenberg on the consoles have any additional features or content not seen in the PC release, or are you aiming for parity across all versions?

We always aim for parity across all versions of our games. In fact, we have a big update coming soon for the console versions of our first game Verdun, which will add all the latest new content we’ve brought to the PC version of the game. 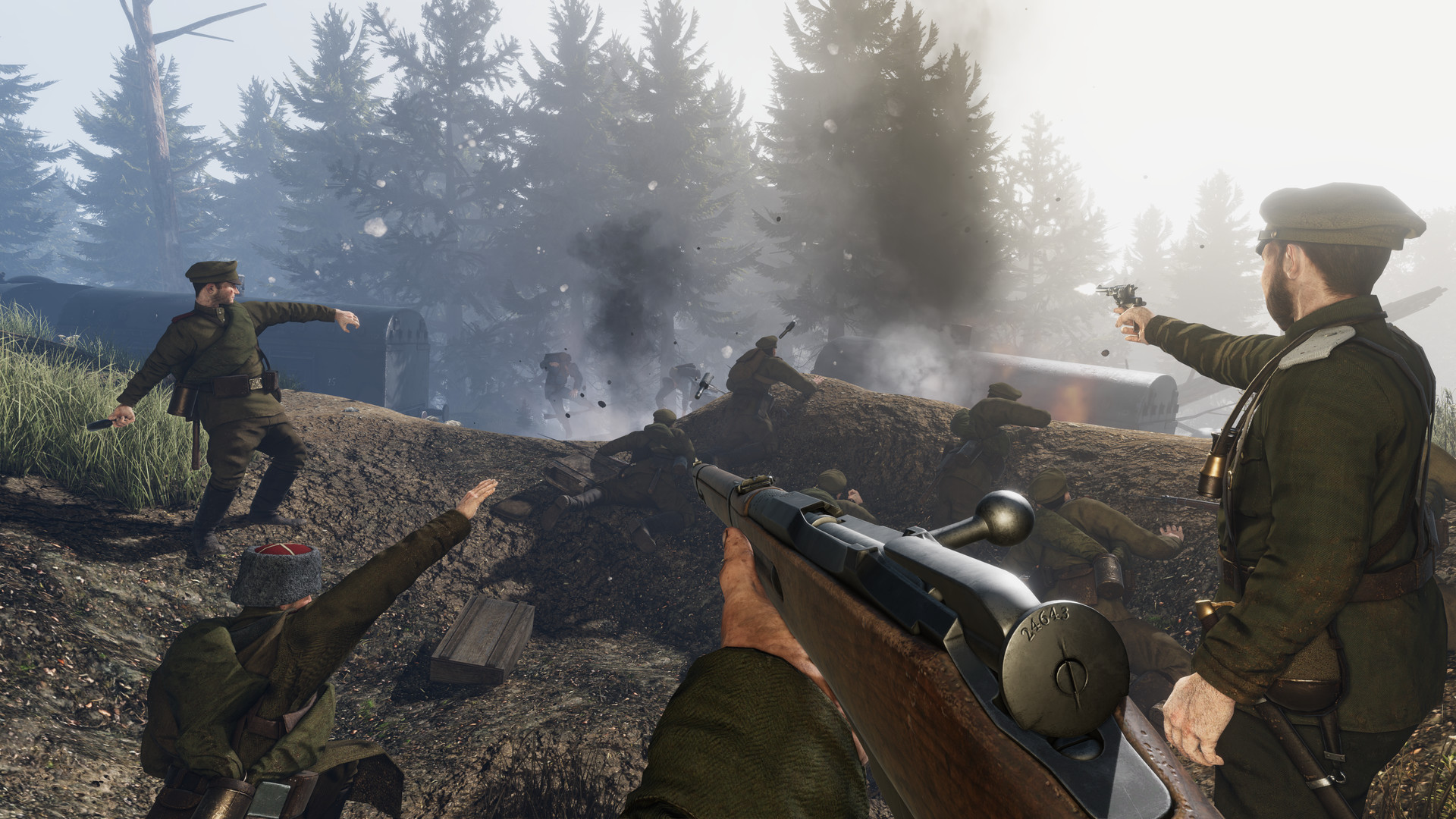 "We wanted to portray the fighting of the First World War as accurately as possible while making necessary concessions to gameplay, and it’s something our fans expect from us!"

Do you have plans to add any new modes to Tannenberg down the line?

While we don’t have plans for new core game modes, we do like to offer players unique events within the game. For instance, we recently ran a special ‘Wolf Truce’ event in the PC version of the game, where players could find their battlefields swarmed by hordes of hungry wolves. They could call a ceasefire to deal with the new threat… or try to take advantage of the chaos. That wasn’t exactly a new mode per se, but it was definitely a lot of fun!

Authenticity is something that Tannenberg puts a lot of emphasis on- was that something that you knew from the get go was going to be very important to the game’s experience?

Definitely! Authenticity is one of our core values, and it was also central in our previous game Verdun and the whole WW1 Game Series in general. We wanted to portray the fighting of the First World War as accurately as possible while making necessary concessions to gameplay, and it’s something our fans expect from us! We put a lot of effort into ensuring that uniforms, weapons, and other details are correct. The maps in the game are made up of elements inspired by real photographs and records of actual battles to ensure that they are plausible locations that someone from the time would not have been surprised to encounter.

Has adding a single player campaign ever been something you’ve considered, or do you see this as a purely multiplayer experience?

While it would be awesome to create a single player campaign if we had unlimited time and money, we’re an indie company and we have to carefully focus our efforts and resources. Keeping the game focused on multiplayer battles makes it possible for us to create a more immersive experience. It’s worth noting that we do have AI bots in the game, so you can play on your own if you so wish!

We don’t currently have any plans for a Switch release… but never say never.

We’ll definitely be using a higher resolution on the Xbox One X, however we will also be upgrading all our other graphical effects settings instead of going just for 4K. We will use 4K if possible (and otherwise a middle ground like 3K), but we want to make all the other parts of the game look better as well, we have yet to see what we can pull off with the power of the X. We’re not just upgrading to 4K and be done with it, we want to get more out of the Xbox One X! 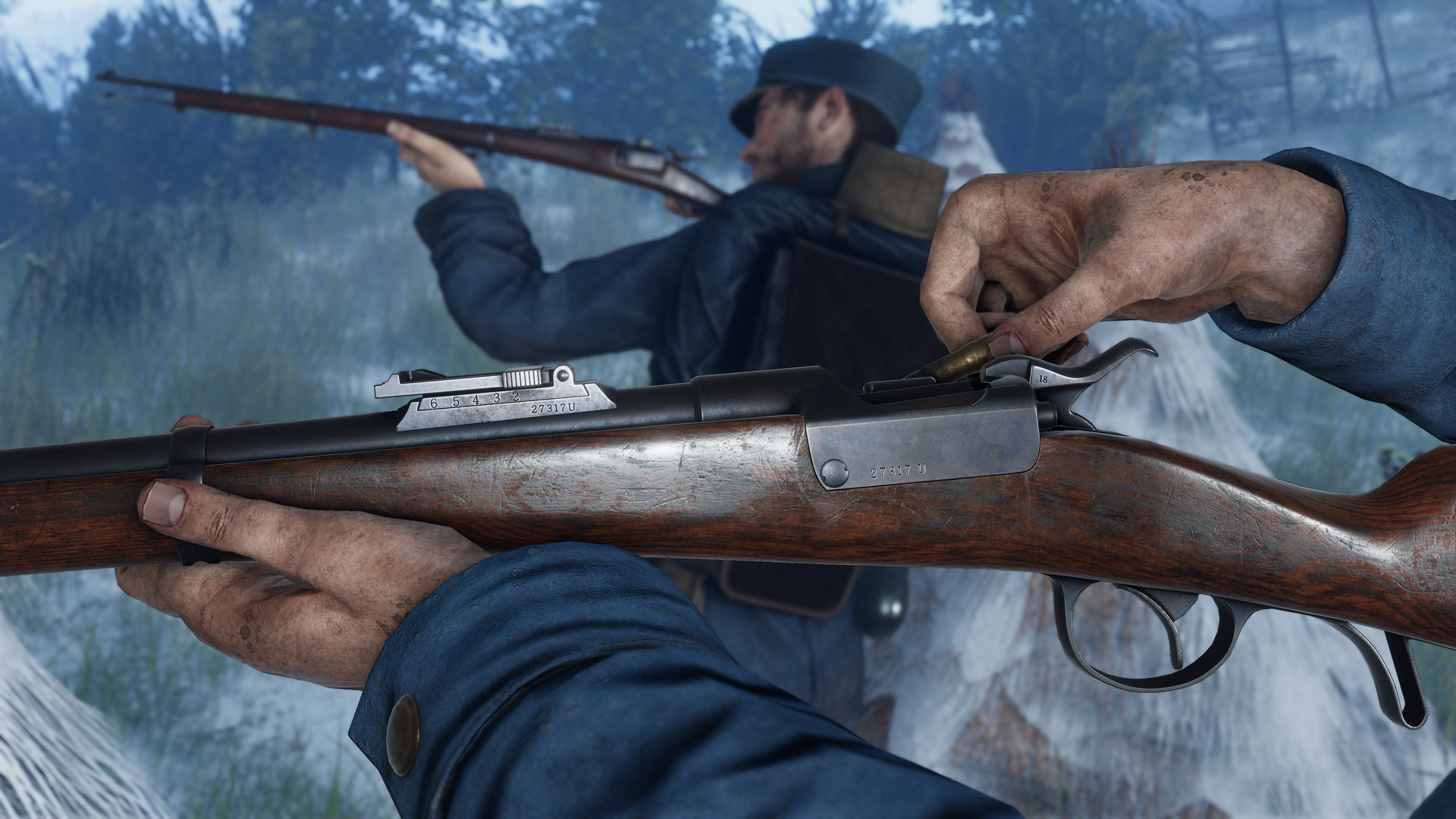 "Performance is something we will be working hard on in the next 2 months."

Very similar to Xbox One X. We’ll be doing the same graphical tweaks, and if there’s room left we’d also like to upgrade the resolution towards 4K. For instance, 3K could be a nice middle ground combined with other graphical upgrades.

Performance is something we will be working hard on in the next 2 months, so this is not final. However we’re currently aiming for 1920×1080 at 30 FPS. We will explore if it makes sense for us to use adaptive resolution if that helps guarantee a stable frame rate.

We’re always happy with more powerful hardware as that can make our job easier… although, since consumer expectations rise along with the hardware quality that’s not always the case in the end, haha.

We’re most excited about the SSD drives as that will make one of the biggest differences: finally, speedy console loading times!

The PS5 will have a Zen 2 CPU processor, which is a major leap over the Jaguar found in the PS4. How will this help in games development?

We use the Unity game engine for all our games, and we are always CPU bottlenecked. So with such an improvement to our weakest link (CPU), it will help greatly for getting better performance and producing better looking games. 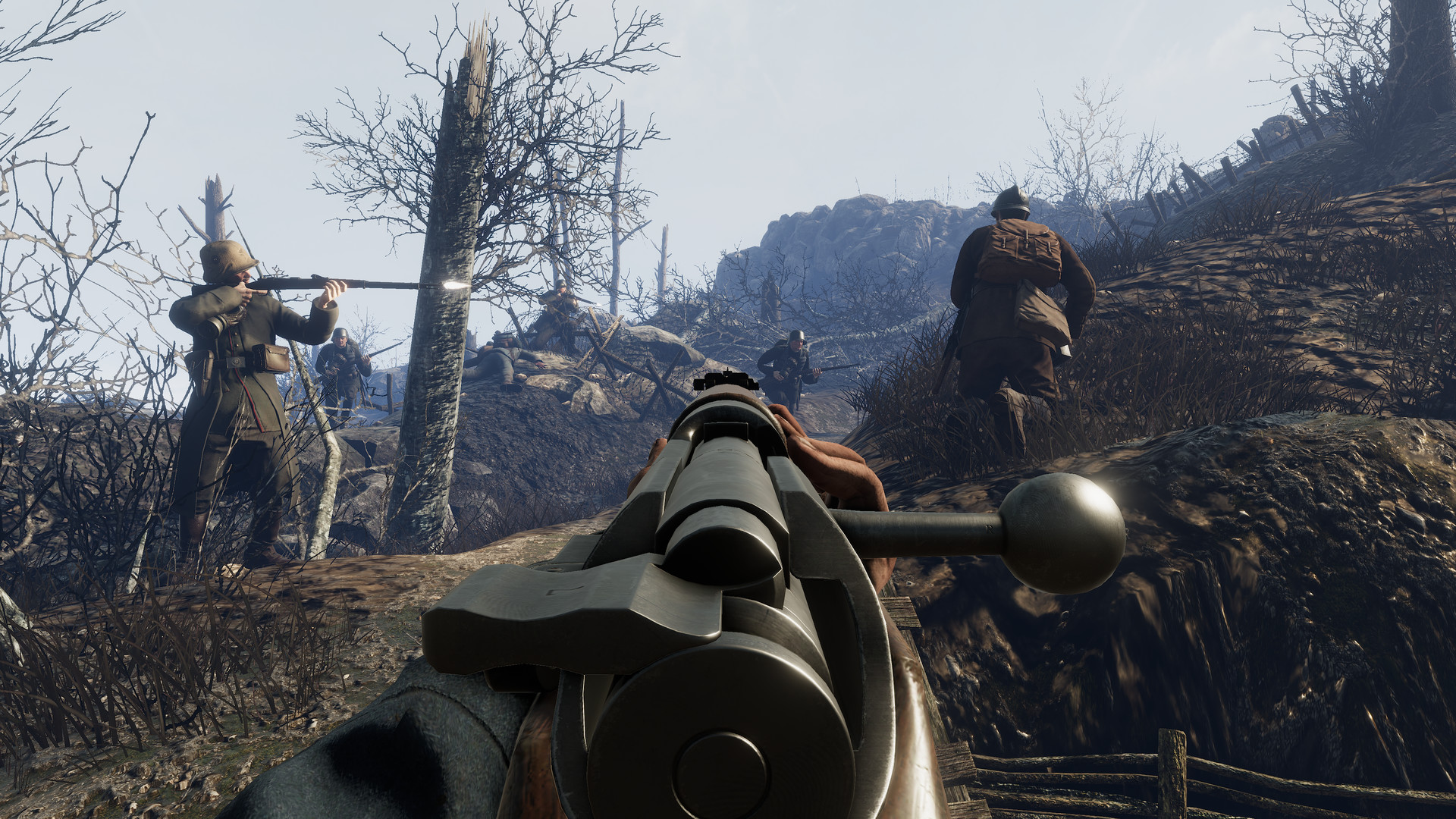 "We don’t currently have any plans for a Switch release… but never say never."

Predicting the future is a risky business! To be honest, it doesn’t feel like there are the right conditions or the right mood among the big studios for cross-platform to be a major feature of next-gen consoles right now, but things can always change! If it does happen, it’ll probably be one of those things where it feels so natural that you wonder how people ever lived without it.