Which bundle are you picking up? 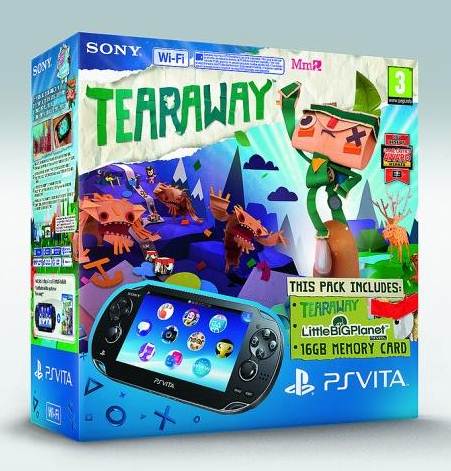 Earlier today, Sony announced that their new PS Vita bundle will synch up for a promotional effort with the upcoming PS Vita release, Tearaway. As a matter of fact Sony Computer Entertainment has announced that there will be multiple bundles, each of which offering a different deal.

The first package includes a wi-fi active PlayStation Vita, and a copy of  Tearaway. The second bundle offers the PlayStation Vita, a voucher for the full Tearaway game and an additional 4 Gigabyte memory card that gamers can put into their handheld.

The third and final bundle will exclusively be sold in the UK, and will include the PlayStation Vita, a 16 Gigabyte memory card, and vouchers for both Tearaway and Little Big Planet, another game that was developed by Media Molecule, and happened to be hugely successful.

The release of Tearaway was originally scheduled for October 22nd, but delays in development have pushed the proposed release date back to November 22nd.