Tekken has been one of the most beloved fighting game franchises on the consoles and arcade for so many years. And Tekken 6 doesn’t disappoint either. It’s the most refined title in the series. It offers the most comprehensive roster in the series yet. For veterans and new-comers alike, it delivers enough gameplay features to make everyone happy and hooked to it for sometime.

Right from beginning, first thing that will stun you is the amount fighters available, 41 to be exact. All the old favorite characters, including Lei, Nina, Law, Paul and others are back mixed with some new ones such as Bob and Leo. All this makes for an interesting lineup. Although little tweaks are made, here and there, but the veteran players will feel at home as far as their favorite characters moves are concerned. Some minor adjustments have also been made regarding how much damage certain combos inflict. 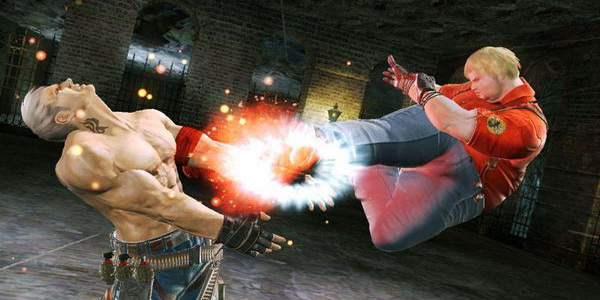 Tekken’s fight mechanics feature each limb assigned to a button on the controller. Each move and combo is pulled off via combination of these buttons. For all the Tekken experts, pulling off these outrageous combos is a piece of cake. Idea is to launch your opponent in the air, keep him there as long as you can and take as much advantage as you can by inflicting some serious damage. But that’s not it, other amazing moves include throw counters, wall juggles, roll evasions etc. 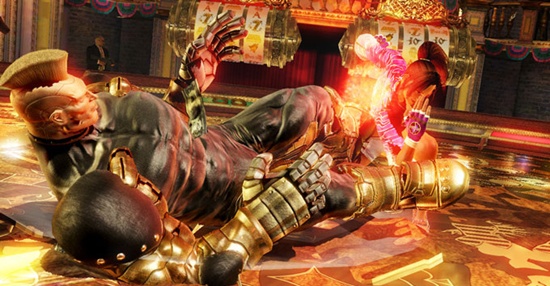 There are plenty of gameplay modes on offer here. Most obvious one is the arcade mode where you rank up you selected character against AI opponents. Various AI levels are on hand, from very easy to ultra hard, and depending on your level of experience you can set the appropriate difficulty level. If you are constantly getting thrashed from AI or your buddies then you have a chance to master and polish your moves in a comprehensive practice mode. You can improve your defense here too by practicing against an aggressively attacking AI.

Tekken 6 also features a Scenario Campaign, which is a beat-‘em-up multihour addictive mode taking place on various locations. It follows the story of Alisa and Lars, the two new characters in the game. You unlock an arena after beating few initial levels in the Scenario Campaign. Unlike the arcade mode, only a few characters are available in the arena and you unlock more of them by playing through the storyline of various characters. It also rewards you with various unlockables and ending video of each character. All in all this mode offers 6-7 hours of gameplay which while being a bit repetitive, is still fun and has quite a good deal of replay value. 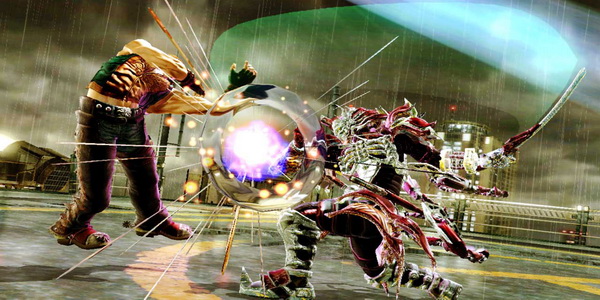 Moving onto the online component of the game and it features same online modes you’ll come to expect with both ranked and unranked matches. It must be admitted here that online multiplayer is quite a disappointment mainly due to severe amount of lags. There is great deal of controller input lag even on the fastest of the connections. Somehow if you come across tolerable levels of lag then it can be quite fun.

Tekken 6 is not visually as stunning but it doesn’t mean that it’s an ugly game. Character models are impressive running at 60 frames per second. But some noticeable aliasing and bland textures do make it less pretty on screen. Otherwise sound is top notch with some impressive sound effects. Overall Tekken 6 is great game offering enough features to make the Tekken fans happy till next title but that doesn’t mean newcomers shouldn’t try it out. It’s the most complete Tekken experience and a must have for all the fighting game fans.

The King of Iron Fist Tournament is back with a bang!

A copy of this game was provided by developer/publisher for review purposes. Click here to know more about our Reviews Policy.
Tagged With: ps3, Tekken 6, xbox 360