Terminator fans have had a rough go of it since Terminator 2: Judgment Day. While Terminator 3: Rise of the Machines and Terminator: Dark Fate are decent and often fun movies (especially the latter), the franchise has mostly spent the last 30 years trying to recapture the magic that the first two films captured so effortlessly.

"Resistance isn’t your traditional first-person shooter. Rather than dropping you into linear levels, Resistance drops you into large environments, gives you a few mission objectives, and lets the player handle things more or less however they’d like."

Resistance isn’t your traditional first-person shooter. Rather than dropping you into linear levels, Resistance drops you into large environments, gives you a few mission objectives, and lets the player handle things more or less however they’d like. Resistance is a slow-paced FPS. While there are more linear, action-focused segments in the game, you’ll generally spend your time sneaking around environments, scavenging supplies, opening doors with your lockpick, and hacking turrets.

Environments are huge, with lots of hidden secrets to find and side quests to complete, so it’s a good thing that exploring them is both engaging and fun. You’ll probably spend a lot of your time moving slowly, toggling the visor that lets you see machines through walls, to make sure you’re not about to be attacked. None of what Resistance’s exploration offers is new. You can blow up damaged walls and crawl through vents, and the items you find can be used as crafting materials, but all of it works well enough and each level is designed in ways that make you want to explore, even if it means backtracking.

When it does come, combat is harrowing. While you’re almost always armed in Terminator: Resistance Enhanced, you’re often overmatched, especially early on. Ammo can be scarce, and just about everything, even basic enemies like Scout Drones and Spider Scouts can be deadly. Rivers’ health doesn’t regenerate; to heal, you must use health packs, so every encounter is not only dangerous in the present but can significantly weaken you for future fights. Humanity is just scraping by in the Terminator universe, and Resistance is brave enough to make that the players’ reality, as well. You scratch and claw for everything you get early on, and a straight-up fight is only often suicide – especially if you’re going up against a Terminator. 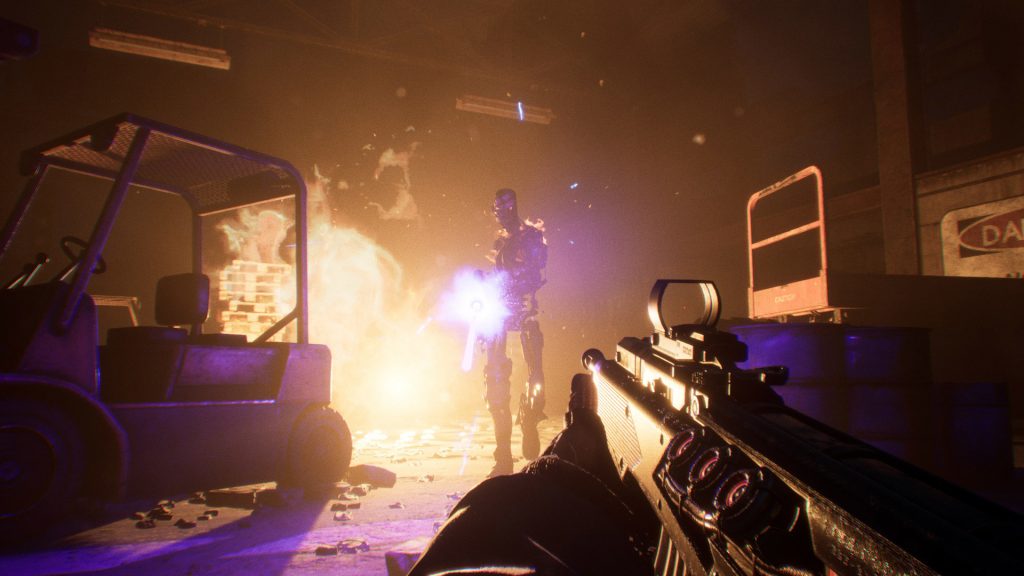 Terminators aren’t something you fight in Resistance, at least initially. They’re something you run from. Terminators are fast, heavily armed, and incredibly intimidating. Engaging one early on is a poor decision. Fighting more than one is often a death sentence. Resistance uses this tension – of having to inhabit an environment with Terminators without alerting them to your presence – to build several of its best sequences. An early standout requires Rivers to sneak through a bombed-out hospital, avoiding Terminator patrols, utterly helpless to engage them as he searches for fellow Resistance members.

That doesn’t last forever, however. As Rivers gains experience, levels up, acquires new skills, and gets more powerful weapons, players can engage in combat more easily. Terminators never become trivialized – you still have to plan how to approach them, and they’re still deadly, especially up close – but they do get easier. Luckily, Resistance always seems to have more -and bigger things – to throw at you. Still, I do think the game was at its strongest when it emphasized how outmatched you are, and I wish the action sequences – which are, to be fair, often pretty good – lived up to the game’s best stealth-focused sections.

Between missions, you’ll wander Resistance’s hub, chatting with other characters, learning their stories, purchasing new equipment, and acquiring side missions. How you respond to characters matters, as it can actually change the game’s ending and open up new aspects of a relationship with a character. Resistance’s story isn’t exceptional, but it is solid, and I was invested enough in the writing and the performances to care about the characters and what happened to them. 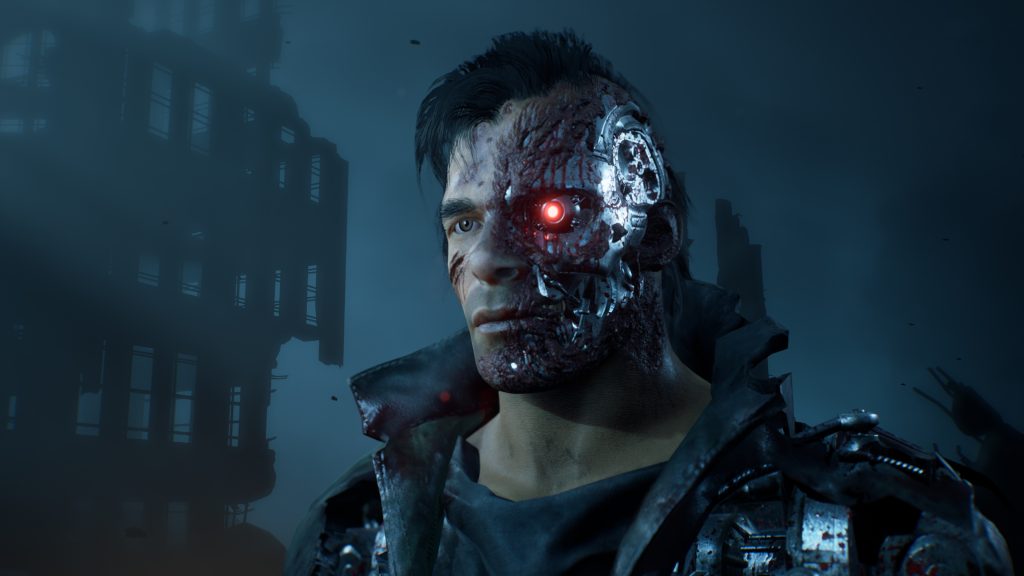 "Teyon was clearly working on a budget here, and it shows. Character models, while not terrible, aren’t as good as what you’d see in a triple-A title, and they don’t animate much, even in conversations."

Unfortunately, not everything in Terminator: Resistance Enhanced comes together so well. Teyon was clearly working on a budget here, and it shows. Character models, while not terrible, aren’t as good as what you’d see in a triple-A title, and they don’t animate much, even in conversations. Mostly, you just see their mouths move. The game also features some fairly muddy textures, and the voice acting is a bit hit and miss.

Enhanced fixes some of this, running at a pretty much locked 60 FPS, boosting the resolution, and increasing the load times. The latter is by far the most impressive: Enhanced loads in about 2-3 seconds, which is very welcome. Ultimately, Terminator: Resistance Enhanced is a better version of the game, but it can’t hide that this was a budget release. It does look and run better, but you wouldn’t mistake it for a triple-A release.

In addition to the technical enhancements, Enhanced adds updates from the PC release. The biggest of these is Infiltrator Mode, which lets you play as a T-800. The mode is around 45 minutes to an hour long and must be completed in a single sitting. In it, you step into the metal skull of a T-800 that is tasked with assassinating a high-ranking member of the Resistance. To find them, you’ll travel across a map repurposed from the campaign, gathering intel and fighting the Resistance. 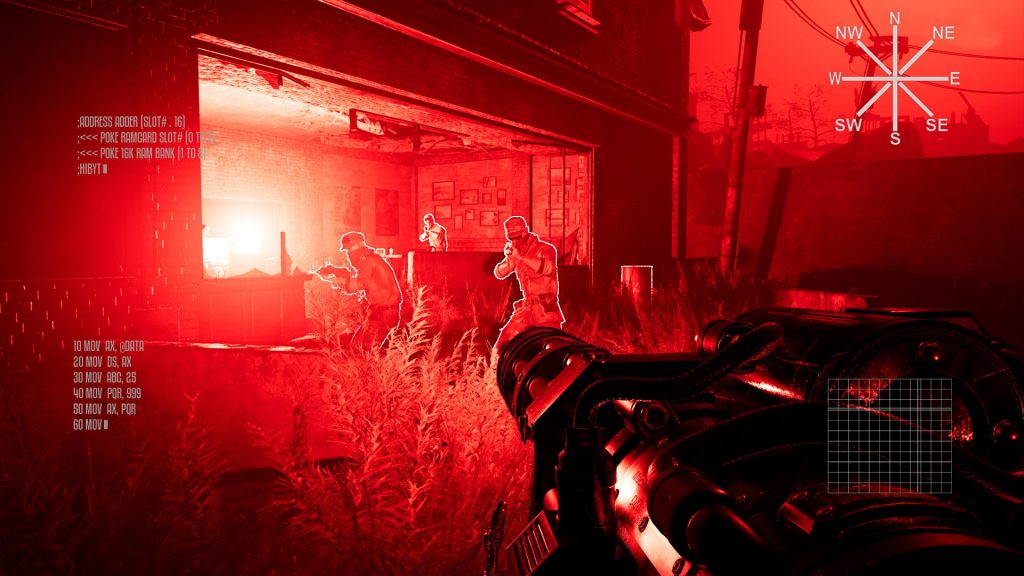 "You first realize the difference in power the first time you rip out a minigun out of its mounting and carry it around. The T-800 doesn’t need to find materials or craft. He just needs guns. Lots of guns."

Unlike Rivers, the T-800 is a killing machine more than capable of waiting through dozens of Resistance members without issue. You first realize the difference in power the first time you rip out a minigun out of its mounting and carry it around. The T-800 doesn’t need to find materials or craft. He just needs guns. Lots of guns. As tough as he is, however, the T-800 isn’t invincible. Teyon balances the T-800’s strength by limiting your access to healing items, forcing you to scavenge them off of other Skynet forces. I often found myself at low health, searching for some more downed robots so I could heal just a little bit.

Death means restarting in Infiltrator mode, so there’s a nice balance between feeling absolutely unstoppable and also a bit vulnerable when it’s been a long time between repair kits. Teyon also nails the T-800’s hud. Text scrolls along the upper left, things you come into contact with are scanned, and taking damage causes your vision to malfunction as static and tearing fills the screen. There are also some very nice secrets and throwbacks in the mode that I won’t spoil. It’s a good addition, but I do wish that Infiltrator mode had its own map and that there was more to do aside from gathering intel. 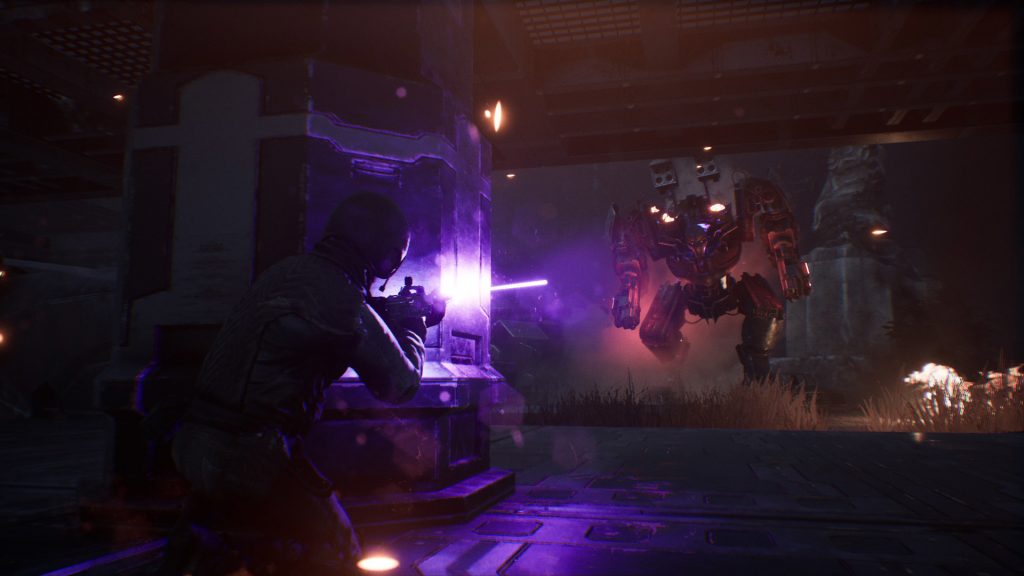 "Even Enhanced, Resistance’s budget nature shines through. Anyone who can get past that, however, will find a surprisingly solid game that respects the IP and often punches above its weight."

I enjoyed Terminator: Resistance Enhanced much more than I expected to. While the game doesn’t do anything particularly new, it does everything it attempts fairly well and absolutely nails the atmosphere, tone, visuals, and sound of the Terminator films. That it features a pretty solid story and some compelling gameplay is a bonus.

Enhanced is clearly the best version of the game, and its upgrades and additions, particularly Infiltrator Mode, are welcome additions, but nothing added is going to make anyone think this is a triple-A title. Even Enhanced, Resistance’s budget nature shines through. Anyone who can get past that, however, will find a surprisingly solid game that respects the IP and often punches above its weight. Terminator: Resistance Enhanced manages to deliver a fun, if flawed, experience, and in a franchise as deeply flawed as Terminator has been for the last three decades, that’s not too bad a fate.

Fantastic visual and audio design that matches the movies. A solid story and characters. Engaging stealth and action gameplay. Big levels with lots to do.

It's clearly a budget game. Stiff animations and character models could be better. The action gameplay isn't quite as good as the stealth gameplay. Infiltrator Mode reuses a map from the campaign. A bug that causes trophies not to unlock. Voice acting is hit and miss.

Final Verdict:
FAIR
While Enhanced can't hide Terminator: Resistance's budget origins, this is a solid licensed game that honors the franchise that spawned it. If you can overlook its budget-related flaws, this is a fairly enjoyable take on the Terminator license.
A copy of this game was purchased by author for review purposes. Click here to know more about our Reviews Policy.