When I first saw Terminator Salvation a couple of months, I was really excited for the game as it was coinciding with the film’s release as well. However I have to say this with disgust the game is no where as good as the film. I don’t know what the developers , GRIN were thinking when they were developing the game. So the game starts off with you taking on the role of John Connor, the last hope of the humans , in their fight against the machines. You will be mostly be accompanied by your team mates throughout the game. So the plot is basically the same as that from the movie, but the developers have really messed up with the story here. The game doesn’t care on explaining why the protagonist is fighting , who are his allies and who are these machines and where did they come from. The game starts off with a cutscene that shows John running away from the machines. The first cutscene really got me excited as I thought there will be alot of variety of enemies and bosses to fight against , but as it turns out Terminator Salavtion turns out to be a huge disaster. 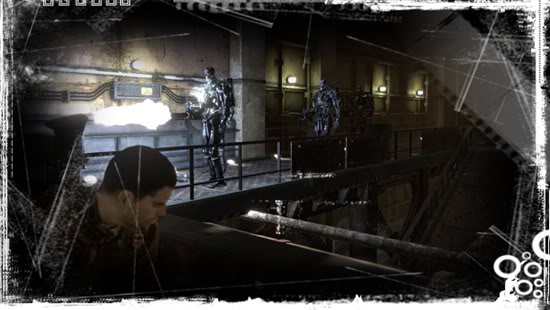 Now I have talked about the awful plot of the game. Now let me tell you accompanying an awful plot is a horrible display of gameplay. The main character can just run, shoot aand take cover. THAT’S IT! There is nothing more and unique about the gameplay. You will be fighting your way across the totally destroyed city of Los Angeles with your team mates. You will be facing the same type of silly enemies again and again. The spiders which are pretty tough and take a lot of bullets are the only ones whom i will make them as a standout enemy. The flying machines are just a rip off from Playstation 3’s popular first person shooter franchise: Resistance Fall of Man. Than there are the awful machines you will fight against in the game. These guys look tough but the way to take them down is damn easy. Stand up and Shoot. And those machines will be gone in no time. Other enemies include the flying harvester which I thought was a big joke. How on earth can such a big bird be brought down by two RPG’s! I mean common man put some realism factor in the game. There is no such variety in the enemies. You will be facing the same again and again with no one really posing a huge challenge. 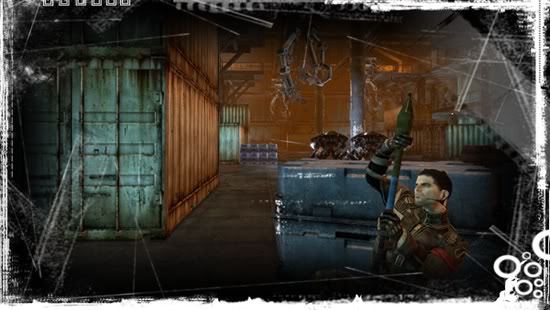 You will have quite a bit of armory at your disposal. The standard machine guns, the shot guns and the rocket launchers, along with standard and fire grenades. I donno in which century the developers live in as the guns sound like really dreadful. Talking about the your team mates. They can only help you in one way. When your clip is out , they will fill you in with ammo. Create something unique. It would have been better than Jack could have gone alone in this mission and still make it through the campiagn. As it is who needs team mates with awful AI. One thing really that standouts and I hope other games will implement is the cover system. I really liked how the cover system is implemented in the game, something very different than what the Gears of War franchise has. But for the cover system alone who will pay $60!

The city of Los Angeles does look very beautiful but its really a huge shame that character animations and model are absolutely garabge. The animations are out of snyc at most times and CG cut scenes are poorly implemented. Though some of the lighting and shadow effects have been pretty well implemented. The voice acting is awful and with Christian Bale himself refusing to lend his voice for the game really does seal the fortune of the game.

Theres absolutey nothing to be found in the game. The game can be completed easily under 4 hours. I mean $60 for 4 hours of game play, that’s really a joke. No replay value, awful story and mediocre graphics make this one of the prime candidates for the worst game of 2009. For those willing to waste their money and time should keep their hopes high on this one. And i know theres no one from you who will fall in this category. Terminator Salvation fails at all scenarios: Gameplay, Visuals , Graphics and other categories. At a time where games like Riddick, X-Men and Wheelman did pretty good, a game like Terminator Salvation reminds us of the unstable condition of movie based video games.

Final Verdict:
POOR
Terminator Salvation is a very good example on how can one fool gamers and that too at a full price.
A copy of this game was provided by Developer/Publisher/Distributor/PR Agency for review purposes. Click here to know more about our Reviews Policy.