Test Drive Unlimited 2 is the Sequel to the 2006 game of the same name, and the tenth installment in the Test Drive franchise. It was developed by Eden Games and published by Atari for Xbox 360, PlayStation 3 and Windows PC. 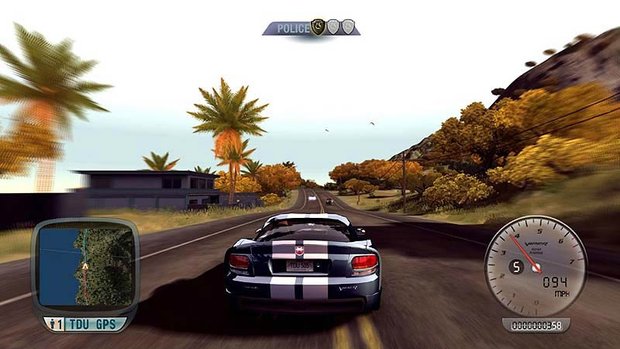 Not the most visually-stunning, but a solid game experience.

“Unlimited” is a big claim to live up to. The lawyers of the world are no doubt getting the litigation-twitch after the revelation that, actually, Test Drive is not “unlimited” at all. However, when there are this many challenges, side missions, vehicles, things to buy, items to find, some 3000km of roads to explore and, no doubt, hours of downloadable extras yet to come, you can forgive a certain amount of hyperbole.

After the cult success of Test Drive Unlimited, the makers discovered that what people liked most about the game was its level of interactivity – the fact that it became an online social hub, where friends could hook up irrespective of real geography, go for a “drive”, listen to some music and have a chat. That aspect is here and has been tweaked to the nth degree: this time you can set up race clubs, compete in group challenges and hang out at each others’ virtual apartments – all of which adds many hours to an already deeply-involved game. 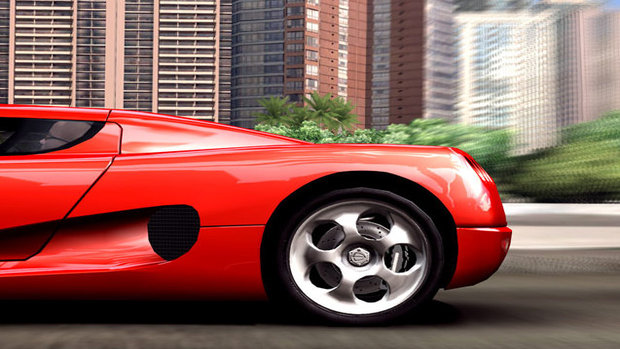 Sexy Cars in Sexy Locales… What more do you need?

That takes care of the 14-year-olds looking for a Facebook alternative, but what about the rest of us? Well, from a solo perspective there’s much to recommend TDU2. At the start of the game – after a dream sequence that gives you a little taste of the vehicles to come – you’re an Ibiza-based car valet with a dream and a bit of driving ability who gets a shot at the “big time” – a series of race events called Solar Crown. This throws you into various road races, time trials, speed tests – where you have to maintain a minimum speed for as long as possible to rack up points – and assorted other challenges.

There is a storyline for the player to follow. To progress through the game, the player has to earn experience points to level up through the 60 levels. These points can be earned via 4 categories:

Win those, collect cash, buy new cars, enter the next race… you know the drill. Here though there’s considerable variation, where you can ignore challenges and just cruise the island, discovering new shops, real estate agents, car dealerships, car washes, etc. Plus, in order to enter the next class of race, you’ll first need to perfect some new skills and obtain the relevant licence. And once you’ve finished Ibiza and have earned enough money to buy a yacht you can sail to Hawaii and start a whole new island full of challenges. 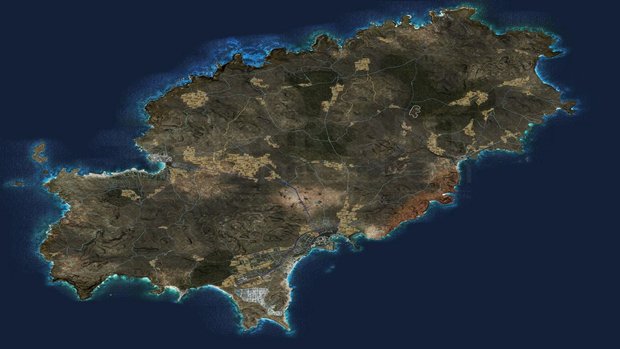 There are also an extra 10 Levels available to those who acquire the Casino Online DLC/Pre-order Bonus, these levels are achieved within the casino itself.

The player can earn extra money depending with how the player drives. Driving like a daredevil and performing stunts, drifting through turns at high speeds and evading crashes and the traffic will earn the player extra cash. Exploring the island lets the player find vehicle wrecks which will unlock exclusive vehicles at the dealerships on the island. The player can also walk out of the car in vehicle shops,player houses, clubs and the optional casino DLC. 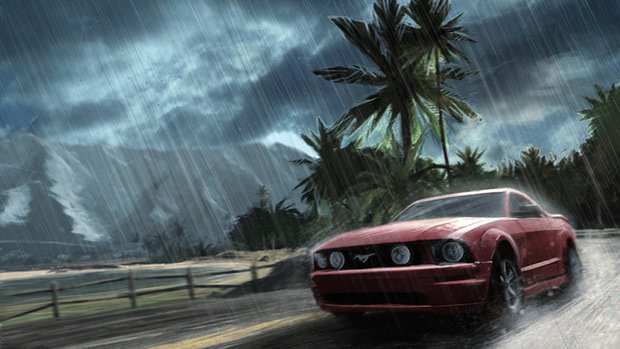 Eden have “spent years” working on the physics model for TDU2 to give each car its own handling. Dynamic effects like weather, lighting and dirt/cosmetic damage have also been overhauled.

The player’s avatar can be altered by changing hair, clothes, physical appearance and their attitude and facial features, and they can also buy houses. Co-op will also make an appearance in the game including a Follow-the-Leader mode. In this mode, players will have to complete a route by driving through checkpoints. When a checkpoint is passed by the leader, the game promotes one of the other drivers as leader. Working together properly is made even more important as only the leader can see the route on his GPS display

Graphically, TDU2 isn’t the most elaborate thing you’ll ever see; the hardcore driving gamer will find it childish and unrealistic and yes, the car-handling isn’t as crisp and researched as, say, GT5. You’ll also probably find the odd glitch in animation and environment (particularly if you head off road) but in terms of depth of play and regular jaw-dropping moments (sunrise or a thunderstorm for example) this is a game that will keep you occupied for weeks. Thanks to three skill settings, it’s instantly accessible whatever your experience level, features tons of little touches for the completist and isn’t shy on humour either. 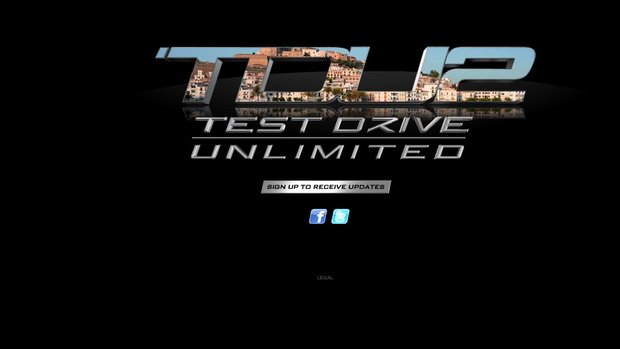 Now with Social Network connectivity, if that floats your boat.

I was particularly taken with the stoner who pays you just to drive fast and the way any changes you make to the look of your avatar require: a) the discovery of a plastic surgeon; b) a visit to said plastic surgeon; and c) an hour of post-op recovery during which your avatar will be wearing bandages. I think this game is great, but suffered from a low-key launch (I didn’t know a sequel had been made until it dropped through my door) and could really do with more exposure. The addition of Ibiza as a driveable location and the overhaul of Hawai’i means even if you bought TDU there’s no excuse for not buying this game too.

Graphics not as sharp as contemporary racing games, some minor glitches.

In terms of depth of play and jaw-dropping moments this is a game that will keep you occupied for weeks.

A copy of this game was provided by developer/publisher for review purposes. Click here to know more about our Reviews Policy.
Tagged With: Atari, Eden Games, pc, PlayStation 3, Test Drive Unlimited 2, xbox 360