The Adventures of Tintin: The Secret of the Unicorn Review

Movie adaptations of classic franchises are often a mixed blessing. Having grown up with the Tintin comics and the classic 90’s cartoon adaptation, I had high hopes for the recent movie (even if I didn’t expect its accompanying game to impress). Though the film disappointed me, the game matched my low expectations, serving as a shallow and dull expression of a franchise that is begging for a decent video game. That said, despite being flat and lacking in flair, The Adventures of Tintin is a fairly functional title that will hit home with kids and families who enjoyed the frivolous (though arguably confused) cinema adaptation of Herge’s intrepid reporter. 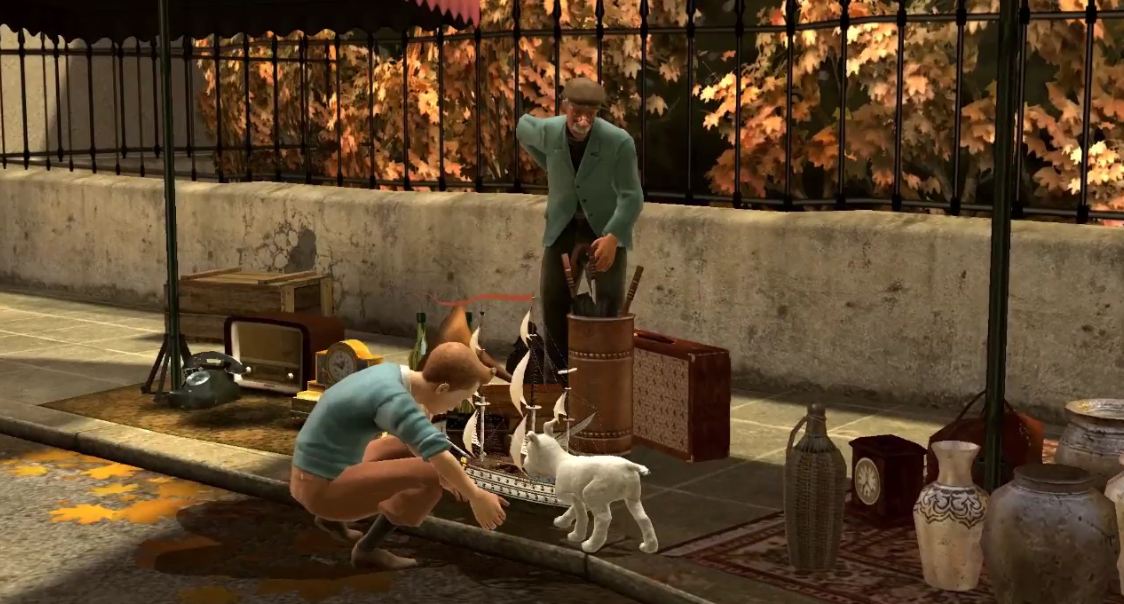 The game follows the plot of the film pretty well

The game follows the plot of the film, which in turn follows the original Secret of the Unicorn comic. It’s classic Tintin all over, seeing everyone’s favourite ginger journalist traipsing around the world as he unravels the mystery behind a series of old wooden ships. Throw in some bad guys who have the same goal, and you have a decent set up for a game. The general production values of the game also follow the film, with the same cartoon visuals that, whilst not exactly an accurate representation of the original comics I grew up with, do a great job of mimicking the film. Though the general graphics are fairly accomplished, several glitches serve to lower the bar somewhat, with several accounts of texture pop in and collision detection issues really ruining the suspension of disbelief. The sound offers an appropriate accompaniment to the cartoon roots of Tintin, with emphatically rhythmic background music and zany sound effects accompanying the adventure.

In terms of gameplay though, Tintin starts to show a few major gaps. The majority of the game plays out as a 2D side-scrolling platformer, albeit with the occasional vehicle or 3D segment breaking up the monotony. The alternative sections offer little in terms of gameplay variation though, with navigation being your main goal. In fact, come to think of it, The Adventures of Tintin never really breaks from the shackles of the “go from A to B” objective. Repetition becomes the name of the game with Tintin, and a large majority of this is to do with the game’s difficulty. It’s easy; very easy, to the point where combat and platforming feels very automated. Skill is secondary in Tintin, with random and frequent button presses getting you everywhere. Though this takes the wind out of the game’s sails somewhat, it does make it accessible to the kid and family audiences that Tintin is so clearly being marketed at. 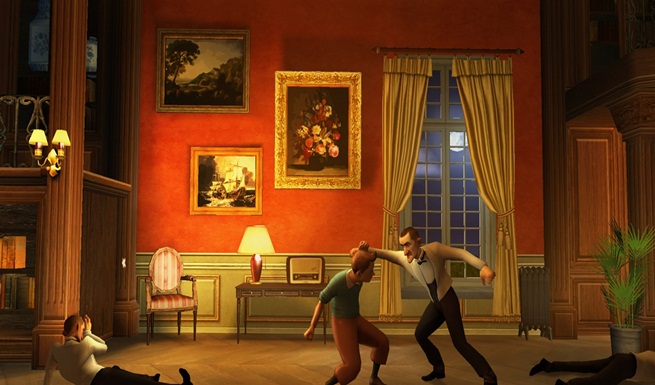 The combat is functional, though it never becomes anything more than random button presses

Though combat and platforming can often feel slightly underwhelming, there are smatterings of 2D stealth sections that become kind of interesting. Puzzles start to formulate around these sneaking sections when armoured enemies begin to enter the fray. A few other puzzles are present throughout, but they mostly revolve around picking up objects and throwing them at a distant switch or enemy. That said, it’s still better than nothing.

Though the actual story mode isn’t especially long, Tintin has added staying power on account of the additional two player levels. They take on the form of a dream that Captain Haddock is having and, freed from the shackles of reality, the levels actually become far more engaging than their film following single player counterparts. This mode offers a choice of playing as Haddock or Tintin if you take the levels on alone, with the two characters sporting unique abilities that are required to traverse various obstacles. Whilst this mechanic adds only a thin veneer of interest to the game’s standard formula, it sets up a two player local co-op scenario that is fairly enjoyable. Two players always make a game better. Aside from the dream-scape levels, many of the game’s vehicular sections can be replayed as challenges with the option of motion controlled input; if that’s your sort of thing. You use either your PS Move or Kinect based on your platform of choice but, whilst it’s a nice enough idea, the implementation feels weak, with loose controls and unsatisfying gameplay. 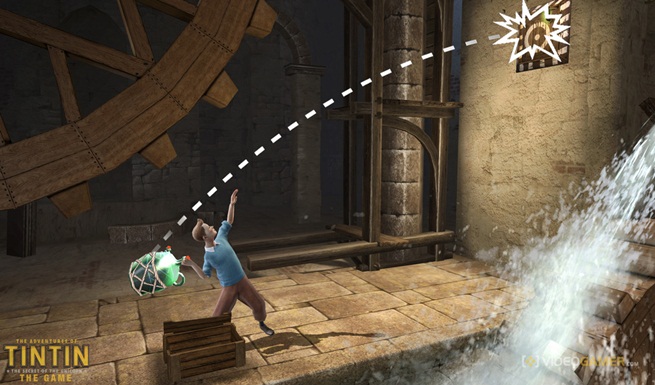 The puzzles spice up the gameplay somewhat, though they are incredibly easy

The Adventures of Tintin isn’t the worst game I’ve ever played and, hell, it isn’t even the worst film adaptation I’ve sampled. What it is though is a check list of platforming clichés with little else. It includes all the elements that seem to be required by movie games these days, but the individual sections fail to stack up to anything more than the sum of its parts. Younger audiences who loved the film will get some enjoyment out of Secret of the Unicorn, but other players will be better served elsewhere. Let’s just hope that Tintin will get the game he deserves sometime in the future, as this is certainly not it.

Final Verdict:
FAIR
The Adventures of Tintin brings the action of the recent movie to life with a veritable check list of platforming film tie-in clichés. Though it ticks the boxes, it manages to do so in a way that is devoid of creativity or flair.
A copy of this game was provided by Developer/Publisher/Distributor/PR Agency for review purposes. Click here to know more about our Reviews Policy.